Every now and again, we come across a question that just seems out of place, but truth be told; since Freemasonry is a mystery to many, I can’t blame anyone for asking questions such as this.

Was Hitler a Freemason?

No – Hitler was not a Freemason.

However, Hitler tried to eradicate Freemasonry from Nazi Germany.

He even specifically mentioned Freemasonry (by name) as a threat to the Nazi vision of Europe in one of his speeches which luckily, we have a video of here:

Freemasonry did not fare well during those times – many Freemasons (even non-Jewish Freemasons) were shipped off to concentration camps and suffered the consequences that came with that.

Some masons managed to flee the grip of the regime and found refuge in other countries such as the United States and Isreal.

There’s not much that can be said about those awful dark times, but the truth is that many suffered horribly under Hitler’s fight on Freemasonry, which also brought forth the ‘Forget me Not” symbol which you’ll read more about below in the “Freemasonry in Nazi Germany” segment

Below you will find a poster issued during those dark days.

In early 1934, the chief of the Nazi Party Court System ruled that Masons who did not leave their lodges prior to January 30, 1933, could not join the Nazi Party.

That same month, Prussian Minister of the Interior Hermann Goering issued a decree calling upon the lodges to “voluntarily” dissolve.

So Was Hitler A Freemason?

Far from it – in fact; he was the biggest threat to Freemasonry and the entire world at that time.

However – in a bit of twisted irony; Hitler was eventually defeated by a Freemason. 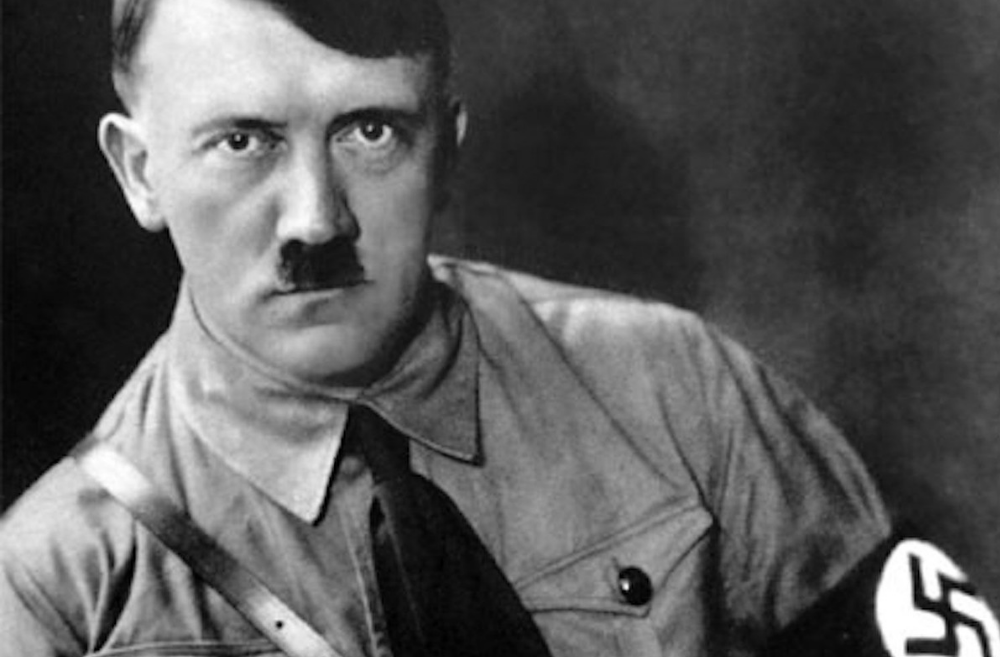 Yep, that’s right – Winston Churchill who led the United Kingdom to victory in World War II against Germany was a Freemason – a fact that has been proven by many historians.

It’s funny how the world works isn’t it?

Often perceived as a secret society, Freemasonry and its members have been persecuted, oppressed and banned in many countries throughout history.

With their sights set on complete control, Nazi Germany definitely had no place for Freemasonry and tried its very best to eliminate it once and for all.

Freemasonry in Nazi Germany was persecuted heavily, and not just in Germany, but also in the conquered countries.

When Adolf Hitler came to power and started devising the ideal state, he began to eradicate Freemasonry and started his Anti-Masonic campaign.

Hitler wrote that Freemasonry “belonged to the Jews”, and while hatred against the Jews was being cultivated in Germany, these claims justified Hitler’s persecution of Freemasons. 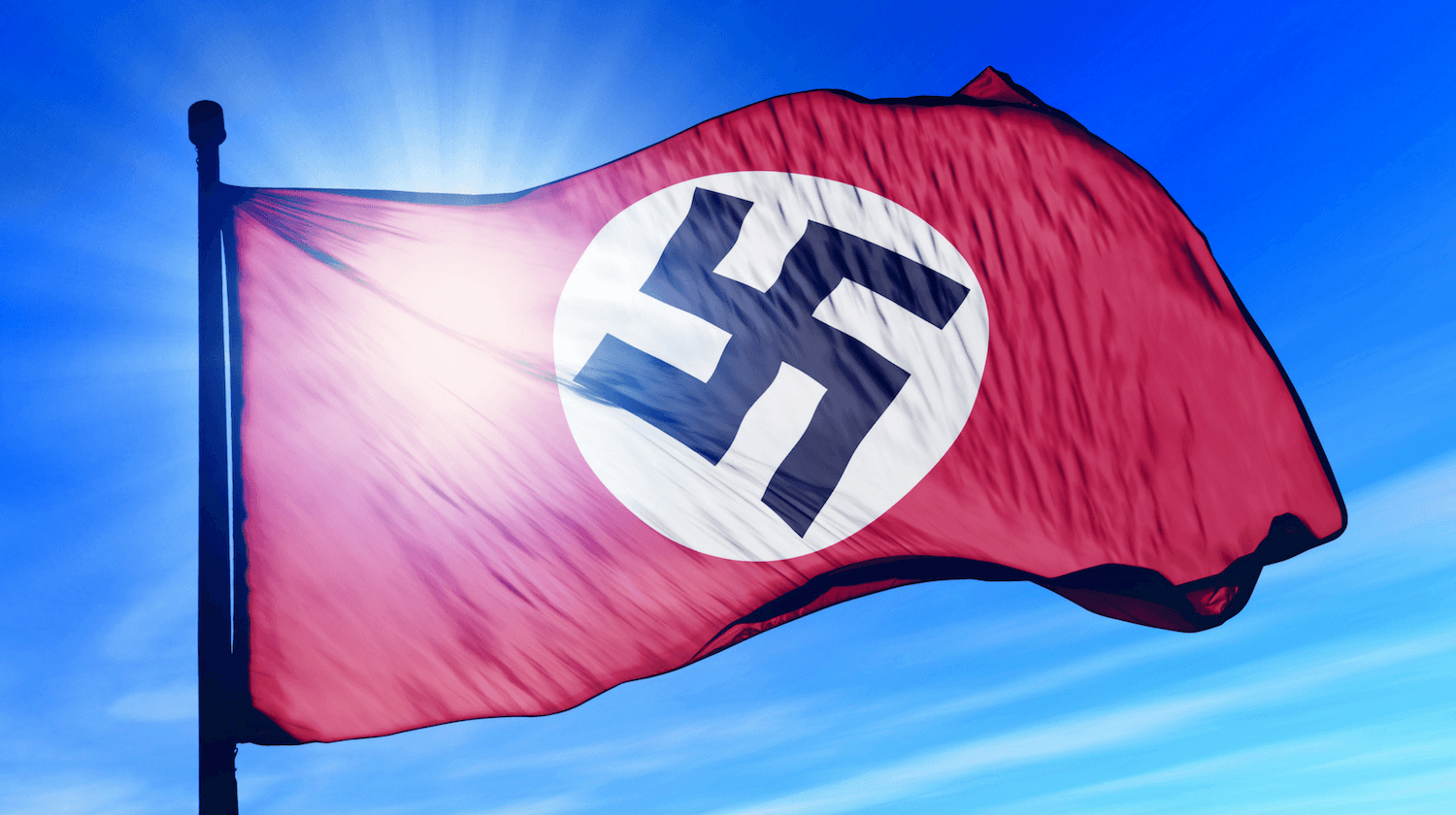 While some Freemasons were truly Jews, Hitler’s real reason for persecuting Freemasonry was that he was afraid this “secret” society could cause his defeat.

Many even claim that Hitler secretly admired Freemasonry as an organisation and wanted to form his regime similar to the institution of Freemasonry.

For this reason, Hitler believed that Freemasonry had to be destroyed so the regime could retain full power. 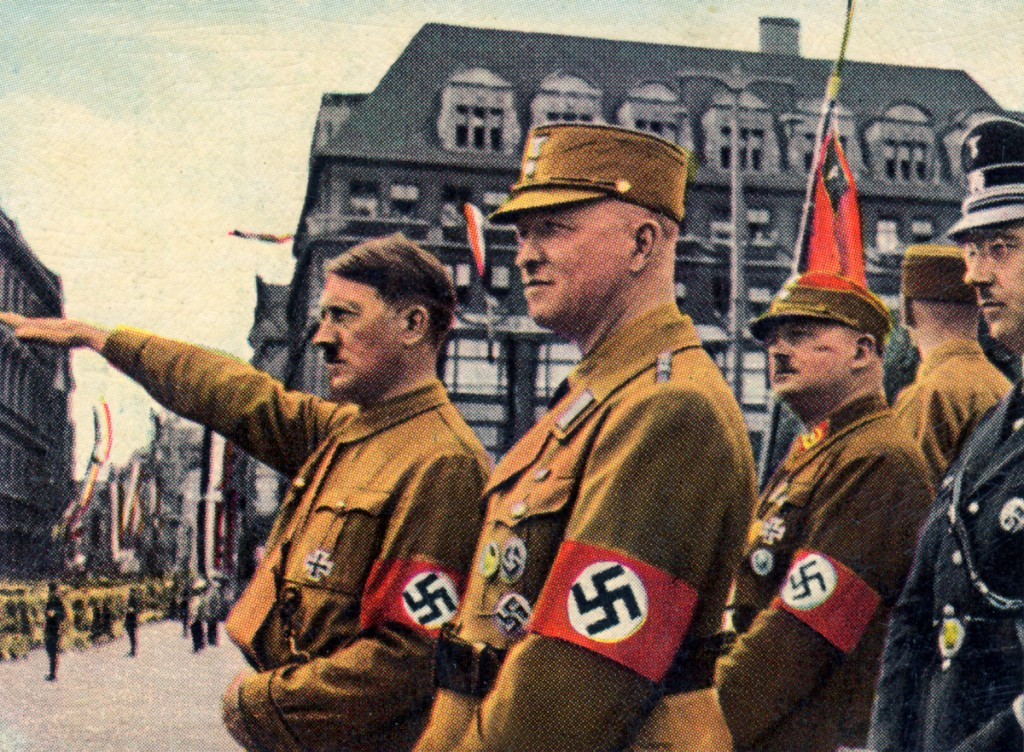 In the early 1930s, Hitler put forward “The Enabling Act” to try to eliminate Freemasons.

This Act brought about the confiscation of Lodges, and also including all Masonic properties such as libraries., building and monuments.

Hitler claimed “there was no place for Freemasonry in the new Germany” and accused the Freemasons of conspiracy against his government.

The Nazi regime tried to exclude Freemasons from the state by forcing them to close down Lodges and by limiting what they could do in the State.

For example, civil service Masons were forced to leave their jobs, and men had to choose between being Freemasons or state employees.

Soldiers could not be Freemasons either; in fact, Hitler’s soldiers attacked some Lodges in certain parts of Germany which had not been forced into dissolution.

Freemasons were persecuted under the pretext that they were the enemies of the state.

Many were put in concentration camps where they were treated as political prisoners while many others were killed. The exact number of men killed due to their affiliation with the craft was never known.

The Persecution of Freemasons 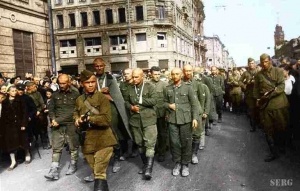 Hitler persecuted Freemasons in all territories he conquered, and Germany’s allies were made to do the same.

Lodges were dissolved and confiscated in many countries by Nazi Germany and thousands of Freemasons were killed in cold blood.

Although Nazi Germany was doing everything in its power to eliminate Freemasonry, it did not succeed.

During this full-blown campaign against Freemasonry, some brave Masons still kept operating – though in hiding – despite the persecution.

After Germany’s defeat, Freemasonry rose once more in Germany and in the countries conquered by it.

Nazi Germany had used propaganda to make Freemasons look like enemies of the state.

They tried to viciously eliminate them by dissolving Lodges and confiscating their properties, and putting Masons in concentration camps under the accusation of conspiracy.

While many Freemasons were killed during this period, Freemasonry rose again despite Hitler’s attempts to quell it. His efforts were all in vain.

The “Forget Me Not” 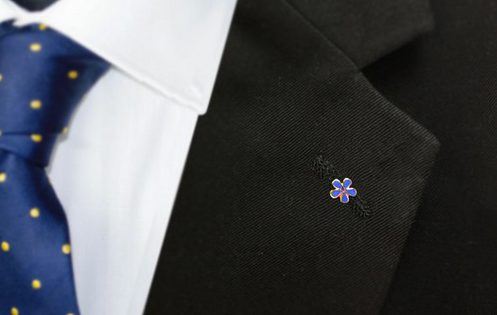 Decades later, we still remember those dark times via the symbolic Forget-Me-Not emblem.

The forget me not was introduced to help identify masons amongst each other as a way to secretly proclaim their affiliation while not visibly promoting it.

It is still used today as a sign of remembrance for all those who were persecuted, tortured and killed in Nazi Germany.

Thank you for reading, Brethren.

I hope you found this article interesting and enjoyable. Feel free to add your comment below with your thoughts.

If you’re an avid reader, you may also want to check out our Great Masonic Library collection, a collection of 300+ rare & out-of-print Masonic books from the mid-1800s that also features some publications about the persecution of Freemasonry in Nazi Germany. 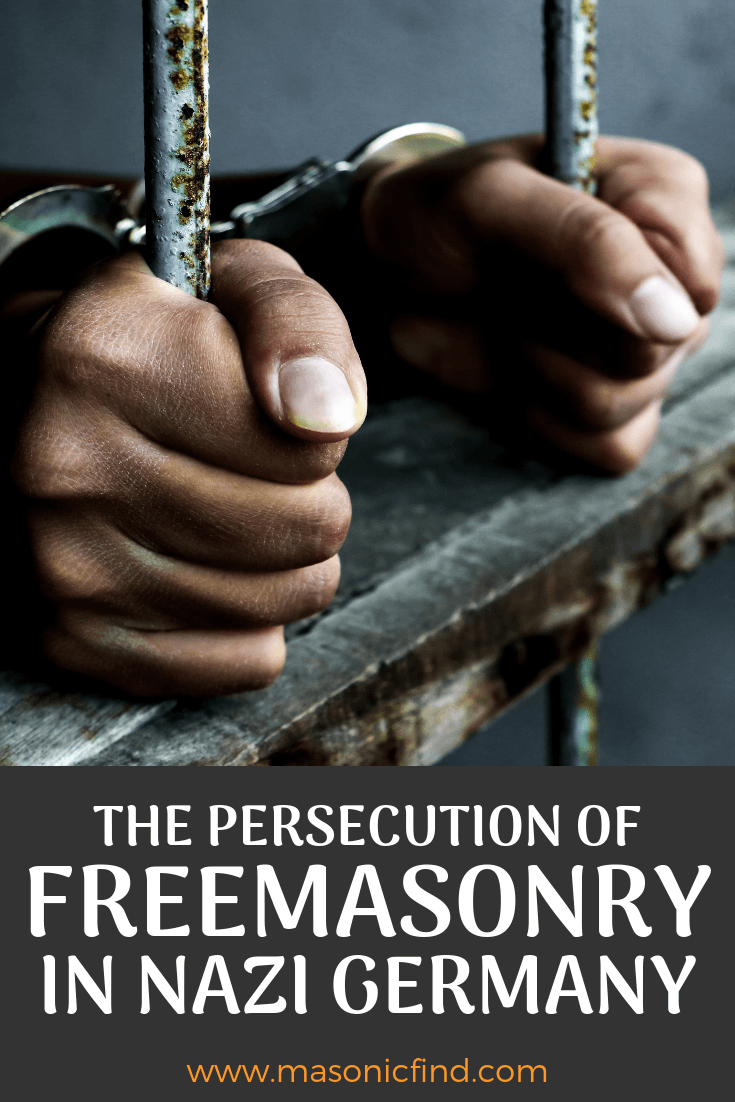