Is Juan Guido of Venezuela a Freemason?

From the following image which has just surfaced online, it seems like Juan Guido, the newly “elected” President of Venezuela (backed by both the US and the EU) seems to be at the very least; an entered apprentice in Freemasonry. 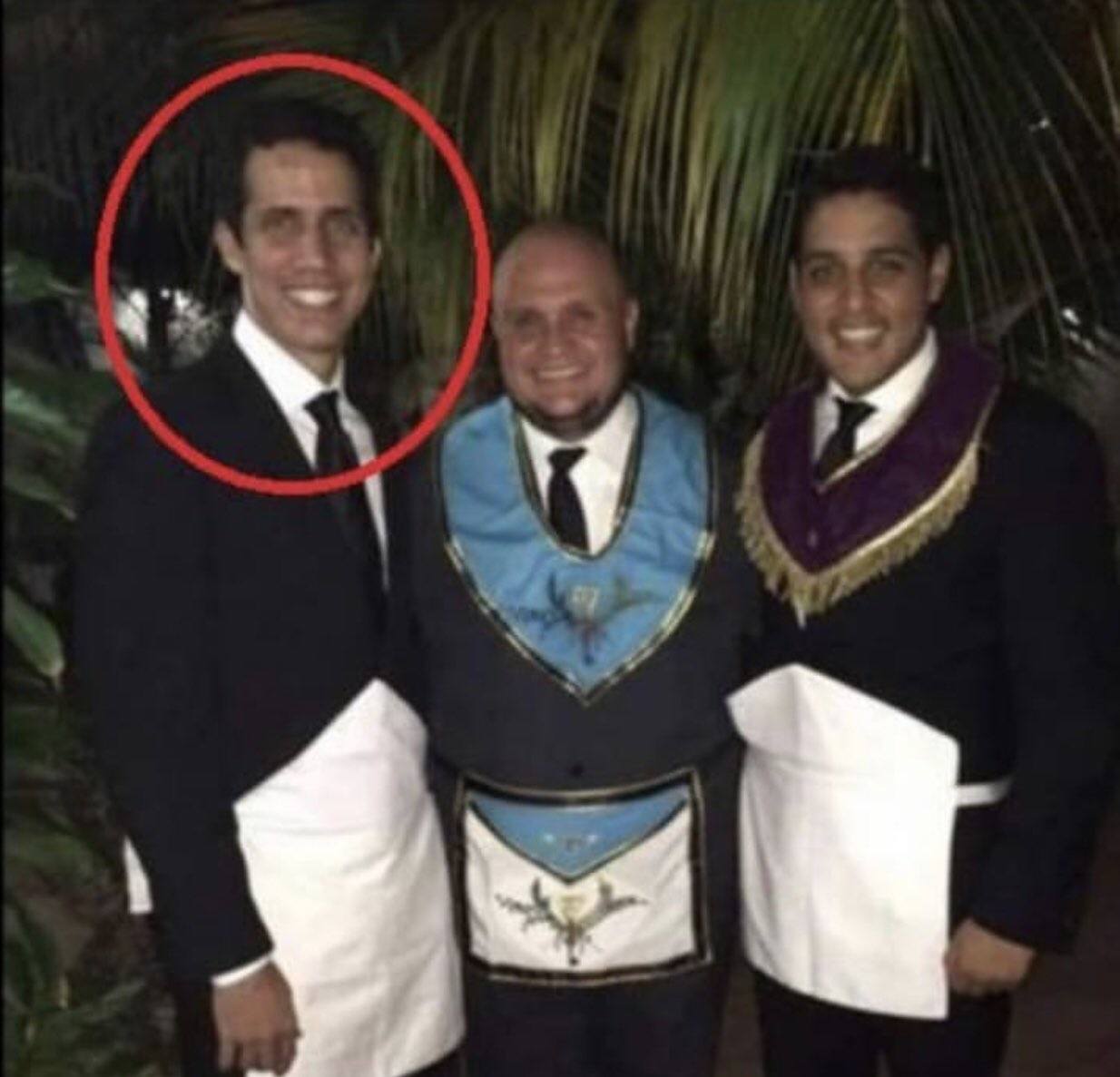 Is Juan Guido a Freemason? 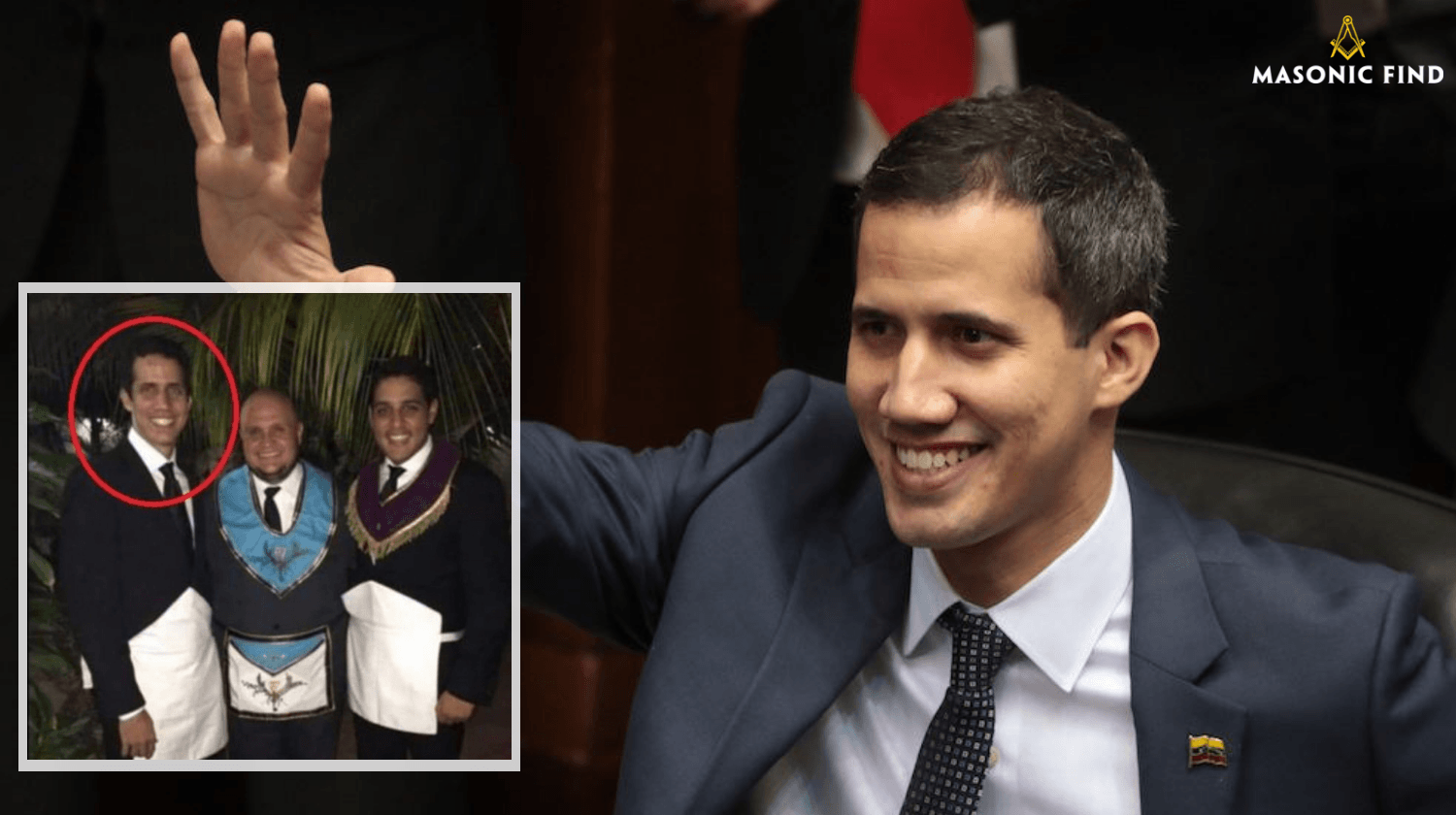 Although I’m not 100% sure if I had to bet I’d say that yes; the new President of troubled Venezuela seems to be a Freemason.

It’s not surprising to see a Head of State as a Freemason either. To date, there’s been a total of 15+ US Presidents who were Freemasons and the same can be said for many of Asia’s highest-ranking politicians. 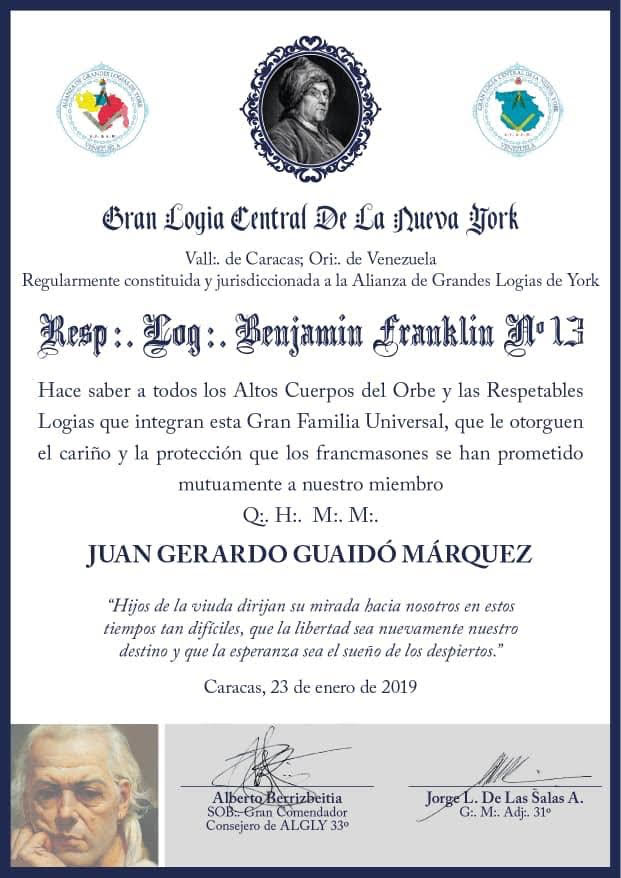 Could these images be fake?

It could be, but I doubt it. I even asked my Photoshop buddy his thoughts and he confirms the image seems legit.

Could it just be some sort of “hoax”?

I doubt that too. Powerful political figures such as Juan Guido do not usually play games with something like this. They’re either in it or not.

Update: A Confirmation Message From A Brother In Venezuela

I am pleased to send Masonic salute from Venezuela.

Answering your question about our temporary President of Venezuela, in fact, He was initiated in our Masonic order.

In May 2017, Nicolas Maduro, President of Venezuela who has been a dictator, convoked to an election but before that, he impeded that opposition candidates and political parties participate in that election and also he maintained in prison to a very popular candidate. The opposition did not participate at that time and for that reason, many countries in America and Europe do not recognize that election. That day most of the voter’s booth along the country were visibly alone without people. However, the Election National Center which is controlled by the government said that million voted. Of course, Maduro won that election because he ran alone.

On January 10, 2019, Maduro ceased to be a legitimate President and for that reason, under the Constitution, he’s illegitimate and Guaidó assumed in his place. Of course, Maduro did not accept this decision which is supported for the majority of Latin American countries, Canada and USA, and many Europeans democratic countries which support to our brother Guido because he is acting under the Venezuelan Constitution.

What I write here is not in any form influenced by political ideology or a particular interest of mine. It is the true, exposed by a Master Mason.