Disability is common and comes in many forms, physically and mentally. Some wonder whether this prevents one from becoming a Mason.

Can you become a Freemason if you are disabled?

However, Masonic Lodges try to be as accommodating as reason allows. Here we will go over how a Lodge may work around a disability and also what disabilities may truly prevent initiation in Masonry. 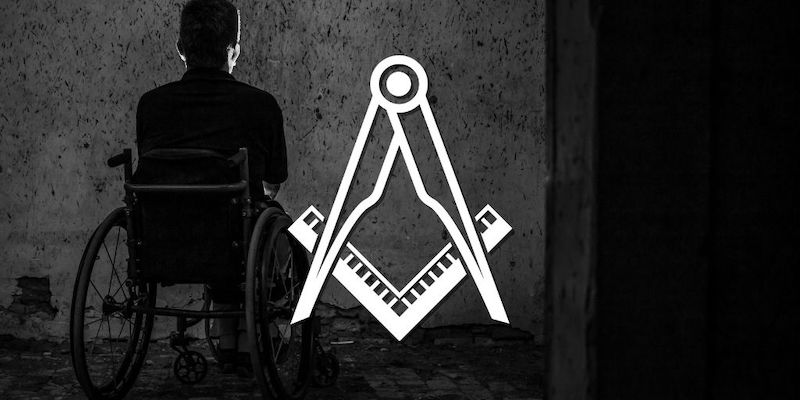 I have done my best to remain sensitive to those who have such disabilities.

However, being removed from situations and circumstances where such disabilities are had, I may fail in this endeavor at some point in this article.

If anything herein does come across as insensitive, then please accept my apology in advance and know that it comes from ignorance instead of from ill intent.

It should also be noted that a disability obtained after having become a Mason does not, in and of itself, result in loss of membership.

This article specifically addresses the circumstances of those who already have disabilities, afflictions, or illnesses prior to petitioning to become Masons. 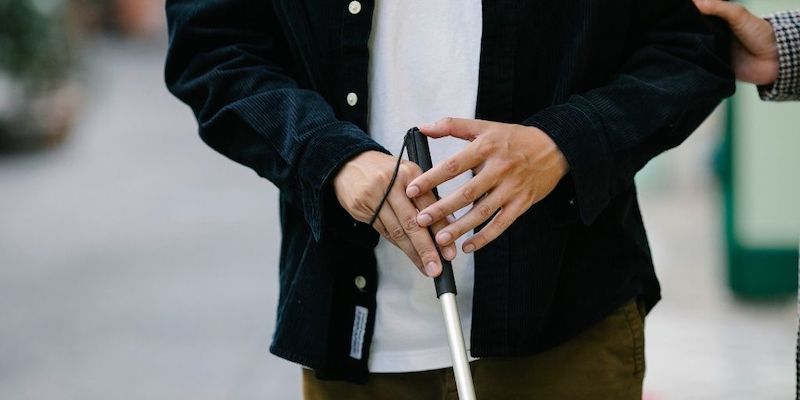 According to Albert Mackey’s Encyclopædia of Freemasonry (under the entry for “Blind”), blindness prohibited some from becoming Masons “under the operation of the old regulation.”

Today, however, is different. I know of some Masons who were still initiated despite being blind and have attended Lodge meetings with their seeing-eye dogs. Unfortunately, I never witnessed their degree ceremonies firsthand.

Deafness is a difficult obstacle to overcome when it comes to degree ceremonies in Masonry because, for part of a ceremony, the candidate is hoodwinked (or, in another word, blindfolded).

The sense of hearing, therefore, becomes an integral part of the initiation. If a deaf person were to be initiated, they would wander around in the dark with no idea of what was happening due to not receiving any audible information.

In ceremonies and in business meetings, it would also be difficult for a deaf person to be in a hearing Lodge due to the fact that all business would be held in the language of the hearing; in other words, the deaf person would either need to sit close enough to read lips, have a sign language interpreter (who would also need to be a Mason) translating everything in real-time, or have someone transmit everything said in written form to a closed-caption device that could be read.

Without any such aid, the deaf Mason may sit at the Lodge meeting completely bored, being unable to take in most (if any) information presented at the meeting, depending on the circumstances.

That stated, it is not impossible. Some deaf people have been initiated before (i.e., with the hoodwink replaced with a mobile curtain wherein an interpreter could translate everything said for the candidate in real-time and with archaic words fingerspelled).

When being initiated, candidates are to kneel at the altar at a certain point during the ceremony. However, some people, for one reason or another, sometimes are not able to kneel.

In such cases, I have seen a chair placed at the altar and the candidate prepared in a sitting position rather than in a kneeling position. He is then considered symbolically to be kneeling.

If one can at least sit in a wheelchair, then this should be a simple situation to work around.

Rather than merely guiding the candidate, the Senior Deacon (or, in the case of some Grand Lodge jurisdictions, the Guide, as I recently learned) may push the candidate in his wheelchair to the several places where one would typically go, and the candidate may sit at the altar as described above.

I have never had the honor of witnessing an amputee’s initiation. I have, however, met several Freemasons who are amputees.

In the case of those who have had legs or feet amputated, please see my above addresses concerning the inability to walk or kneel.

In the case of those who have had arms or hands amputated, I can only imagine that one would simply position the remnants of his limbs to the best of his ability; as a Worshipful Master, I would certainly allow for accommodation on that point (just as, I am sure, any other Worshipful Master would).

News was made in the Masonic community back in 2018 when an almost completely-paralyzed man was made a Mason; in the same news article, it is noted that Bartimaeus Lodge U.D., F&AM of Indiana was established specifically to assist with or fully confer the degrees of Masonry on candidates with special physical needs; further research shows that it has been in existence and dedicated to this purpose since 1962. 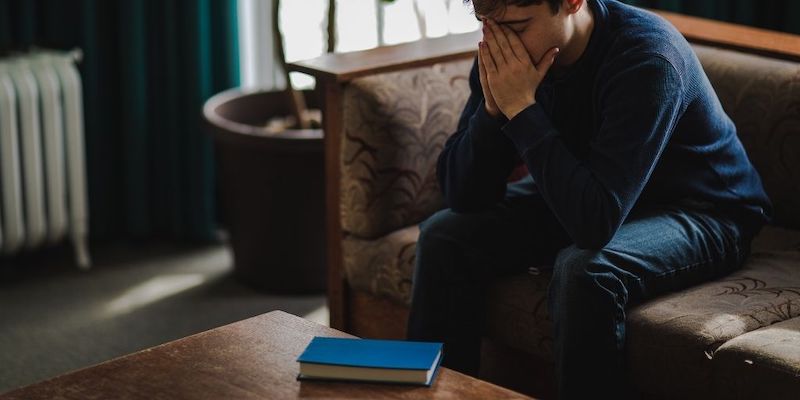 I am not personally aware of any Lodge wherein PTSD is a factor (deciding or otherwise) for a petitioner’s membership in Freemasonry.

From my own firsthand experience, I have seen a few military veterans initiated; not once were these individuals ever asked as to whether they suffered from PTSD.

I have, however, been in a Masonic investigation where the petitioner volunteered the information and asked if it would prevent his joining.

We informed him that it would have no bearing on his eligibility to become a Mason. He has since been initiated, passed, and raised and continues to be an asset to our Lodge.

Of course, PTSD can come from other phenomena in life; but regardless, this is not something that we ask our petitioners when we are investigating them for membership.

Dotage is a term that denotes a state of senility or mental decline.

In Mackey’s Encyclopædia, he informs us (under the entry for “Dotage”) that Masonic regulations forbid the initiation of an old man in his dotage due to the lack of mental capacity needed to comprehend the truths presented in the initiation.

Whether an autistic person may become a Freemason or not will likely depend on where the person is on the spectrum of autism.

How Best to Determine if a Disability Prevents Initiation

If someone has a disability and you don’t know whether that should or will prevent their initiation in Freemasonry, your best bet would be to ask your Lodge Secretary for guidance.

If he does not have the answer, then he will at least know whom in the Grand Lodge to ask.

Many people of various disabilities do join and participate in the Craft.

One may absolutely be able to become a Freemason; however, this depends completely on what that disability is, what limitations it places on the person, and what creative accommodations the Lodge can make in order to circumvent those limitations.

In addition, advancements are being made every day, and more advancements will give rise to more creative ideas that will allow people of more disabilities to become and participate as Masons.

1 thought on “Can You Become a Freemason if You Are Disabled?”