Whenever it is explained to non-Masons that Freemasonry is not a religion, there are often a few who point out that Masonic lodges use altars, a fixture that they only ever see in religions.

If Masonry is not a religion, then why do its lodges have altars? Though Masonry indeed is neither a religion nor a substitute for one, it has altars to hold the Volumes of Sacred Law, which represent the respective beliefs of those Masons who rely upon one or more of them. 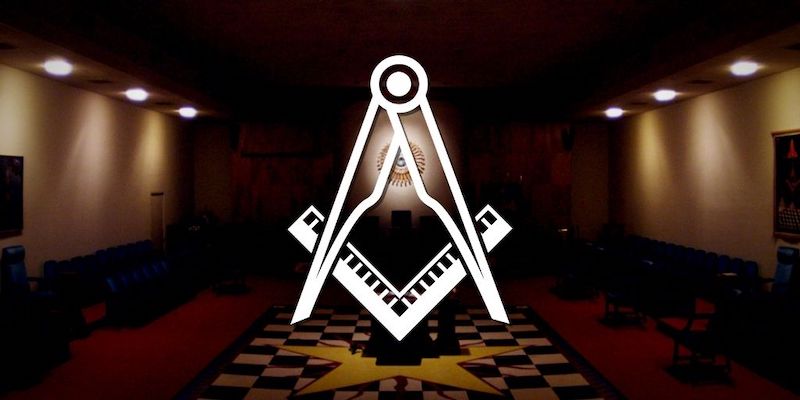 In most grand lodge jurisdictions, the most common Volume of Sacred Law that is used is the “Masonic Bible“.

This is due to the fact that most Freemasons are faithful Christians.

No Freemason can be an atheist in a regular (recognized, legitimate) grand lodge jurisdiction; in fact, prior to being admitted, he must admit both privately (in an investigation interview) and publicly (before the entire lodge) before being initiated that he has a belief in a Supreme Being (however he may choose to define it).

In Masonry, a Volume of Sacred Law represents “the inestimable gift from God to man, as a rule and guide to our faith and practice ….”

It should be noted that the United States Congress does the same thing; and what better furniture for Volumes of Sacred Law than an altar?

In Masonry, we take our obligations upon the respective Volume of Sacred Law of our respective faiths.

As a Latter-day Saint, the choice was offered to me to take my obligation on The Book of Mormon: Another Testament of Jesus Christ, Doctrine and Covenants, and/or The Pearl of Great Price. Though I appreciated this offer, I elected to take my obligations on the Holy Bible, given that this is also a volume of sacred scripture canonized by my faith.

It should be noted that there are some grand lodge jurisdictions that do not have it specified in their constitutions to allow Volumes of Sacred Law aside from the Bible.

A little over a year ago, the Grand Lodge F&AM of Nevada was the subject of a few discussions among Masons in social media circles for this reason.

However, it is more likely that having been composed of Christians at its inception, they simply had not thought to update the language of their Constitution until the issue was brought to light.

As of now, I am unsure whether their Constitution has since been updated or not.

My Personal, Non-Authoritative Opinion on Placement

To my knowledge, there are some grand lodge jurisdictions that use ritual that do not require an altar or at least have the altar to the side of the lodge room.

At least in the rituals used generally in American Masonry, however, altars with the Volumes of Sacred Law are typically found in the center of the room.

I have not seen any explanation for why this is so.

However, I have come to interpret (subjectively) this as a symbol that we should ever keep our respective religious values and duties at the center of our lives.

The first requirement and foundation of a Mason is to have a belief in a Supreme Being; without that, he cannot be a Mason.

The Volume of Sacred Law that sits thereon and that represents my faith also reminds me of the knowledge that (according to my respective belief) the Grand Architect of the Universe has revealed for my eternal benefit.

There is nothing about altars in and of themselves that indicate that they must be reserved solely by religions.

The same can be said for furniture such as pews and podia, which may also be found in some Masonic Lodge or Grand Lodge buildings.

It is wholly expected of any man to have a religious/spiritual foundation before he ever petitions to join.

That expectation becomes a requirement before he is initiated into the Craft.

Past the belief in the existence of a Supreme Being, Freemasonry, in general, does not dictate any other religious beliefs (“in general” indicating exception to those few grand lodge jurisdictions who have additional religious tests, such as those who use the Swedish Rite, the requirements of which dictate that one be a Trinitarian Christian).

For example, I am a Latter-day Saint. As such, my religion is wholly independent of my Masonic participation.

An altar’s presence does not, in and of itself, mean that the group which uses it must be a religion.

In Masonry, it is simply used to represent the respective religious beliefs that are represented by a lodge’s various members.

After all, if a group has a religious requirement (belief in Deity), but does not define Who or What Deity is, it only logically follows that each member’s freedom of religious belief be so respected.

The Meaning of Mosaic Pavement (Checkered Tile) In Freemasonry
14 Affiliate Bodies to Freemasonry (By Invitation Only)
What Roles Do the Deacons Have in the Lodge?
Can You Become a Freemason if You Are Disabled?
8 Masonic Facts About George Washington
Freemasonry & Astrology (Are These Two Connected?)
What Is Freemasonry? A Quick Introductory Beginner's Guide
What Are Masonic Penalties? (Symbolic vs Literal)