In Freemasonry, there are scores (if not hundreds) of cultural customs and points of etiquette that are observed at Masonic functions.

In this article, we will be going over a few that seem to be universal. There are also some things that may be frowned upon outside of your Masonic activity.

Here are some “mistakes” you should avoid as a Freemason. 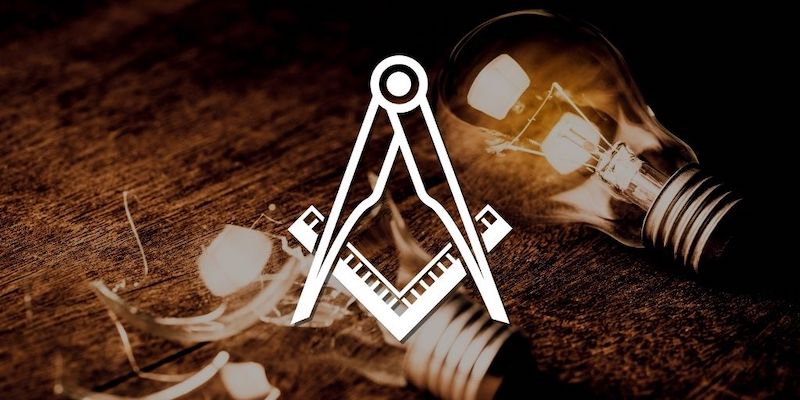 In most grand lodge jurisdictions, rituals call for an altar to be placed in the center of the lodge room holding the respective Volume of Sacred Law.

In most of the same grand lodge jurisdictions, there is also a G painted, sculpted, or otherwise suspended in the symbolic East of the lodge room (typically over the Master’s chair).

It is considered a faux pas to cross between the altar and the G during meetings at any time unless specifically allowed for by the respective ritual used by that lodge.

I myself committed this very faux pas at my very first Masonic meeting; a brother quietly pulled me aside at the end of the meeting and politely explained why this is not to be done.

Nobody should get angry, especially if you are new to the Craft. Mostly everyone, I am sure, has done it at least once.

If you must cross to the other side of the lodge for any reason, cross behind the altar (on the side of the symbolic West) instead of in front of it (again, unless your respective ritual allows or requires, in portion or in whole, to do otherwise).

Speaking Out of Turn

Given that the lodge is presided over by its Worshipful Master (which, for brevity, I will refer to herefrom as the WM), the WM always, therefore, has the floor during meetings and yields it to whomever he chooses for as long as he wishes.

As a mentor of mine recently told me in reply to my own questions for preparing for 2022, “When you are the [WM], you are the one driving the bus.”

Every WM should preside fairly, and most do; I have never personally come across any who have not. However, a Masonic meeting is an occasion of order and civility.

To speak, reverently get the attention of the WM (stand, raise your hand, etc.), properly address him as your ritual requires, and then say your piece.

There will likely be additional rules for grand lodge functions. For example, the Grand Lodge F&AM of Utah stipulates for grand lodge meetings that “[no] brother is to speak more than once on the same question, unless by permission.”

Though accepted in various appendant/concordant and affiliate bodies, most grand lodge jurisdictions (of which I am aware) strictly forbid electioneering or campaigning for any office in lodge or in grand lodge.

The brethren present at the lodge or grand lodge meeting will vote their consciences on who would best serve in what elected offices. 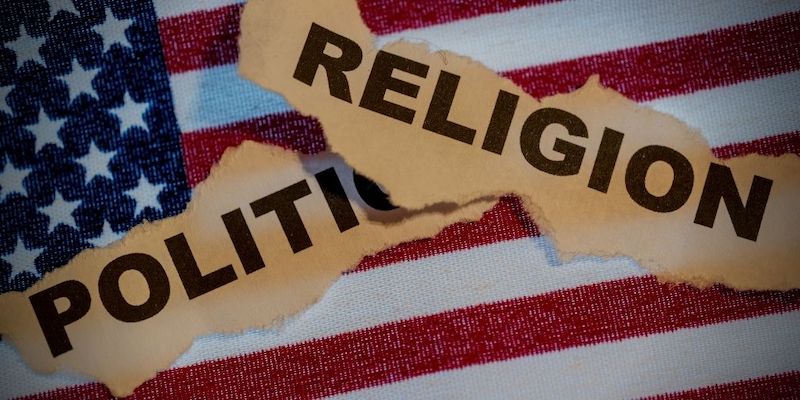 The topics of politics and religion are also expressly forbidden during Masonic meetings; this is because of the discord that such topics can sew between brethren.

Note that this does not necessarily mean the mention of certain groups when giving an educational feature on, for example, some historic issue or when mentioning what groups are doing what service projects.

If you are proselyting with a religious principle or trying to further a political goal in a Masonic meeting, however, then you are crossing the line.

The same applies if you are intentionally trying to fill your brethren’s time with advertisements of sectarian dogma or political ideology.

As Ecclesiastes 3:1 says, “To every thing, there is a season, and a time to every purpose under the heaven ….”

There is nothing to stop you from having such a discussion with your brethren outside of such meetings.

There is also no point of etiquette that discourages wearing, for example, a political lapel pin or a religiously themed set of cufflinks. However, keep your preaching out of the meeting.

Most of the ritual in Masonic ceremony is performed from memory. Few parts (if any, depending on the jurisdiction) may be read aloud in-meeting.

In addition to memorization, Masonry gives us the opportunity to improve in our public speaking skills. Many a Mason will learn rather quickly that some of the brethren on the sidelines are older and cannot hear very well.

Whether you are performing a ritual or speaking relative to a lodge issue, take care to speak with a volume sufficient for everyone else to hear (whether to enjoy as a spectator or whether to agree/disagree on some issue).

Unfortunately, no Mason is perfect (myself included).

Because of this, there are some of us who may speak or act in a way that shines a bad light on the Fraternity. This can include, but is not limited to:

Recently, I wrote an article on the Masonic virtue of Temperance.

It is my suggestion that many Masons (including myself, I believe) have a long way to go in smoothing our respective characters to the point of being temperate.

As I have before quoted one of my mentors, “The eyes of the world and of the Fraternity are upon us.” 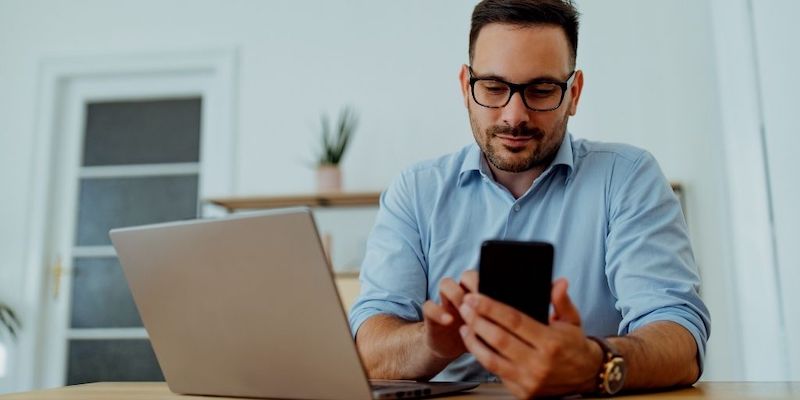 An account on about any social medium is about the easiest place to find contention relative to any subject; the subject of Masonry is no exception.

From Masons in-the-know to fearmongering conspiracy theorists and everyone in-between, it is likely for you to come across a conversation that you, as a Mason, will have a relevant opinion.

It is equally likely that someone (whether the original poster or virtual passerby who only takes exception to your point-of-view) will make offensive, disparaging remark.

It may also happen that some misinformed soul will try to “save” you from the supposed evils of Freemasonry by providing the fake quotes that so many have fallen victim to (i.e., those that stem from the Taxil Hoax), the irrelevant opinions of those who were never legitimate Masons anyway (i.e. Aleister Crowley), and so on.

Perhaps it is for this reason, then, that Masonry has become such a popular scapegoat over the past centuries.

As a Mason, you are always representing the Craft.

Pretensions of the Non-Existence of Female Masons

The by-laws and regulations of the Grand Lodge of Utah, for example, indicate that only men may be candidates for the degrees of Masonry in its jurisdiction.

This stated, this does not mean that there do not exist grand lodge jurisdictions that allow or are limited to women. To the contrary, such jurisdictions have been in existence for over a century. However, many Masons seem under the impression that it violates their Masonic obligations to acknowledge this fact.

I have never heard of any such obligation; but, I suppose, I do not know everything (see the section on obligations below). It seems strange to me, however, to deny the existence of something that is clearly present in the world.

Note that acknowledging the existence of a group does not in and of itself equate to recognizing it as regular. It also does not equate to having any type of “Masonic communication” (a phrase which I have come across and can only assume refers to speaking about the secrets of Masonry).

In fact, the United Grand Lodge of England (where most, if not all, mainstream grand lodge jurisdictions can trace their lineage, whether directly or indirectly) released the following on 10 March 1999:

“There exist in England and Wales at least two Grand Lodges solely for women. Except that these bodies admit women, they are, so far as can be ascertained, otherwise regular in their practice. There is also one which admits both men and women to membership. They are not recognised by this Grand Lodge and intervisitation may not take place. There are, however, informal discussions from time to time with the women’s Grand Lodges on matters of mutual concern. Brethren are therefore free to explain to non-Masons, if asked, that Freemasonry is not confined to men (even though this Grand Lodge does not itself admit women). Further information about these bodies may be obtained by writing to the Grand Secretary (reprinted here on page 46).

From decals on your vehicle to the posts on your social medium account, you are giving the world a look into your personal character.

I invite you to consider keeping your appearance (social and virtual) clean when you are a Mason.

If you are going to have a Masonic decal on your vehicle, please do not, for example, also place a decal that flips off the driver behind you (or in front of you, or anywhere near you for that matter).

If you are going have the Masonic square and compasses on your social media profile picture, perhaps do not use crude language, post explicit content, or get into heated arguments. 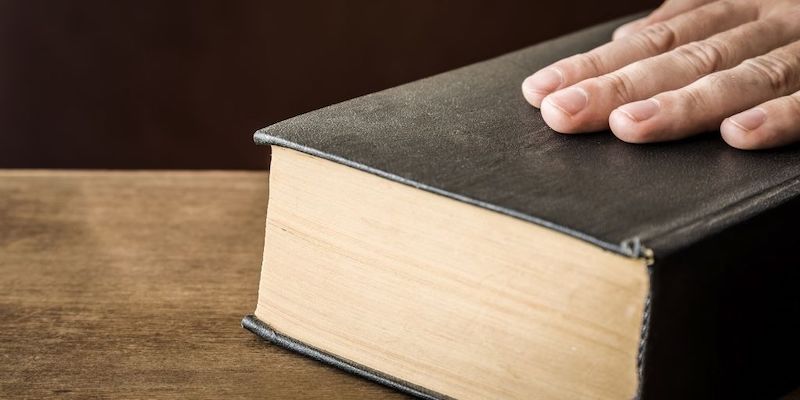 One mistake that drives many Masons nuts (myself included) is when a brother from a foreign jurisdiction says “remember your obligation” as if you are forgetting a way in which you promised yourself to be better or in how you conduct yourself as a Mason.

The reason why this advice is often unhelpful is because the foreign brother’s obligation may differ from my own (given that our respective grand lodge jurisdictions likely use different rituals).

Now imagine that I catch my brother eating a slice of pizza after his week has ended, but my month has not, and I chastise him saying, “You made a promise, and you are breaking it.”

Except, he is not breaking his promise. His promise did not prohibit pizza and the timeframe for his promise had already expired.

The contents of our rituals can differ. The scopes (although not necessarily the time) thereof can also differ. What is more, he likely does not know the ritual that my grand lodge employs; nor I, his.

If, therefore, someone from another grand lodge jurisdiction says or does something that conflicts with your own obligations, please remember that his obligations may be different.

There are four things that you can do to help you avoid making mistakes:

As indicated above, innocent mistakes should be easily forgiven. Take care to remember always to shine your best light on the Fraternity.

How Does Freemasonry Makes Men (& Society) Better?
The 10 Degrees of York Rite Freemasonry (Explained)
Can You Join The Freemasons Online?
Notable Freemasons: Benjamin Franklin
What Happens at Masonic Lodge Meetings?
3 Youth Groups Associated With The Freemasons
How Do Freemasons Greet Each Other?
What Are The 3 Core Beliefs of Freemasons?