Often referred to wrongly as  “the square and compass“, the Square & Compasses are probably one of the oldest, yet-still recognizable symbols in the world and they have inspired mystery, confusion, and plenty of conspiracy theories.

Today, we’re going to take a closer look at what these symbols are, what they mean, the origins of these symbols, and how they are used in Freemasonry.

You will see them on the face of every Masonic Lodge in the world, you probably walk past one every morning and you don’t even know what they represent.

This article should help clear up any confusion, doubt, and questions you may have. 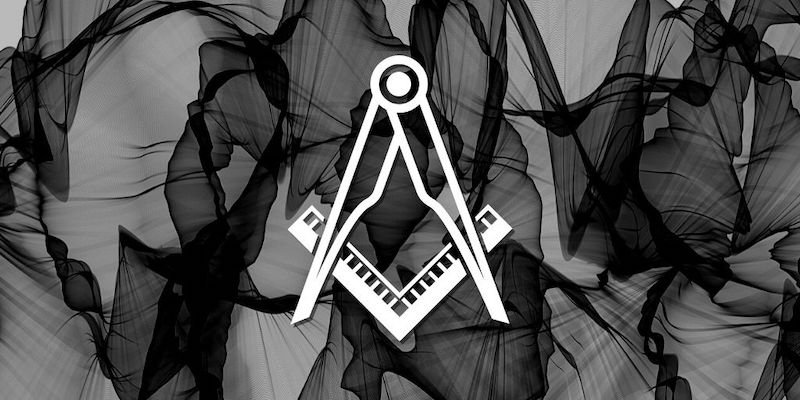 What Are The Squares & Compasses

A square and compasses joined together are one of the most recognizable symbols of Freemasonry all over the world.

The Square at the bottom forms a 90-degree angle. Each leg of the compass faces a different direction and the letter ‘G’ is (sometimes) engraved in the middle.

Even though the symbol is synonymous, there are some differences in various Freemason Jurisdictions. Some jurisdictions refer to it as a ‘Square and Compass’ (non-plural), while others omit the letter ‘G’ in the middle.

Also, the American Freemason square has equal length on both ‘legs’. Nevertheless, the meaning and teachings derived from the symbol are still the same.

The Meaning Behind The Square & Compasses 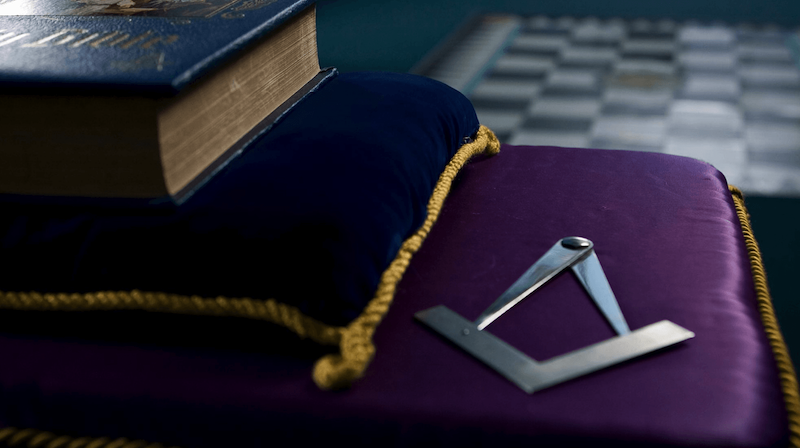 The square is a builder’s square that was used in Masonry to ensure that bricks are squarely aligned to prevent crowding. It has two flat-edged metal, or wooden arms joined together to form a 90-degree angle or, in other words, a right angle.

In Freemasonry, the square is a symbol of morality and honesty. It symbolizes our ability to use the teachings of morality and conscience to test how right our actions are.

The square also symbolizes the ‘Golden Rule’ in fair dealings with others. A golden rule is a fundamental principle that should be followed to ensure success in general or in a particular activity.

To deal with someone squarely is to treat someone with fairness and honesty as we would like to be treated.

In general, a compasses is a geometrical device with two equal pairs of legs fixed together at their apex that is used to draw circles, arcs, or measure distances between two lines.

In Freemasonry, the compasses symbolize boundaries. The circumscribed circle drawn with a pair of compasses defines the boundaries we set between ourselves and others.

This is the ability to keep our desires and passion in due bound. The self-restraint and moderation circle is our foundation of wisdom and morality. Without voluntary restraint and the practice of self-discipline, Masons cannot be fully free.

When the Square and Compasses are combined, they show the convergence of matter and the spirit. It shows how earthly and spiritual responsibilities are combined.

The square symbolizes the physical body while the circle represents our soul; the spiritual side that cannot be seen, touched, heard or smelled. It is our true inner self.

The thing that makes us who we are: our internal presence, the ‘me’ factor.

Both the square and compasses combined also represent judgment and discernment.

The Origins Of The Square & Compasses

The origin of the Masonic logo (as we know it today) can be dated far back to the 1780s. The exact place of origin of the square and compasses joined together is unknown. It is theorized to come from the stonemasons guild during the middle ages.

The Chinese are said to have used the square and compasses many years BC to suggest order, regularity, and prosperity.

Looking at it from a Freemason’s perspective, the square is from the masonry era. It was a necessary tool in testing the accuracy of the sides of a stone to ensure that the angles align with the square’s ‘true’ right angle.

It helped the stonemasons, bricklayers, architects, and other builders to draw a perfect square in plans and corners.

In Masonry, the master of the workmen’s perfect square was used as a standard against which all the other measuring squares on the construction site were checked for accuracy.

How Are The Square & Compasses Used?

The Square and Compasses symbols are used in Masonic rituals to teach symbolic lessons. A Masonic ritual refers to the scripted words and actions that are followed during the Masonic lodge.

Freemasons Lodge is where meetings are held and a place where members meet. The lodges are named either from the town they are in, a famous Mason, a symbol or a word. A number always follows the name—for example, ancient Landmarks Lodge #319.

Therefore, the square and compasses are used as a visual representation to teaching the lessons morality, truth, and honesty in Masonic teachings.

How Are The Square & Compasses Used In Freemasonry?

The square and compasses are amongst the first things a person is introduced to when joining Freemasonry. In fact, they are often discussed during the first night of initiation.

The square and compasses are used to refer to a Mason’s duty to the Craft and to himself as a symbol of brotherhood appropriate from the ideals of Masonry. The symbolic lessons taught from the Square and Compasses are based around living.

Through these, Freemasons are taught how to live.

The standard of life can not be based on material things such as cars, houses, and clothes. Instead, Masons learn that the real standard of living is measured in the intangible things

For example, obligations to community, family, responsibility towards the weak, general welfare of the community, and self. These are the central teachings of morality, honesty, and the golden rule.

”A society without standards will be a society without stability, and it will go down. Not only nations but also whole civilizations have perished in the past for lack of righteousness. Hence the importance attached to the square of virtue and the reason why Masons call it the symbol of their craft. It is a symbol of that moral law upon which life must be based if it is to continue.”

The compasses are also used to remind Masons that God has defined the limit around good and evil through His impartial justice.

Masons shall, therefore, be rewarded or punished according to the way they have kept within the circumference or gone beyond it.

Freemasons, therefore, use the Square and Compasses symbol to ensure that every single day, no matter your social status or physical location, your actions should be appropriately squared and within due bounds.

So there you have it. A brief introduction to the infamous Square & Compasses symbol and what they mean to Masons worldwide.

I highly recommend you watch the video above, and if you’d like to learn more about it, Wikipedia also an interesting article about it.