A few weeks ago we published a highly controversial post discussing homosexuality in Freemasonry. We received a ton of comments and we even took a poll on it which you can see the results for yourself here.

Today we’re going to be discussing another controversial topic and that is the role of women in Freemasonry.

While traditional Freemasonry does not allow women to become members, there are some Masonic organizations to which women can belong to such as The Order of The Eastern Star and The Order of Women Freemasons.

Down below we also have an exclusive interview we did with a female Freemason.

Please read this article with an open mind and feel free to add any comments (whatever your opinion may be) in the comment section below. Whether or not women should be allowed to take part in Freemasonry is a very heated subject with many debates going on with various mixed opinions. 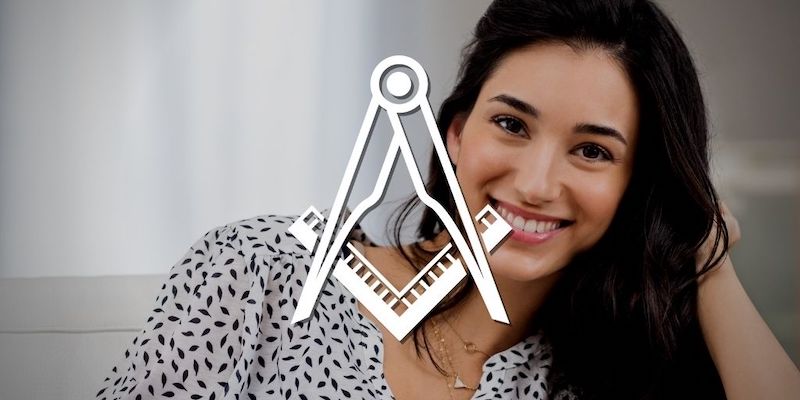 Is Freemasonry Just For Men?

The reason why most Freemasons are against women entering is one of the basic principles of Freemasonry is that it is a male fraternity.

In fact, it is stated that Freemasonry should be “composed exclusively of men”. The Craft was created to be just for men and women should not be allowed to enter.

However, those in favour of women entering Freemasonry argue that the role of women has changed dramatically over the years.

While in the past women were treated as a property of men, today they have equal rights and their role in society has changed, and therefore there is no reason why they shouldn’t be allowed to join the Craft.

Moreover, some also argue that allowing women to become a part of Freemasonry can be mutually beneficial as they would add their points of view, allowing the Craft and its members to develop in a more wholesome way and also increase the number of members worldwide.

The first time we saw women in Freemasonry was probably in the 1740s in France, when a system was created so that women could also have the opportunity of learning the principles of Freemasonry.

This system is the Lodges of Adoption, which consists of a system parallel to Freemasonry.

Women were still not allowed to participate in Freemasonry, which remained male-only, but the Lodges of Adoption created a similar order with degrees based on the same principles, and which allowed female relatives of Freemasons to take part.

The Order of Women Freemasons 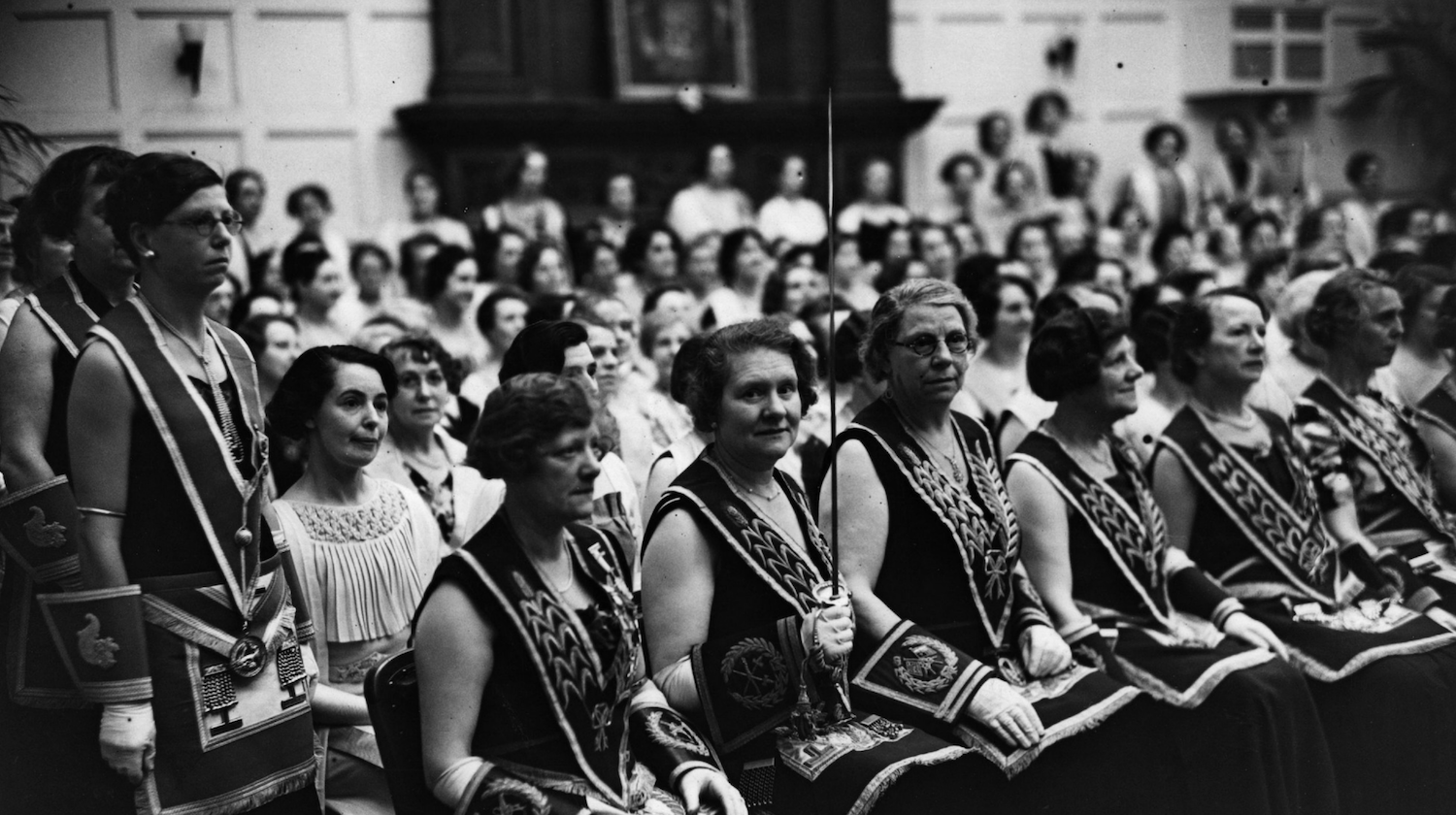 At the very beginning, both men and women were allowed to enter this order and in fact it was known by a different name.

Also, it was not acknowledged as regular until 1999, when the relationship between the Order of Women Freemasonry and the Grand Lodge of England finally became warmer.

Today, it has expanded to other countries which include Australia and Canada among others and is composed of more than 10,000 members.

Is Co-Masonry An Option? 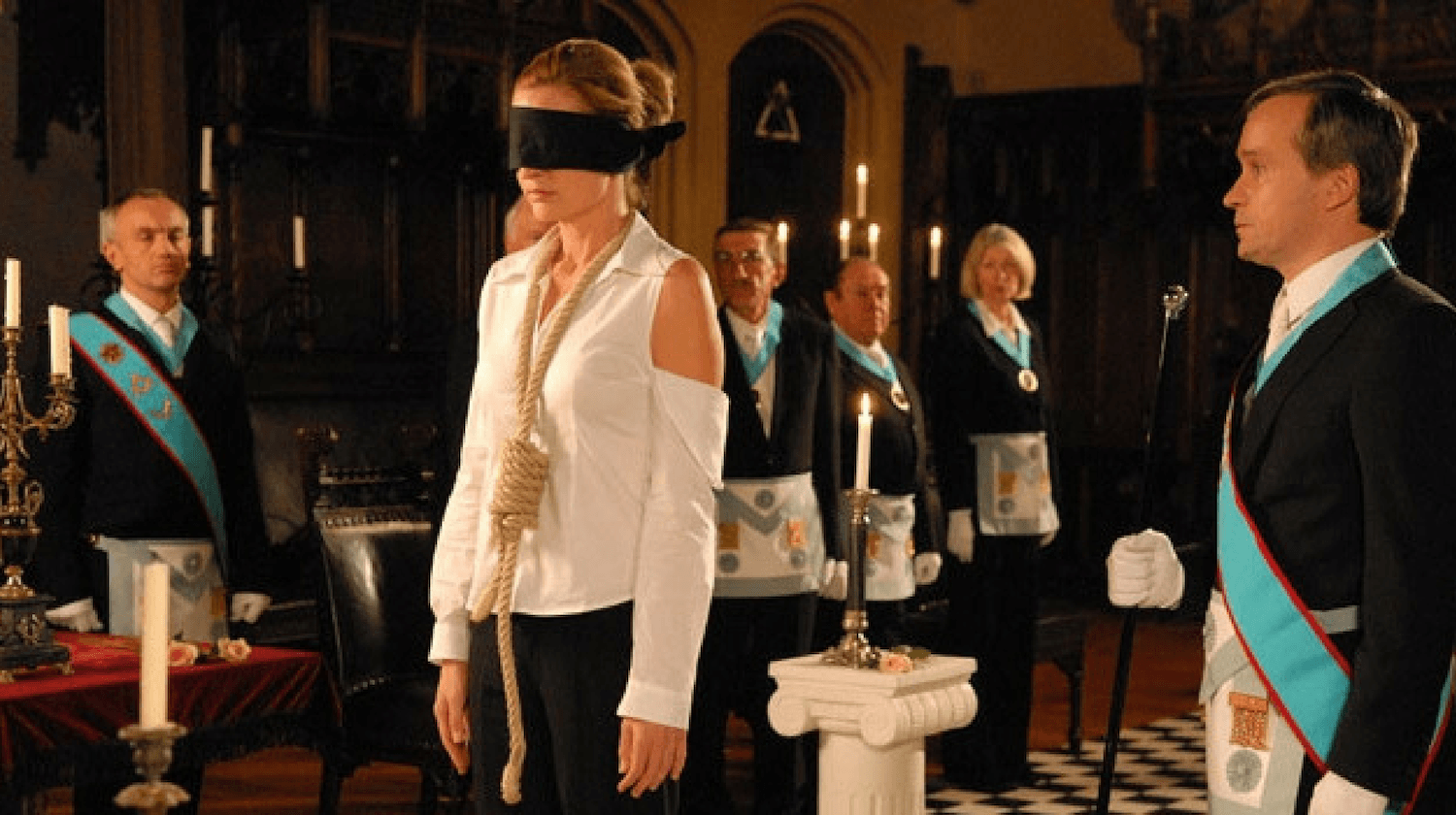 Co-Masonry is another branch of Freemasonry that allows women.

The difference between Co-Masonry and the Order of Women Freemasons is basically that Co-Masonry is not a women-only order and also allows male members.

However, any man joining Co-Masonry is not allowed to be a part of Freemasonry, so he would have to choose between being a Mason or a member of Co-Masonry.

This organization was also born in France, during the early 1900s.

Like the Order of Women Freemasons, it is also based on the same principles of Freemasonry and holds the purpose of helping its members walk along the path of self-development.

In fact, even the rituals and degrees are similar to Freemasonry, and this is part of the reason why anyone is a Mason cannot also be a Co-Mason.

While many branches of Freemasonry exist which allow women members, no woman has ever become a member of a male-only lodge.

The basic principles of Freemasonry prohibit women from entering the Craft, but some members still argue that women should be allowed since times have changed.

On the other hand, other organizations based on Masonic principles exist which allow female members, so women can still share the knowledge and learn the teachings of Freemasonry.

Our Interview With A Female Freemason

We decided to do this interview with this young Lady (her identity will not be revealed), so you, me and any other individual interested in our Craft can understand this particular branch of Freemasonry (Co-Masonry).

Let’s get into the interview…

I am a 32-year-old female and a member of the Order of Women Freemasons (OWF).

I am currently a student nurse, a wife and mother of three children. I was SD last masonic year but currently a steward whilst finishing my Nursing degree.

Q: What got you interested in Freemasonry and how old were you when joined?

I was first introduced to Freemasonry after my neighbour (female) briefly spoke of her involvement with OWF and made a suggestion about inviting me to join.

I don’t come from a family of Freemasons so this was a very new concept to me. I had heard about Freemasonry but I never realised women could join.

This intrigued me, especially as I am all for equal opportunities and empowering women.

The women of OWF are very passionate about Freemasonry and equally very protective of the order, that is why you won’t find an awful lot of information about us.

This was just as apparent when I was accepted for an interview, each lady Freemason is true to her word won’t discuss Masonic matters until becoming a member.

I love having a sense of belonging, which is what freemasonry gives you, knowing that you have a role to play and people who depend on you is a wonderful feeling.

As a student nurse, I see a lot of people in society that don’t have anyone, people don’t have family or close friends to help them in times of need especially in old age.

Being a freemason opens you up to a huge network of people who will be there for you in times of need, or to share happy times together in freemasonry we call this “brotherhood”.

I see older members of the order and look on them with true admiration, I know that to them Freemasonry is a huge part of their lives which not just brings them joy but that sense of togetherness we all seek.

I know that when I am older and my social circle becomes smaller, I will always have OWF that will keep me from loneliness and always keep me on the level.

Q: What roles do you think female Masonry plays in Freemasonry in general?

I do believe having women involved with Freemasonry helps keep the interest in Freemasonry going.

Obviously, the male lodges have been going for a long time and seem to do very well with new members, however; times are changing and today’s society is always looking for something new and interesting.

I do find women in freemasonry have an allure that some male lodges don’t have; we are harder to find and more secretive.

I do find that women in freemasonry often have husbands or fathers that are masons and this helps keep that sense of belonging not to mention save marriages, women actually know what “off to lodge” means now.

Q: Do you think female Masonry will continue to grow and is there many young members involved?

I do think maybe we as an order need to open up more in-terms of social media and start to promote us to more younger audiences.

In my Lodge, we have young members which have grown up with freemasonry in the families.

I think there are plenty of people that would join but with the demands placed on women today to work and have families later in life, it doesn’t leave much time for anything else.

As an order we do have lots of lodges over the world and continue to gain new members, I think we will definitely continue to grow.

Q: Does being a member affect you in a positive/negative way in the world? If so, how?

I don’t think being a female in freemasonry has the same level of respect that men get, mainly because we don’t have as many members.

As more women are taking on more responsibility in the workplace and gaining managerial roles this may change the way people view women in freemasonry.

However, until we are accepted fully I think we have a long way to go before the world recognizes us properly as freemasons.

One thing I was warned about when joining was to be vigilant when around male freemasons as a lot of men do not like women in freemasonry.

I shrugged this off and felt that I would be as open as they are and wear my masonic ring with pride, however; my first-ever meeting outside of the lodge with a male freemason didn’t go very well.

He introduced himself as a Freemason and so did I, this did not go very well as he immediately told me what he thought were home truths.

This encounter frightened me just like many other ladies have mentioned and is often the reason we remain quite low key.

Thankfully the rest of the British male lodges have been amazing and very welcoming with just the odd few older more traditional members that don’t agree with women as members. This does not bother me so much but I would like to see more acceptance.

The main problems I have encountered are from lodges in America, they have never heard of OWF and completely reject the idea of women being apart of it. I’m sure in time this may change as with most things.

Q: Do you think Freemasonry will stand the test of time when there are so many distractions out there?

I think freemasonry will always keep going as long as it adapts to the ever-changing society.

It’s important to remain traditional but adapts to how that tradition is delivered.

Some use the power of social media to communicate whereas before it may have been by handwritten letters, the content is the same but the delivery is adapted.

The most important thing is to ensure the actual meeting of members is done in person and that virtual lodges don’t become the future.

I say this as I often see male members from all over the world discussing masonic matters virtually, this is a great way of meeting new members, etc but the allure of freemasonry is lost with such openness.

One thing I have seen which is interesting is the university scheme where a lodge is attached to universities and gaining membership this way. OWF does not have this but the male lodges do, I think this is a great idea and one that will stimulate lots of interest from competitive students.

Q: With so many maternal organizations, including Eastern Star, why create a subset of Freemasonry?

I can not answer this question as OWF was created way before I was born, however; I can say that OWF is not a branch of Freemasonry just for wives, daughters or mothers it is an order of women freemasons.

54 thoughts on “Can Women Join Freemasonry? (An Interview With A Female Freemason)”