A while back, I contributed a piece explaining Masonic Heirloom Editions of The Holy Bible.

As noted in another article, a Volume of Sacred Law (“VSL”; e.g., The Holy Bible, the Torah, the Koran, The Book of Mormon: Another Testament of Jesus Christ, Doctrine and Covenants, the Bhagavad Gita, etc.) is always present when a Lodge meeting/communication is open.

But why should the Volume of Sacred Law be important to the individual Mason?

Because the Volume of Sacred Law (VSL) for that Mason is a guide to how he should live his life, put everything into a spiritual perspective, and treat his peer/neighbor. 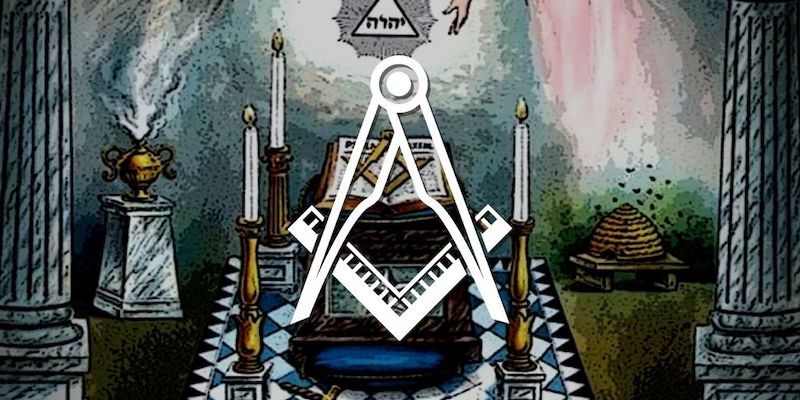 Although a lot of Masonic rituals are inspired by Jewish and Christian traditions (e.g., the account of the construction of the Temple of King Solomon as a setting for theatrical allegory, the likening of Matthew 7:7 (KJV) to admission in Freemasonry, etc.), Masonry is open to men of almost all walks of life; this includes most religions or spiritual frameworks (particularly, those that are theistic; in other words, those that promote belief in Deity).

Many religions and spiritual frameworks (which I will hereafter reference in this article as “faiths” for brevity), particularly those that are more mainstream and traditional, have texts which they deem holy or sacred.

These texts may contain (but not be limited to) such concepts as:

The details of genesis (or the creation of the universe and everything in it), I believe, is key to the title which we give Deity in Masonry: “Grand Architect of the Universe” (and similar variant titles).

Masonic ritual utilizes the understanding that Deity is the Ultimate Designer and Creator, leaving room for this to mean that He did it all Himself or (as some faiths may believe) that Deity delegated some of the work to His angels (or equivalent to angels, as applicable for some faiths).

(For those faiths that are polytheistic, this should then apply to Whatever/Whomever is the head- or chief-Deity responsible for the creation of all things/entities.)

In the ritual of some Grand Lodge jurisdictions concerning the explanation of geometry, we are instructed that, a survey of nature (or, perhaps, nature’s God) and an observation of the aspects thereof “first determined man to imitate the divine plan and study symmetry and order” which led to societies, useful arts, and “works which are the admiration of every age.”

The Nature of Deity

Most VSLs, so far as I am aware, provide several attributes of Deity that are worthy of emulation. Brotherly Love, Relief, and Truth, the three principal tenets of Masonry, reflect such attributes.

Others include the Cardinal Virtues:

In many cases, we are commanded by Deity in such VSLs to adopt and inculcate such virtues into our own respective characters; and such virtues go hand-in-hand with the lessons of morality that Freemasonry has to offer. 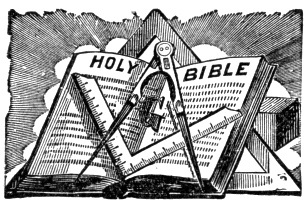 To have a relationship with Deity is, perhaps, the most common and important reason for the existence of faiths.

And, although Freemasonry does not promote the beliefs of any particular or specific faith, it does encourage and promote the individual own faith-based pursuits, which would logically include fostering that relationship with Deity.

Various faiths have set forth in their texts how to develop such a relationship, hence the importance of the VSL in the individual Mason’s life.

A Purity of Life and Rectitude of Conduct

The Lambskin Apron in Masonry symbolizes the purity of life and rectitude of conduct that we should each be striving to exemplify in our everyday actions.

The VSL should have a code of conduct and go hand-in-hand with a faith’s religious rites/ceremonies/sacraments in order to help that individual in fostering the aforementioned relationship with Deity.

A Conduit for the Grand Architect’s Will

The exemplification of that code of conduct and the practice of the commendable virtues had and/or commanded by Deity should culminate in the individual Mason carrying out the will of Deity insofar as that Mason believes. 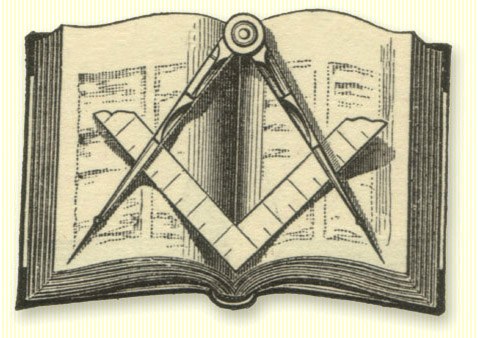 In operative Masonry, the trestleboard was for the Master workman to draw his designs upon; in other words, instructions in design for operative Masons to follow in their various constructions of cathedrals, castles, etc.

In the ritual of some Grand Lodge jurisdictions, the VSL is described as “our spiritual, moral and Masonic trestleboard” since it will contain instructions and designs for us to implement, so that we may build ourselves spiritually into what we believe that Deity wants us to be.

For these reasons (and likely various others that I cannot think of at the time of writing this article), the VSL (or VSLs, in the case of some faiths) should be a permanent fixture in the life of the individual Mason; a guide on which he can always rely for spiritual nourishment and development.

Is Speculative Freemasonry Chinese?
Are All Freemasons Rich? (The Truth May Surprise You)
Masonic Authors: Manly P Hall (A Brief Biography)
Grand Master’s Class or Traditional Degrees?
Is Juan Guido of Venezuela a Freemason? (Confirmed)
What Is A Masonic Investigation?
The Freemason's Guide To Visiting London (Masonic Sightseeing)
Who Was Prince Hall (& What Is Prince Hall Freemasonry)?