When someone petitions to join a Masonic lodge, an investigation takes place.

This applies both to people who want to become Masons as well as people who already became Masons elsewhere.

So, what is a Masonic investigation?

A Masonic investigation, in brief terms, is the process by which a Masonic lodge determines whether the petitioner would be a good fit for the lodge.

Having been the chairman of my lodge’s investigation committee for the past two years, here is the process by which we have investigated petitioners.

Please keep in mind that grand lodge jurisdictions may vary in their processes. 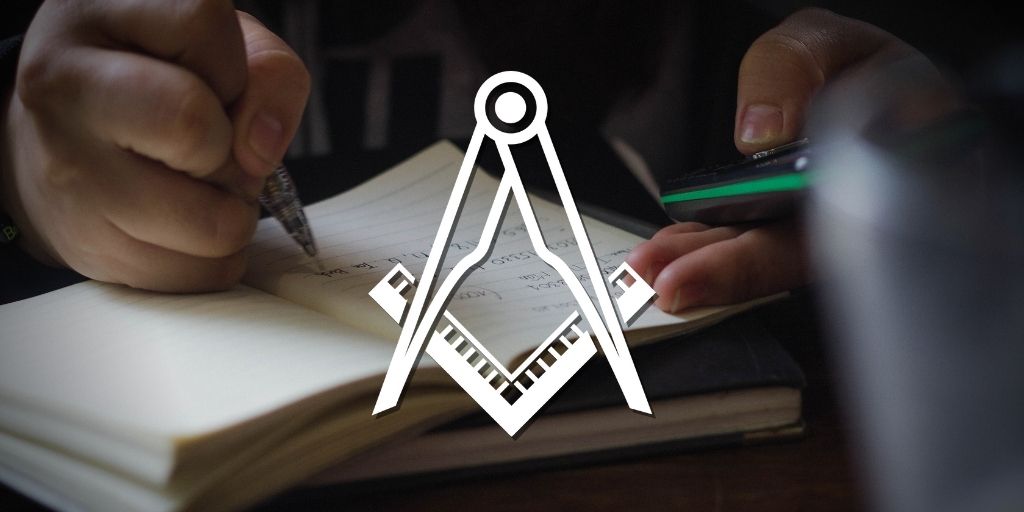 Before the investigation process even begins, a petitioner has, of course, filled out a petition.

If it is not a Mason, then they are filling out the petition to go through the degrees of Masonry. If it is a Mason moving to the area from elsewhere and wanting to become a member of our lodge, then it is a petition of affiliation.

The petitioner signs a declaration at the beginning of the petition that states that:

At the next regularly stated meeting, the secretary of the lodge reads the petition aloud for the lodge to hear.

In terms of a Masonic petition, a recommender is a Mason who has gotten to know the petitioner and vouches for his character.

Each petition requires at least two recommenders. The recommenders do not assist in investigating the petitioner.

The investigation committee should contact each recommender to get their measure of the petitioner’s moral character.

These and various other questions can and should be asked to ascertain whether the petitioner will be a good fit for Freemasonry.

A character reference is preferably a Mason; however, if the petitioner does not know any other Masons very well, then he can list anyone, be it family, friends, coworkers, etc.

Is the petitioner’s content on social media vulgar? Is it contentious? Does he treat others with courtesy and/or with respect?

A man’s personality is often illustrated in detail by his social media content.

Here in Utah, an investigation requires that the petitioner be interviewed by at least three Masons at once; the petitioner’s family is also invited (unless there is a global pandemic resulting in an encouragement of minimum participants).

During this interview, we ensure that the petitioner knows that:

We also ask him if he believes in a Supreme Being or Higher Power (however he may define it to be), as atheists are not permitted into our order.

We also encourage him to share any questions, doubts, or concerns that he may have; we do not want him to experience the degrees with any mental discomfort.

We then try to determine why he wants to be a Freemason; there are a lot of misconceptions out there, so it is vital that we weed out those who are joining for the wrong reasons.

Those who make it past the investigation process with such misconceptions usually end up leaving the Fraternity simply because they are disappointed that it was not what they thought that it would be.

We then try to ascertain what he has to offer Freemasonry. Does he intend to attend our regularly stated meetings? Does he hope to assist by working to lead as an officer of the lodge? In short, will he participate to the best of his ability?

If his family is present, then we also ask them what their thoughts and feelings are on him becoming a Freemason. We try to resolve any questions, doubts, or concerns that they might have as well.

At the next regularly stated meeting, the secretary again reads the petition aloud for the lodge to hear and then delivers the investigation committee’s report.

The lodge then does an anonymous ballot to vote on whether the petitioner should be accepted as a candidate for the mysteries of Freemasonry.

Someone from the lodge (typically the worshipful master or the lodge secretary) reaches out to the petitioner after this ballot has taken place to inform whether he was accepted or not.

Something More That I Wish I Had Done

Something that was suggested but never implemented was to ask to check the petitioner’s ID during the interviews.

I thought that this was a great idea; it is certainly a wonderful and simple way to confirm the identity of the petitioner. However, this recommendation typically slipped my mind until after the investigation had been completed.

Masonic Investigations Should Not Be Taken Lightly

One bad apple can destroy a lodge and cast a bad light on the Fraternity.

The process is incredibly simple from the viewpoint of the petitioner; you fill out a petition and have a short interview.

It can get far more stressful for the committee members, especially when character references do not immediately answer phone calls or emails.

What Happens at Masonic Lodge Meetings?
Annual Grand Lodge Communications & Grand Lodge Visitations
Masonic Fortitude (Masonic Virtues Series)
What Is A Masonic Funeral?
10 Common Questions People Have About Freemasonry
Do Masons Insult Non-Masons with the Word “Profane”?
How To Make Sure A Masonic Lodge Is Legitimate?
What Do The Square & Compasses Mean In Freemasonry?

NB: Aspiring Masons and Master Masons from all over the world look forward to our emails. If you’d like to join them, sign up for Masonic Find’s newsletter. It’s free and our next email goes out in a few hours.
CLICK HERE TO LEARN MORE