The 4th of July is a very important date for both the United States and Freemasons and is celebrated by members of the Craft all over the world.

Freemasons and this US holiday are interconnected by the events that took place on that date, which would not have been possible (or would have taken place very differently) if it weren’t for the Freemasons.

The Declaration of Independence was signed and accepted into Congress on the fourth of July 1776, marking the birth of the United States.

This date is important in Freemasonry because Masons have influenced greatly the Declaration, proving once and for all that some of the Founding Fathers of the United States were, in fact, Freemasons.

You can see the list of the 15 US Presidents who were also Freemasons here.

This shows that one of the most influential voices shaping the nation of the United States was a Masonic voice. 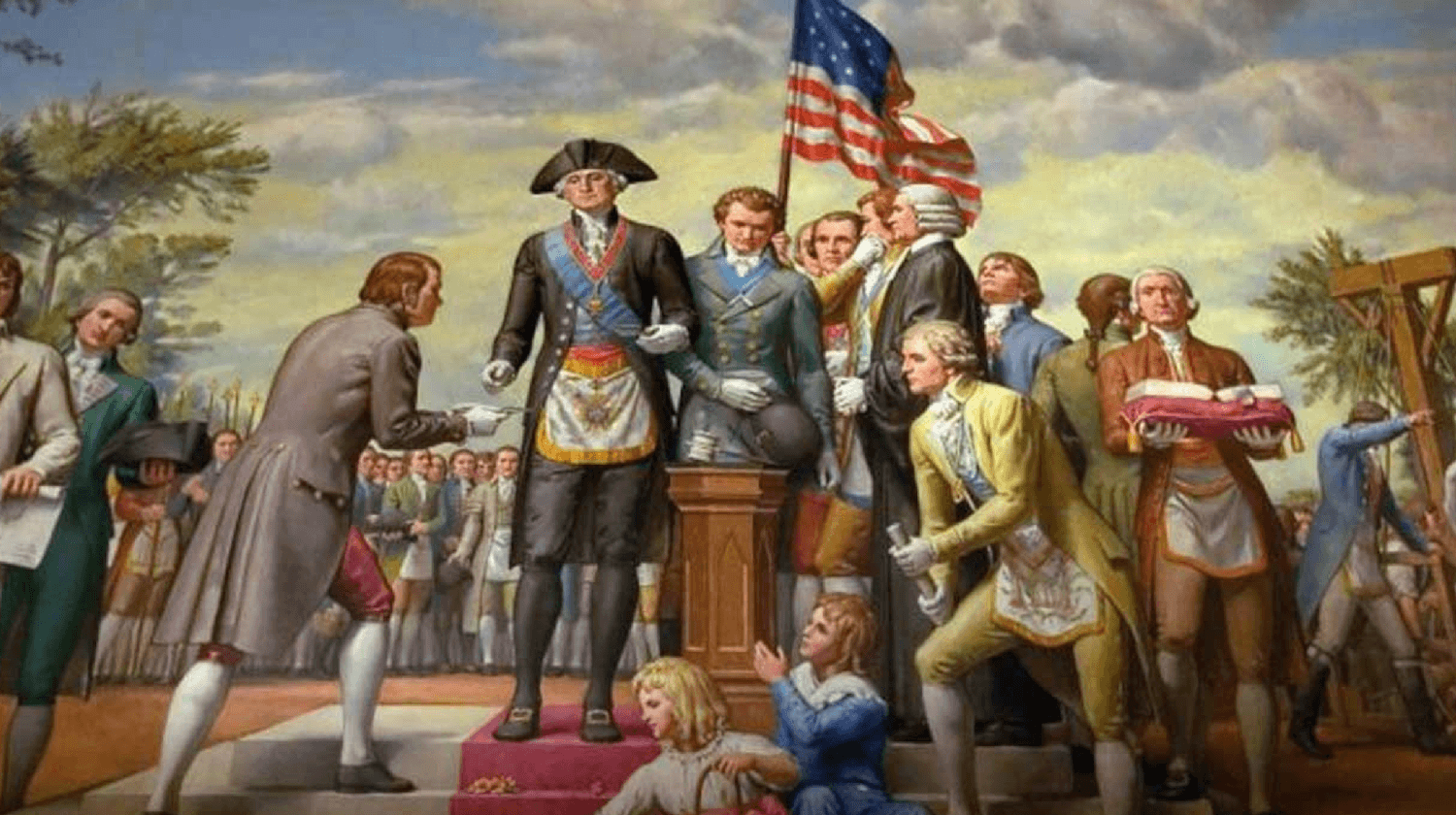 Freemasonry is at the very base of the United States, a country that has allowed the union of different races and which has mutual respect and goodwill at its heart. These are all principles found in Freemasonry.

The Constitution of the United States was most seriously influenced by Washington, Franklin, and Rudolph who were all active Freemasons.

Freemasonry, therefore, had a certain power in the making of the nation, and the fact that the first president of the United States was a Freemason (George Washington) is further proof of the role they played in shaping the United States.

The Influence of Freemasonry In The American Constitution

The influence of Freemasonry is one of the elements that has enabled the United States to become so strong, as the nation is based on the individual’s social responsibility and his freedom under the country’s law.

The United States’ government also focuses on the sense of common good among all citizens, who are all equal.

This makes the United States somewhat of a “Fraternity”, just like Freemasonry, and all this started thanks to the Declaration of Independence which was admitted into Congress on the 4th of July.

The 4th of July is an important date for all Americans as it marks the birth of their country.

However, it is also celebrated by Freemasons, who have influenced greatly the making of the United States and have contributed through their beliefs and principles to make it what it is today.

NB: Want to learn more about this fascinating turn of events? Sign up to get our recently-updated book for FREE:

“The 10 Major Events In Masonic History“.

3 thoughts on “Freemasons & The 4th Of July: Why This Day Is Important”