When given tours in many Masonic Lodges around the world, some people will notice the Mosaic Pavement (or checkered tile) on the floor and wonder what it means.

In many such Lodges, it will be found in the very center of the floor of the Lodge room.

What exactly does the Mosaic Pavement represent in Masonry?

In short, it represents the moral fallibility of mankind. 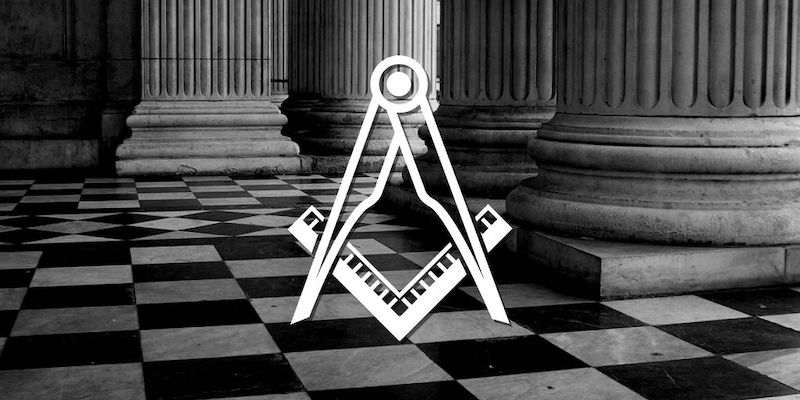 The History of the Mosaic Pavement

In his Encyclopædia of Freemasonry, Dr. Albert Mackey provides us with the following historical explanation in his entry “Mosaic Pavement”:

“Mosaic work consists properly of many little stones of different colors united together in patterns to imitate a painting. It was much practiced among the Romans, who called it musivum, whence the Italians get their musaico, the French their mosaique, and we our mosaic. The idea that the work is derived from the fact that Moses used a pavement of colored stones in the tabernacle has been long since [explored] by etymologists. The Masonic tradition is that the floor of the Temple of Solomon was decorated with a mosaic pavement of black and white stones. There is no historical evidence to substantiate this statement. Samuel Lee, however, in his diagram of the Temple, represents not only the floors of the building, but of all the outer courts, as covered with such a pavement. The Masonic idea was perhaps first suggested by this passage in the Gospel of St. John (xix. 13), ‘when Pilate, therefore, heard that saying, he brought Jesus forth, and sat down in the judgment-seat in a place that is called the Pavement, but in the Hebrew, Gabbatha.’ The word here translated Pavement is in the original Lithostroton, the very word used by Pliny to denote a mosaic pavement. The Greek word, as well as its Latin equivalent, is used to denote a pavement formed of ornamental stones of various colors, precisely what is meant by a mosaic pavement.

“There was, therefore, a part of the Temple which was decorated with a mosaic pavement. The Talmud informs us that there was such a pavement in the conclave where the Grand Sanhedrim held its sessions.

The Mosaic Pavement can be found in most (if not all) regular lodges throughout the United States and Canada; it is probable, because of the variation of ritual (and therefore of Lodge requirements) that a few exceptions exist in the US and Canada and that the requirement is not as widespread in other countries (particularly in Europe).

However, this does not in any way, shape, or form take away from the universality of the principle that this symbol represents in Freemasonry.

The Meaning & Significance of The Checkered Tile

In completion of the above-referenced entry, Mackey explains the purpose behind the symbol, what type of symbol it is, and what other symbols accompany it:

“The mosaic pavement is an old symbol of the Order. It is met with in the earliest rituals of the last century. It is classed among the ornaments of the Lodge in combination with the indented tessel and the blazing star. Its party-colored stones of black and white have been readily and appropriately interpreted as symbols of the evil and good of human life.”

Given that Freemasonry is a system of morals, it is fitting, therefore, that it should have a symbol that illustrates the fallible, imperfect nature of mankind, which nature results in us all being subject to committing moral error.

We all make bad decisions and exercise poor judgment at some point in our lives. When we focus on living a morally straight life, the likelihood of making such decisions decreases.

How Is This “Symbol” Used in Freemasonry?

Just as with any other symbol, I come across this one fairly often in my daily life, especially outside of Masonic environments. Having grown up in Indiana, I saw the checkered flag and finish line quite often at NASCAR events.

In addition to seeing it regularly at my local lodge, I occasionally see the pattern on the ball cap, shirt, or shoes of a passerby as well as in the tiled floors of some other buildings.

Each time, I am reminded of the following things:

The Mosaic Pavement may not have been a literal, historical part of King Solomon’s Temple; it may only be a relatively recent Masonic tradition.

After all, the account of the construction of King Solomon’s Temple is only used in Masonry as the setting for its moral allegory (much of which allegory seems also to have been invented).

This all stated and as is the case with many other symbols, I am grateful to have this consistent reminder in my life.

The endeavor to become a better person necessitates the knowledge we are all, in one way or another, subject to committing moral error—but capable of refining our respective moral characters by the application of various working tools (or moral principles).

The value of Masonry’s interpretation of this symbol and use as its ornament, however, is very real.

Each of us has the responsibility to advance the moral standards of our species by endeavoring to practice every commendable virtue; such is especially our engagement as Masons.

10 Secret Societies, Clubs & Groups Like The Freemasons﻿
Freemasonry, Politics & Religion (What Must Be Known)
Do The Freemasons Accept Anyone To Join?
Can You Join The Freemasons Online?
Which Members of The Royal Family Are Freemasons?
How Ancient Stonemasons Built Cathedrals
Why Do Freemasons Carry A Briefcase?
What Is The Meaning of The Masonic Bible?