When a Mason lays down his earthly tools to be taken to the Celestial Grand Lodge Above, it may be requested (whether by his final will and testament or by his family) that his lodge provide him with a Masonic funeral.

What is a Masonic funeral?

A Masonic funeral is an honorary ceremony just as much for the deceased Mason as for those who mourn his passing. 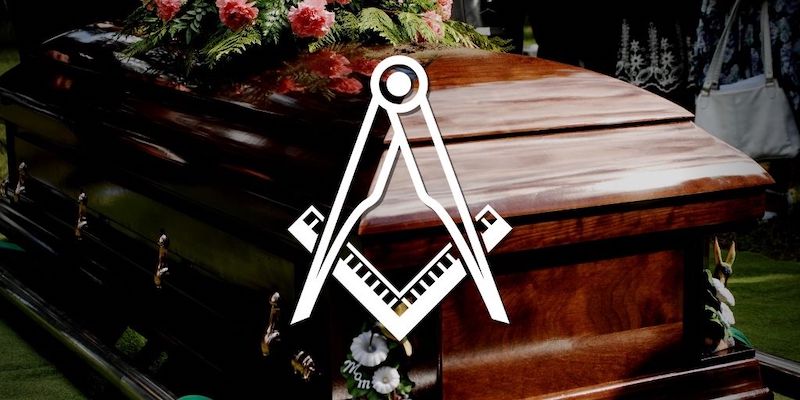 As such, each grand lodge has complete autonomy over what qualifies as Masonic in its geographical jurisdiction; this includes ritual.

Throughout this article, I will be drawing upon the codified ritual for the Grand Lodge F&AM of Utah as I best understand it; the practice, standards, and expectations prescribed by other grand lodge jurisdictions may vary.

Finally, his services must take place in a location accessible by a regular lodge; after all, there are some places where grand lodges have not yet even been established and some places where, due to perpetuated falsehoods and/or tyranny/despotism, Freemasonry is legally prohibited. 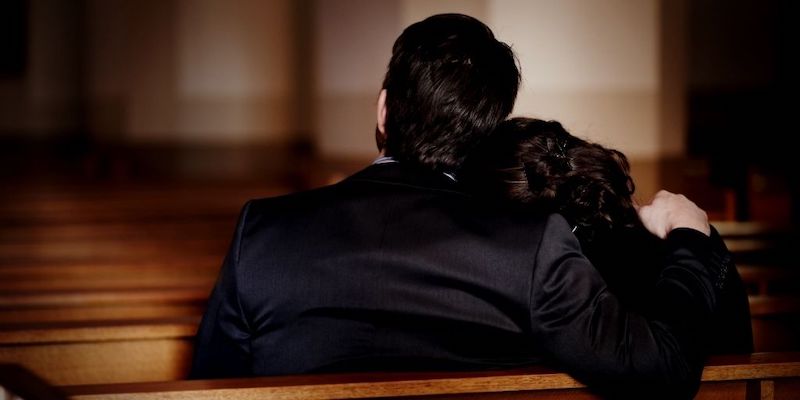 During a Masonic funeral, Masons in Utah are to wear:

“Black or dark clothing, a white shirt and a dark tie, a black or dark hat, and a plain white apron, which must be worn on the outside of the coat or overcoat. Officers conducting a funeral shall wear their official jewels.”

I assume that it is at least similar in other grand lodge jurisdictions.

If requested by the family, Masons may be pallbearers.

Masons who are not pallbearers will typically form two lines, facing inward, between the hearse and the grave; the casket is carried through the lines to the grave.

The Tyler, the Bearer of Great Lights, and the Stewards stand at the foot of the grave (which, in western religious traditions, is on the Eastern side of the grave).

The Marshal escorts the Master and other Officers to the head of the casket, where the Master and the Chaplain of the lodge say a few standardized words and read a memorial roll of the deceased brother (which includes the dates of his degrees, what lodge(s) and grand lodge(s) he was a member of, etc.)

In the absence of remains, the lodge may hold a memorial service in lieu of a Masonic funeral.

It is common for Masons to pass away while traveling.

If a Mason dies or is buried outside of his grand lodge jurisdiction and if there is another jurisdiction that is recognized by his own, then his home lodge can send a request to the foreign lodge to hold a Masonic funeral for the brother.

A Lodge of Sorrow is a ceremony that is opened shortly after the lodge’s annual installation and remains open throughout the year.

At its closure, a tribute is made to all Masons who passed away during that year as well as any Masons for whom the lodge did courtesy services. As part of the tribute, a memorial roll of those departed brethren is read.

A Worshipful Master may decline to give a deceased Mason a Masonic funeral if the conduct of the life of the deceased “reflected discredit upon the Fraternity.”

As with any other portion of the standardized ritual, each lodge should have a funeral team that meets regularly to practice the ceremonies that accompany a Masonic funeral.

This is because a funeral is a solemn occasion, and our fallen brethren merit more than a half-baked ceremony.

Various appendant/concordant and affiliate bodies also have their own ceremonies for their respective members.

It is not unusual for one of these bodies to do services instead of a lodge.

Like funerals in general, those of the Masonic variety are always a solemn affair.

I choose to see them as celebrations of the lives of my brethren.

I have had the bittersweet honor of attending the funerals of two of my brethren; one of them was a Masonic funeral (with which I assisted in the smallest of parts). I did not know them very well; the other was a Mason from a foreign jurisdiction who died while visiting in my area.

Though we did not know him, we still gave him the best graveside service that we could because of the values and principles to which we knew that he had obligated himself.

This privilege is one of the examples of the spirit and Brotherly Love that permeates Freemasonry.

Freemasonry & Science (Connecting The Dots)
6 Things Freemasons Know How To Do Very Well
What Are Masonic Penalties? (Symbolic vs Literal)
10 Common Questions People Have About Freemasonry
How To Become A Knights Templar
What It Means To Be A Freemason (Teachings From A Past Master)
Masonic Fortitude (Masonic Virtues Series)
Can Women Join Freemasonry? (An Interview With A Female Freemason)