Astrology refers to the study of celestial bodies, their movement, and positions, to determine the influence they have on human beings and the world.

Astrological interpretations have always varied from one country to another and in different cultures.

For example, the Islamic understanding of a full moon is different from Christians. This explains why their calendar of significant events keeps on shifting from year to year while in Christianity, it remains constant.

Freemasonry’s association with astrology is vague.

Traceable evidence linking the order to the study of celestial bodies isn’t substantial. Before the clock and modern light were invented, people used to operate in conjunction with the first light at dawn and before darkness set in.

In the past centuries, it was a custom of masons to work between sunrises and sunsets. There were only two days of the year when the lengths of day and night varied.

On St. John the Baptist’s, daylight was the longest, and on Evangelist’s Day, daytime was the shortest.

These two special days marked the midpoint of the year. The two days are articulated to be the origin of the masonic symbols of the sun and moon. 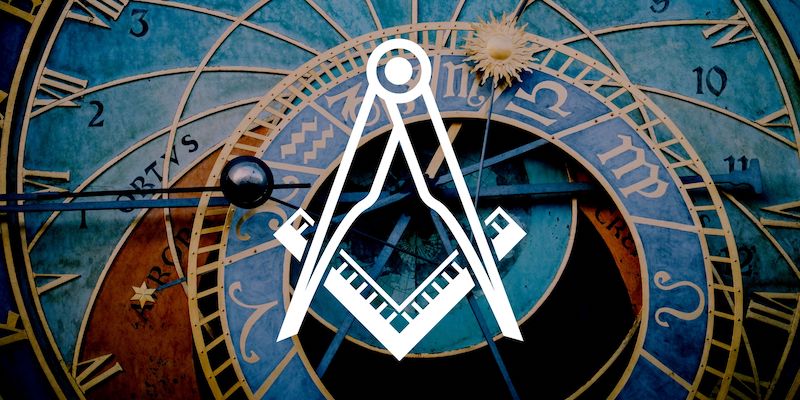 The Sun & The Moon

Two of the most famous astrological symbols are the sun and moon.

The sun in most Freemasonry symbols is represented by the circumpunct (or simply the circle dot).

Circumpunct refers to a circle in the center of a logo. Freemasons view the circumpunct as the point where the brotherhood stands. W.L Wilmshurst, an author, and a mason says,

“As the sun is the center of our solar system and controls and feeds with life the planets circling round it, so at the secret center of individual human life exists a vital, immortal principle, the spirit and the spiritual will of man. This is the faculty, by using which (when we have found it), we can never err.’

In some symbols, the sun and the moon contain a human-like face.

The notable feature of the masonic sun is that it has eight or sixteen rays. For instance, on the Tracing Boards, the sun is on top of the Jachin pillar.

It has a face like an appearance while the mood is on the right side above the Boaz pillar.

Tracing boards are used to teach new members spiritual lessons or a reminder to old members about the concepts they learned in various degrees.

The symbol is on essential parts of lodges, from furniture to floors, on books, or even on exceptional cases inside a lodge.

Back in the 18th and 19th Centuries, some lodges met on the night of the full moon or nearing the full moon so that they could use the light to find their way home. These lodges were called the ‘Full Moon Lodges.’

Both the sun and moon are vital in masonic rituals. According to Albert G. Mackey’s Encyclopedia of Freemasonry, the moon’s symbol in the masonic system was an analogy to its use in ancient religions.

Mason retains the moon in their rites because, as the sun rules over the day, the moon is in charge of the night.

In masonic graduations, the third degree marks the transition between life and death, hence causing rebirth in the spiritual world.

The new Master Mason being reborn in the third degree after a symbolic end of the old master after he has completed his education, thus becoming a new and improved person.

The death and rebirth of the old master into the new master mason can also be derived as a symbol of resurrection. 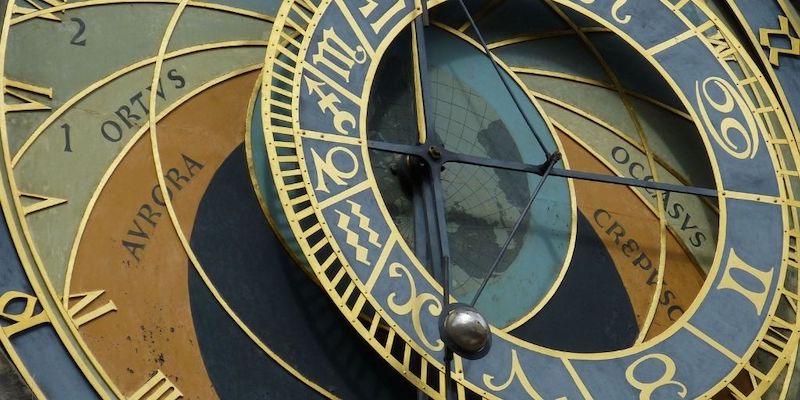 Zodiac signs are widely adopted all over the world. People derive meaning from their lives and predict future events, moods, and even characters according to the sign that aligns with your date or month of birth.

The signs are divided into three groups containing four signs each; the cardinal, fixed, and mutable signs. The cardinal signs include Aries, Cancer, Libra, and Scorpio.

The fixed signs are; Leo, Scorpio, Aquarius, and Taurus. Lastly, the mutable signs are inclusive of Sagittarius, Pisces, Gemini, and Virgo.

Out of the twelve signs, four were initially fixed on the equinoxes and solstices; Taurus, Leo Scorpio, and Aquarius. Scorpio was anciently associated with the eagle, while Aquarius was represented in the form of a man.

The four astrological symbols appeared in religious people’s visions, for example, the Cherubim in Ezekiel’s vision and the four living creatures in John’s.

They are also seen in the Royal arch banner as the ox, eagle, lion, and man recognized as the four living creatures, also known as the Tetramorph.

In Freemasonry, the quartet representations can be seen on the Tracing Boards. On the 19th and 20th-century tracing boards, the zodiac sign cancer is represented in the Keystone of the arch.

It aligns with the Tetramorphs and the Masonic Anno Lucis. In Latino, Anno Lucis refers to the year of light.

It is commonly used in Freemasonry ceremonies and commemorative proceedings. It is equated to the Gregorian year (calendar used in most parts of the world) plus 4000. 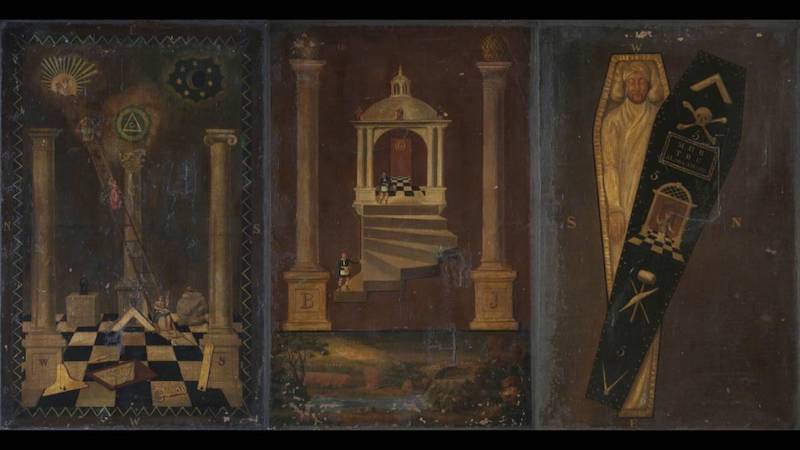 The Masonic blazing star is a universal symbol in Freemasonry.

Even though it has a similar appearance to the five-pointed sun, its meaning is quite different.

The masonic blazing sun is used to various degrees in the fraternity, on furniture, on ornaments, etc. It represents five different things:

We can connect the Freemasonry association to astrology through symbols used in the fraternity.

Even though Masonic symbols are similar to those of astrology, there isn’t any actual writing from the organization confirming their relation.