Well, Freemasonry has been present in Hollywood since the early 1900s.

For a large part of the twentieth century, masons held a prestigious societal position in the organization of the city and landscape.

Over the years, there have been many notable changes. The membership level has shrunk. During the 1960s, masonic membership spiked up to 245,000 brothers in the entire state of California.

The large numbers were because of the welcoming nature of the organization’s members. Unlike other American and European institutions, Masons freely associated themselves with all ethnicities and religious subgroups. 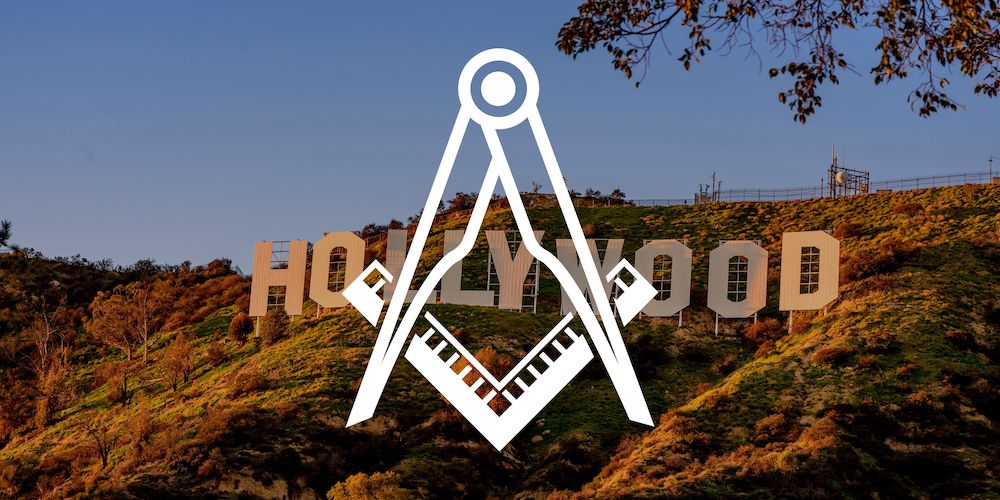 Many conspiracies have arisen about Freemasons creating Hollywood.

The primary reason behind these allegations is that several Hollywood elites were/ are members of the brotherhood. Not only actors but also famous producers, scriptwriters, and production company owners.

The entertainment business corporations founding fathers such as Walt Disney, Louis B. Mayer, and Cecile B. DeMille, were all Masons.

A prominent Hollywood personality who was also Mason is Comedian Richard Pryor. He was one of the topmost influential standup comedians joining the brotherhood in 1981 after initiation into the Henry Brown Lodge No, 22 in Peoria, Illinois.

Harold Clayton Lloyd, an actor, stunt performer, and comedian, belonged to the Hollywood Lodge of Masons. He was a successful actor during the silent film era. Harold received many honoraries and even a star on Hollywood’s walk of fame in 1960.

His initiation into Freemasonry and journey in the brotherhood has not been put into the public’s spotlight.

Marion Micheal Morrison, famously known as John Wayne and nicknamed Duke, was also a mason. He was an actor, director, and producer. Micheal made a big debut in the box office draws due to his roles in top Western Films.

The Warner Brothers, founders of Warner Bros. Entertainment Inc., were Freemasons. The four were members of Mount Olive Lodge No. 506, in California. Various Hollywood films starred by some of the biggest actors are based around Freemasonry.

For example, in 2004, Nicholas Cage played the role of a historian hunting for a fortune hidden by Founding Fathers such as George Washington, who were known Freemasons. 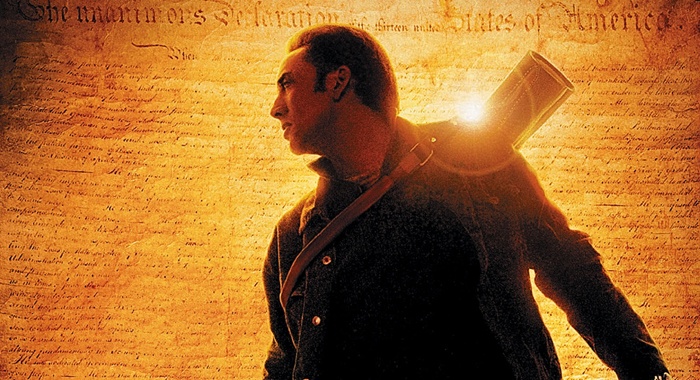 The action film ‘National Treasure‘ is filled with adventure.

The movie’s plot aligns with the public’s assumptions about the social organization.

Other movies based around Freemasonry include:

Los Angeles has some of the most magnificent masonic architecture. Hollywood has at least seven Grand Lodges, or former lodges, whose architectural design continue to beautify the city.

The decline in membership has led to a reduction in the institution’s revenue. Some of the historic masonic structures have been converted into entertainment centers, studios, and theatres.

For example, the Masonic Lodge at Hollywood Forever had been rented out for a concert that was scheduled for June this year.

It is also a vital landmark cemetery in Hollywood. The Van Nuys Masonic Lodge 450 is also open for events, and anyone can hire the space.

In 1921, famous architect John C Austin built the Hollywood Masonic Temple. It was initially known as the Masonic Convention Hall. At the time, the aesthetic and unique architectural design left everyone amazed.

It had a ballroom, lodge rooms, ladies’ parlor, a pipe organ, and a billiard room. In 1922, the Hollywood Lodge of Masons relocated their lodge from their original site to the Hollywood Masonic Temple. Lodge Master Charles E Toberman led the whole building.

When the Great Depression took place in the 1930s, many masons lost their revenue. The lodge had to rent the ground floor to a nightclub.

After World War 2, masons assumed full ownership of the temple, but it was short-lived. By the late 1970s, membership levels were dropping drastically.

The lodge rented out space and moved to Van Nuys. The temple was renamed as the Hollywood West Valley Lodge.

In 1982, Rosita Labello bought the Hollywood Masonic Temple. He then changed the building into a Hollywood Opera and Theatre Company.

After a few productions, LaBello’s Opera failed, and he sold back the building to the lodge.

James Hosyeni, a Detroit developer, signed a 20-year-old lease in 1986. This saw the beginning of the creation of the El Capitan Theatre by 1922, as the building is currently known.

The Mount Olive Lodge was the most impactful in the entertainment industry. Its meetings happened in a building around Hollywood Forever Cemetery next to the Paramount pictures lot.

Stephen Wurzel, a mason from the Conejo Valley Lodge, says,

“During the postwar period, there were 500 members there, and 95 percent worked in the business – it was the ‘motion picture lodge,’ and joining was a known way of getting into the industry.”

The earliest lodge to be formed in Hollywood traces back to 1903. Thirteen Master Masons created the Hollywood Lodge No. 335 f & A.M. A. It was officially constituted on October 28, 1903.

Even though the group isn’t as powerful as it was, the legacy continues to live on. Masonic lodges are still operational in Hollywood. These lodges hold meetings and events according to their calendar.

Currently, there are over 60,000 Freemasonry members across all lodges in the state of California. They have an official website. Anyone above the age of 18 who has attained or has all the requirements is free to join.

Some of the lodges include: 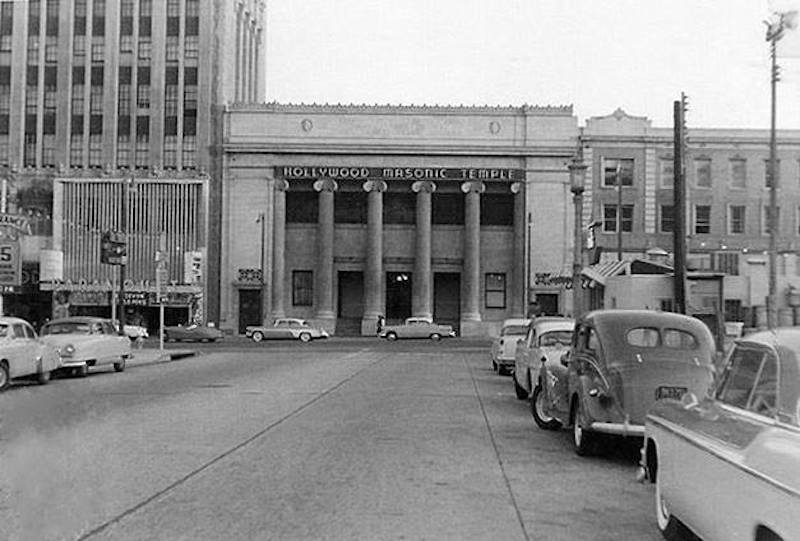 Museums and art shows in Hollywood are displaying masonic tools and possessions over the years. In 2017, Guess Brothers’ new art museum in Los Angeles showcased it’s hidden relics of the brotherhood.

The Beverly Hills Masonic Lodge is also an art gallery. Although membership has dwindled over the years, it is evident that Freemasonry still has a significant impact on the show business.

Will Becoming A Freemason Help You Become A Famous Actor?

No, this is just Hollywood fiction.

Being a Freemason does not give you a leg-up (or a guarantee) that you will become successful in any venture or career you decided to pursue.

There are many benefits that come from being a Freemason, but being rich and famous is not one of them.

If you’d like to become a Freemasons – for all the right reasons – I have a free guide here showing you how to start your application process.

I’ll leave you to it. Talk soon.

15 US Presidents Who Were Freemasons (The Complete List)
5 Ways For A Freemason To Make New Friends In Freemasonry
The Freemason’s Guide To Visiting New York (Masonic Sightseeing)
How Ancient Stonemasons Built Cathedrals
4 Appendant, Concordant, & Affiliate Bodies for Masons
What Do The Square & Compasses Mean In Freemasonry?
Who Speaks Authoritatively for Freemasonry?
Masonic Fortitude (Masonic Virtues Series)