Traditional societies have considered that the imitation of exemplary models was the best way to endow human activity with a transcendent meaning.

In this way, all human behavior had to find an exemplary model previously established by the Divine or by supernatural beings (gods, angels, saints, heroes).

Any foundational act, from the enthronement of a monarch, a marriage rite, sowing or harvesting, to the delimitation of the walls of a city, the layout of a house, the construction of a temple, etc., all of this was based on a ritual that ultimately reproduced or was inspired by the most perfect rite possible;

the one that God used to create the world the Cosmogonic Rite. 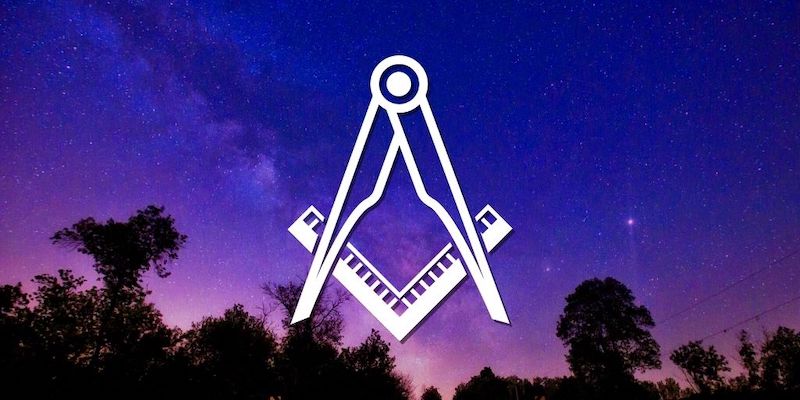 Therefore, the imitation of that primal rite performed in the pure and strong moment of the origins guaranteed effective results.

In short, all the moral, artistic, or technical activities of man, even the most domestic ones, acquired the force of sacredness to the extent that they reflected as well as possible a pre-existing celestial model that, in the first instance, should imitate the rite of the creation of the cosmos.

According to this belief, the prodigious energy displayed by God in creating the world from the invariable center, continued hic et nunc at the disposal of those who knew how to use it through the appropriate rite.

In this way, all the sacred spaces and places consecrated to God (heavenly Paradise, heavenly Jerusalem, earthly paradise, holy city, holy mountain, temple, sancta sanctorum, even the soul or the “eye” of the heart) were in correspondence or communication with the supreme spiritual center.

As Above So Below

In this sense, one of the most notable isomorphies (as above, so below) was the cosmos-temple-man equivalence; the cosmos is the abode of the Presence of God, the temple is the house of God and man is the house of the soul or temple of the Holy Spirit (1 Cor 6:19; 2 Cor 6:16).

If the rite used to create the world had also been effective in turning a building into the house of God, equally an appropriate rite could transform the human body into a holy abode.

Ultimately, the rite turned all of them (cosmos, temple, man) into consecrated spaces.

The reticular conception of this isomorphy of the cosmos implied that the various zones of the universe were intimately connected with the equivalent parts of the temple and also with those of the human body itself.

In effect, the temple reflected the cosmic order because it was oriented according to the cardinal points; the head was its sancta sanctorum, in line with the other end of the vertebral axis or corridor where the access door was flanked by two large columns or extremities (according to a solar axis).

The Heart of The Masonic Temple

The center or heart of the temple was the altar or altar, which communicated above with the dome or the key of the building (polar axis).

In this way, man crossed the threshold of the temple to successfully complete the “path of health” and regain the Edenic state that would reintegrate him with the Creator.

But, although the task of the human builder was to imitate the Great Architect of the Universe when he transformed chaos into the cosmos, he was not always able to discover all the models to be imitated.

Therefore, when the laws, rhythms, and celestial rites were inaccessible to man, then the Divinity itself decided to “reveal them”.

Consistent with this traditional thought, Freemasonry has shown special interest in decorating its temples representing the cosmos as faithfully as possible.

The practice of the rite be as just and perfect as possible so that the reproduction of certain laws and harmonic rhythms attracted celestial influences.

With this, the Masonic motto “Ordo ab Chao” (Order over Chaos) was precisely fulfilled.

Indeed, the Masonic temple is considered a representation of the Universe; the ceiling studded with stars on a blue background is supported by twelve columns arranged along the walls topped by the respective zodiacal signs.

A plumb line hanging from the center points to the pole star. Masonic texts explain that the length of the lodge encompasses the entire world “from east to west”; its width, “from noon to north”; its height, “from earth to heaven”; and its depth, “from the surface to the center of the earth.”

The rite of turning the three lights on and off at the beginning and end of the work represented the creation and end of the cosmic cycle; began at “Noon o’clock” when the rays of the Sun (symbol of celestial influences) were at the highest and fell with more force (in perfect perpendicular) on the earth, and concluded at the Median.

4 Appendant, Concordant, & Affiliate Bodies for Masons
Are Beards, Tattoos, Piercings & Body Modifications Allowed in Freemasonry?
Who Speaks Authoritatively for Freemasonry?
How To Create An Online Presence For Your Masonic Lodge
Should Homosexuality Be Accepted In Freemasonry?
The History of Freemasonry In China
A Visit To The Grand Lodge of Scotland (Pictures Inside)
What Questions Will be Asked When Joining Freemasonry?