Many people I have talked with say that the idea that the origin of Freemasonry could be Chinese is an outrageous idea.

However, I have researched this quintessentially British institution and found that even in Victorian times, several historians, and diplomats who were based in China, also thought that Freemasonry had a Chinese origin. 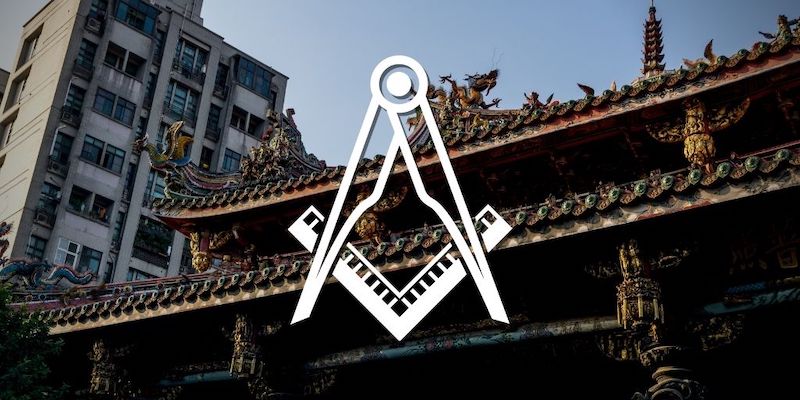 Two of the Earliest Books on a “Chinese Connection”

…were The Hung League by Gustave Schlegel, written in 1866, and

Herbert Giles’s Freemasonry in China, of 1880.

Then a paper published in AQC in 1889 by the Consul in Shanghai, Sir Chaloner Alabaster, titled Freemasonry in China, caught my eye.

In it, he stated that there were many aspects of the Chinese sworn brotherhoods, the TianDiHui, that were similar to Freemasonry, but as there was no King Solomon’s Temple the connection was coincidental.

“I have found existing there [TianDiHui] a mystic faith on which there seems some reason to believe out Craft is founded.”

This “Mystic Faith” is Daoism 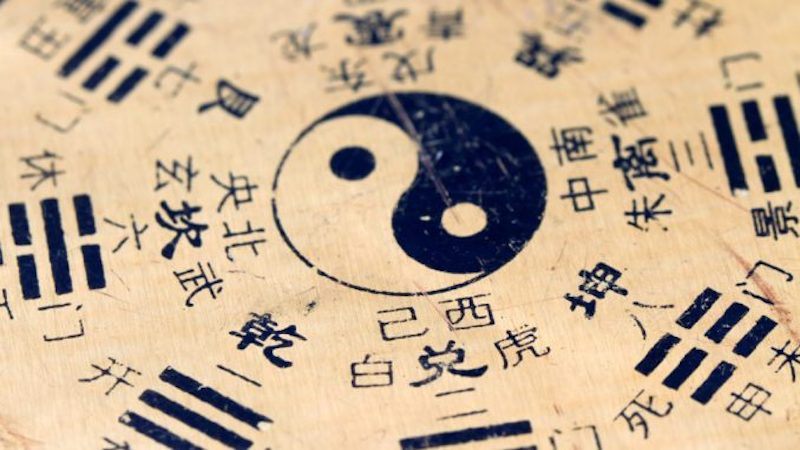 It is important to look at this question from two angles: first, the social history of the time, and secondly, from the ritual itself.

One of the first influences of China on the West came from Catholicism; there was a dispute about Jesuits proselytizing in China as they allowed converts to also pay homage to their ancestors in what became known as “The Chinese Rites controversy,” but other denominations denounced this as paganism.

At the same time, c.1658, the Jesuits introduced to Europe Latin translations of Chinese classical literature such as Confucius and Mencius.

The East India Company brought tea, silk, chinaware, and even opium to London starting in the late 1600s, and this led to a boom in trade with China.

This trade grew and resulted in a new design called Chinoiserie that was used by aristocrats across Europe in furniture, house, and garden designs, and an example of which is a pagoda that was built in Kew Gardens in London in 1762, which still stands. 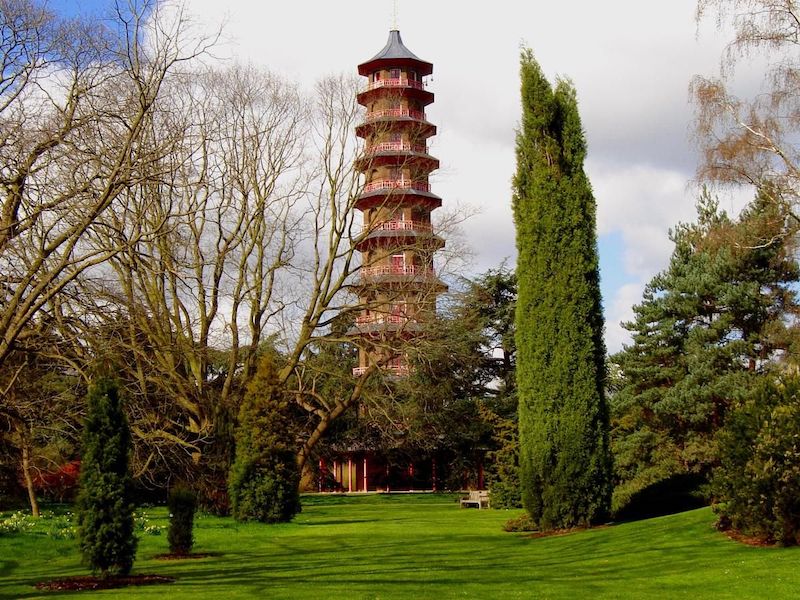 This interest in China continued for over one hundred years until 1839 and the outbreak of the Opium Wars and the closing of Chinese trade to the West.

Interestingly, the Rosetta Stone had been translated by Jean-Francois Champollion in 1822, which led to the rise of “Egyptomania,” and many looking to Egypt for the origin of Freemasonry (such as An Exposition of the Mysteries or Religious Dogmas and Customs of the Ancient Egyptians, Pythagoreans and Druids. Also an inquiry into the Origin, History and Purport of Freemasonry by John Fellows, 1835).

Freemasonry Was Similarly Attracted to China

Several side degrees were written that included Chinese words used as either instructions or passwords, such as the Scots Master degree introduced in 1730, the Irish Master in 1740, the Senior Architect and the Third Elect or the Elu of the Fifteen, both from 1766.

These degrees were practiced both in London and France and lasted about thirty years before the reorganization of French Masonry and later the Scottish Rite.

In 1688, a Chinese mandarin visited London, his name was Shen FuZhong, he was on his way to Rome to be ordained as a Jesuit priest.

Shen came from the exiled Ming court in NanJing, and would have been well-versed in the state religion, Daoism. While in England, Shen stayed at Oxford University with the chief librarian of the Bodleian Library, Thomas Hyde.

We know from their letters what they researched, and among the topics on China was Daoism and the YiJing (I-Ching).

In 1723, the second noble Grand Master, Philip, Duke of Wharton, was unceremoniously made to resign after just six months in the East.

The following year, Wharton established another mystery organization, the Gormogons, or more correctly, the Chinese Order of the Gormogons, which had Confucius as one of its Grand Masters! (Confucius died in 479BC).

The order was set up to sow confusion among the public and discredit the Freemasons. They held parades, “charivari,” and invited Masons to join them, but in the end, they also disbanded following the death of Wharton in 1731, aged thirty-three.

The Gormogons also wrote fictious histories of their organization and one was included in the second edition of the exposé Grand Mystery of Freemasonry Exposed, printed in 1725.

In this “history” Wharton refers to the events at NanJing and the persecution of Jesuits there.

Lastly, we need to look in detail at…

The Ritual of the Three Degrees

I first realized the “Chinese connection” when I was initiated into a Daoist temple in Taiwan.

The Daoist initiation is nearly exactly the same as a First Degree initiation.

There are three main officers, and the senior one, called DianChuanShi meaning the Light Pointing and Transmitting Master, brings Light from the East to the candidate.

The Third Degree also seems to be Chinese and again Daoist, but with a different type of secret teaching. Daoism divided into two streams around 1662, Philosophical Daoism and Religious Daoism.

The Third Degree is also very nearly the same teaching as that of the Chinese classic, The Golden Flower, which teaches a spiritual transformation that is life-changing.

I give details about these Daoist rituals and their correspondence with Freemasonry in my books Freemasonry: Initiation by Light, about the First Degree, and in Freemasonry: Royal Arch, about the Third Degree.

Because of interest in alchemy at the time and a controversy over the future of the soul, I believe that is why the intelligentsia of Europe met in a room above a tavern, The Horn Tavern, to study these things.

Some of those who gathered at the Horn in 1723 were entered into the Lodge’s register:

Lord Paisley (at the time serving as the ninth Grand Master of the Premier Grand Lodge), the 3rd Duke of Queensberry (who was at the time Vice-Admiral of Scotland), Lord Waldegrave (grandson of King James II) and several European nobles.

This was not an Operative Mason’s Lodge, they did not go there to hear about the building trades, they wanted to learn about an advanced spiritual practice, Daoism, that the Mason Emanuel Swedenborg started to experiment with it in 1736, and which he described in his book Heaven and Hell in 1758.

I believe that the first three Grand Masters, Anthony Sayer, George Payne and John Desaguliers, were heavily influenced by several factors when they rewrote the rituals of Operative Masons.

Alchemy would have been very familiar with the early member of the Craft, as was the controversy over what happened to the soul after death.

I think that as Chinese culture was vogue at the time, it is quite possible that Daoism was used to tie these two themes, alchemy and the “tension between the immanence and the transcendent” soul, together into a life-changing experience. Freemasonry.

If you’d like the Spanish version of this article, you can download it here (credit to Carlos Vera for the translation). 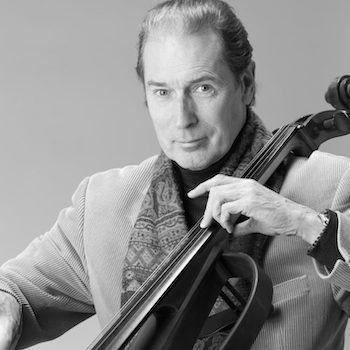 Are All Freemasons Rich? (The Truth May Surprise You)
How To Become A Shriner (& Other Frequently Asked Questions)
9 Famous Men You Did Not Know Are Freemasons
Should Homosexuality Be Accepted In Freemasonry?
The Freemason’s Guide To Visiting New York (Masonic Sightseeing)
Can a Police Officer Become a Freemason?
What It's Like Being The Worshipful Master of a Lodge?
Notable Freemasons: Joseph Warren