When first learning about Masonry or if pertaining to a grand lodge jurisdiction that does not have them, some people confuse appendant/concordant and/or affiliate bodies with Masonry itself.

One such example is Royal Arch Masonry.

What is Royal Arch Masonry?

It is an appendant/concordant group to Masonry that has its own organization, degrees, and charity.

It should be noted that, though I have been a Royal Arch Mason for over a year, most of that time has been spent with no meetings due to the COVID-19 pandemic.

In addition, I have only witnessed the Royal Arch degree ceremonies once when I myself experienced them.

This article is written to the best of my recollection with some assistance from my own ritual book and information compiled by other knowledgeable Masons (such as author Albert Mackey). 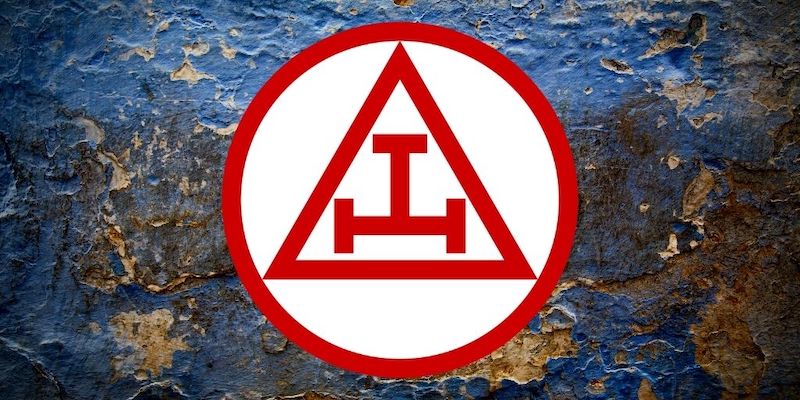 The Nature of Royal Arch Masonry

The nature of Royal Arch Masonry is, like any other appendant/concordant and affiliate body, lateral to (instead of higher than) the three degrees of Craft Masonry (often referred to as “Blue Lodge”).

A Master Mason is a Mason in the highest sense of the term, no matter what additional honors he may receive or degrees he may take in other bodies.

The Royal Arch was once a part of the Master Mason degree; it is difficult to pinpoint exactly when it was separated therefrom or when it became its own body. 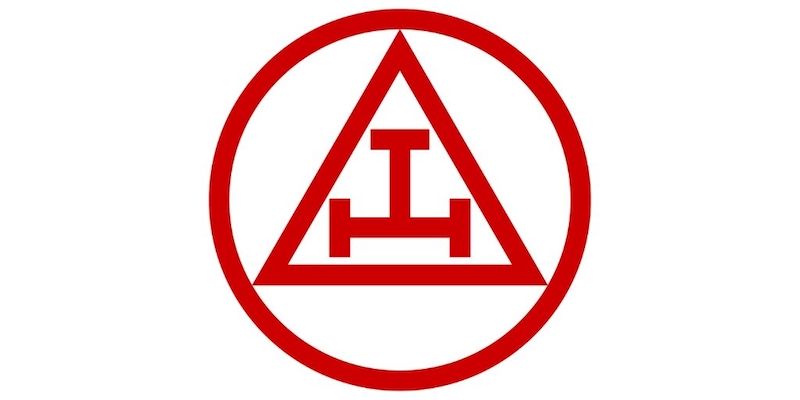 Given its original name, it appears mainly to be focused in the United States of America. There appear to be another 41 such organizations of Royal Arch Masons around the world, the oldest being the Supreme Grand Chapter of Royal Arch Masons of England (chartered in 1766).

A full list of those organizations may be found here.

Under the General Grand Chapter, there are various grand chapter jurisdictions, one for almost every American state (a list of which may be found here).

Under the American grand chapters (and, from what I can tell, under the other 41 grand chapters in other countries), are local chapters, the basic units of Royal Arch Masonry (akin to Craft Masonry’s lodges).

The degree ceremonies of the Royal Arch feature as continuations of the theme of the Master Mason degree, using as its allegorical settings the history of King Solomon’s Temple after its completion and dedication, the destruction of the Temple by the Chaldeans, the Babylonian Captivity of the Jews, and the construction of the Second Temple by Zerubbabel.

This is the first degree of the Royal Arch. In his Encyclopædia of Freemasonry, Dr. Albert Mackey writes the following on the subject:

“If the Fellow-Craft’s Degree is devoted to the inculcation of learning, that of the Mark Master is intended to instruct us how that learning can most usefully and judiciously be employed for our own honor and the profit of others. And it holds forth to the desponding the encouraging though that although our motives may sometimes be misinterpreted by our erring fellow mortals, our attainments be underrated, and our reputations be traduced by the envious and malicious, there is one, at least, who sees not with the eyes of man, but may yet make that stone which the builders rejected, the head of the corner.”

This is the second degree of the Royal Arch. This was originally an honorary degree conferred upon a Worshipful Master of a Craft lodge by three or more past masters.

Its ceremony does not thematically relate to the preceding or succeeding degrees; however, it is viewed as necessary for advancement in the Royal Arch.

Today, it is conferred upon all candidates whether they have served as masters of Craft lodges or not; in such cases, it makes them a virtual past master, as it were.

In his Encyclopædia, Mackey provides a bit more detail into the history of this degree:

“The conferring of this degree, which has no historical connection with the rest of the degrees, in a Chapter, arises from the following circumstance: Originally, when Chapters of Royal Arch Masonry were under the government of Lodges in which the degree was then always conferred, it was a part of the regulations that no one could receive the Royal Arch Degree unless he had previously presided in the Lodge as Master. When the Chapters became independent, the regulation could not be abolished, for that would have been an innovation; the difficulty has, therefore, been obviated, by making every candidate for the degree of Royal Arch a Past Virtual Master before his exaltation.”

It appears, then, that Royal Arch Masonry has employed the virtual experience since long before the internet, the most popular source of virtuality, ever existed!

This is the third degree of the Royal Arch. It uses King Solomon’s dedication of the Temple as its allegorical setting. Masons here learn of their duties to learn and to teach others.

This is the final degree of Royal Arch Masonry and completes the allegory used in Craft Masonry’s Master Mason Degree. From it we learn to apply Masonic values to daily life.

While Craft Masonry is a Brotherhood, Royal Arch Masonry is better described as a Companionship.

Instead of calling each other Brother, we refer to each other as Companion.

I enjoy Mackey’s reasoning for this in his Encyclopædia, which is as follows:

“It refers, most probably, to the companionship in exile and captivity of the ancient Jews, from the destruction of the Temple by Nebuchadnezzar to its restoration by Zerubbabel, under the auspices of Cyrus. In using this title in a higher degree, the Masons who adopted it seem to have intimated that there was a shade of difference between its meaning and that of brother. The latter refers to the universal fatherhood of God and the universal brotherhood of man; but the former represents a companionship or common pursuit of one object—the common endurance of suffering or the common enjoyment of happiness. Companion represents a closer tie than brother. The one is a natural relation shared by all men; the other a connection, the result of choice and confined to a few. All men are our brethren, not all our companions.”

In various parts of the world (including mine), the Royal Arch degrees are done in class format instead of being an individual experience (very much like a grand master’s class); this seems to be due to be low numbers of Royal Arch Masons in such areas.

As a result, I had the privilege of going through the Royal Arch degrees all in one day.

In general, there also does not seem to be the same requirement for passing proficiency between Royal Arch degrees as there is in Craft Masonry.

I am grateful that I can further my own Masonic education while contributing to a worthy charity.

I am also grateful for the brotherhood, companionship, and friendship that strengthens by having more opportunities to interact with wonderful, noteworthy people.

Why Do Freemasons Refer To Each Other As "Brother"?
Notable Freemasons: Benjamin Franklin
32 Masonic Symbols (& What They Mean)
Is It Hard To Become A Freemason? (All Your Questions Answered)
Is Juan Guido of Venezuela a Freemason? (Confirmed)
What Is A Masonic Funeral?
Should Homosexuality Be Accepted In Freemasonry?
3 Youth Groups Associated With The Freemasons