When thinking about heroes of the American Revolution, the name Joseph Warren is not typically the first to come to mind.

However, Warren may be a contender against Samuel Adams for the title “Father of the American Revolution.”

Who was Joseph Warren?

Joseph Warren was a Freemason, the organizer of the Boston Tea Party, the man who sent Paul Revere on his famous midnight ride, and the man who gave up command of American troops at the Battle of Bunker Hill in order to fight as a volunteer alongside them. 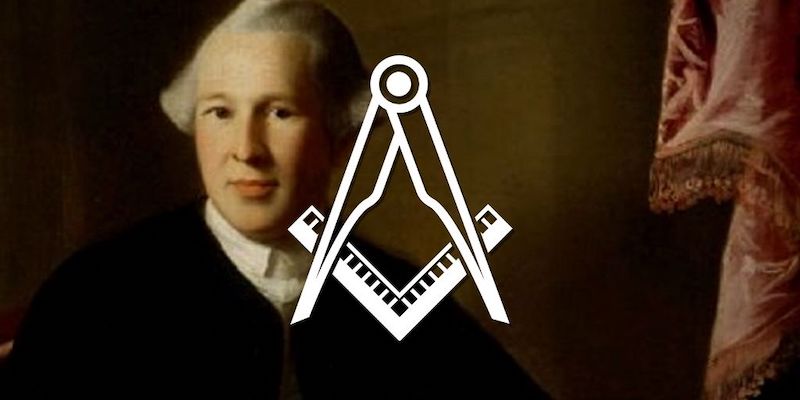 Warren was born on 11 June 1741 in Roxbury, Massachusetts (which at that time was referred to as the Province of Massachusetts Bay).

Warren was a physician by trade. He was a close friend of Paul Revere. Within a week of each other, both Warren and Revere became widowers.

The father of four children, Warren later became engaged to Mercy Scollay; he was killed in battle before they could be wed.

Warren became a member of St Andrew’s Lodge No. 81 in Boston, Massachusetts, which operated under the authority of the Grand Lodge of Scotland.

He eventually served as the Master of this Lodge while Paul Revere served as its Secretary.

During that time, Masonry was not organized in the Americas as it is today.

He was also appointed to be the Grand Master of the Provincial Grand Lodge of Massachusetts at the same time (during which time Paul Revere served as its Grand Senior Deacon).

Warren was among those who influenced the American Revolution, as well as the events leading up to it.

He was one of the honored speakers to deliver an oration in remembrance of the five victims of the Boston Massacre (despite the threats from the British redcoats against those in attendance). He was also a leader among the Sons of Liberty.

With Sam Adams, Warren also organized what would later become known as the Boston Tea Party.

Warren is also the one who sent Paul Revere and William Dawes on their famous midnight rides to warn American militias that the British were coming and to warn John Hancock and Samuel Adams of their upcoming arrests.

Warren also fought at the Battle of Concord and Lexington; he almost died in this battle, a musket ball hitting a pin out of his wig.

Warren later died at the Battle of Bunker Hill (specifically at Breed’s Hill) on 17 June 1775.

He was therefore kept in a house under guard so that he might not participate; Warren is reported to have taken a nap, awaking to find the guard being gone. Warren then proceeded directly to Bunker Hill to participate in the battle, dressed up in clothes would be equivalent today to a suit or tuxedo.

It was known that he was to be given the commission of Major General; when he arrived, then-Major Israel Putnam offered to give command of the American forces to Warren.

Warren, not having formally received that commission yet, declined to take command and requested to be placed as a volunteer where the most help would be needed.

Warren was shot in the head. His body was pilfered and buried in a mass grave.

Almost a year later, a few patriots, including Revere, went back to look for his body to give him a proper burial. Due to the decomposition of the bodies, it was difficult to figure out which one was Warren.

They eventually identified his body by a set of dental prosthetics made of ivory (which Paul Revere had created long prior for Warren, replacing his upper left canine and first molar); this may well have been the first instance of forensic identification to have occurred in the Americas.

Warren was reburied at the Granary Burying Ground, a historic cemetery where many notable Americans are buried (including Paul Revere, Benjamin Franklin’s parents, Samuel Adams, and John Hancock).

His body was moved again in 1825 to be buried at St Paul’s Church and was moved one final time to his family’s vault in Forest Hills Cemetery.

General Marquis de Lafayette was present at the 1825 reburial; he took some of the dirt from where Warren was shot and saw that it would be spread over his own grave.

There are few men from history who have more places in the United States of America named after them than Joseph Warren (one of whom being George Washington).

Even so, knowledge of him and his contributions to his country seems to have fallen by the wayside (something that would have been unthinkable from the time of the American Revolution even up to the 1820s); this may have been avoided had he remained buried at the Granary Burying Ground, which is located today just off of the Freedom Trail at Boston.

Dr. Joseph Warren was the embodiment of American Patriotism; he has done more for our country than most may ever know.

I have only known about him since the beginning of this month; in my mind, I have easily given him his rightful place among other notable forefathers like George Washington, Samuel Adams, Paul Revere, Benjamin Franklin, and so on.

If you would like to learn more about Joseph Warren, I recommend Saving Dr. Warren … A True Patriot by Jeffery J. McKenna.

Written as a historical fiction novel for a middle school and high school audience, this book truly illustrates the character of Warren and the importance of patriotism in a way that I cannot, no matter how much I wish that I could.

It has easily become my favorite book, having inspired me to research more about my newly favorite hero as well as to be more grateful for my country.

Where & When Did Freemasonry Start?﻿ (The Origins Of Freemasonry)
Freemasonry & Hollywood: Famous Actors Who Were Freemasons
Freemasons & The 4th of July (Why This Day Is Important)﻿﻿
Was Jack The Ripper A Freemason?
Why Are American Lodges Dedicated to the Holy Saints John?
Freemasonry & The American Revolution
Is Buzz Aldrin A Freemason? (The Masonic Flag On The Moon)
Which Members of The Royal Family Are Freemasons?