San Francisco once had its own celebrity who happened also to be a Mason: his name was Joshua Abraham Norton.

Who was Norton and why was he so popular?

Joshua Abraham Norton was a British national in the mid-19th century who found his way to San Francisco and became one of the early leading entrepreneurs in the early stages of tremendous growth for that great city. He would build a fortune quickly and lose it even quicker. He pronounced himself Emperor of the United States of America, and the city of San Francisco went along with it. 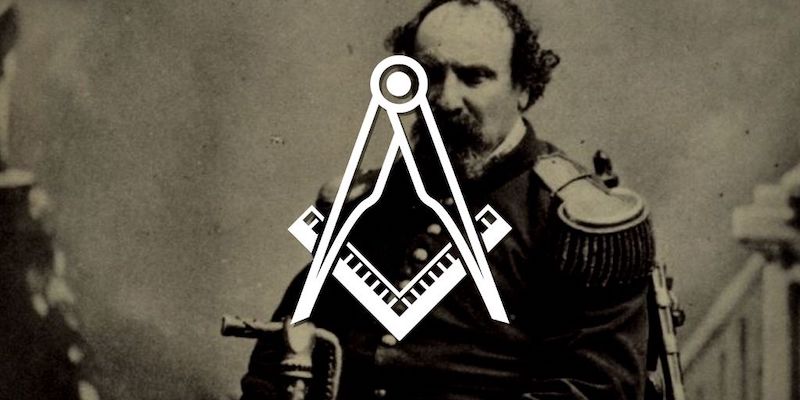 Norton was born on 4 February 1818 into a Jewish family in England.

His parents came from wealthy families; his father was a successful farmer and merchant, while his mother came from a highly successful merchant family.

The Norton family moved to South Africa just two years after Joshua’s birth. There his father established a successful ship chandlery. As the only surviving son, Joshua stood to inherit a small fortune.

But, as is common in many situations, two things intervened:

Enterprises in the Americas

He arrived in Boston but did not stay long; he left for South America shortly afterwards.

That number has been questioned, but it is fair to say that Norton had significant real estate holdings and private property, including three of the four corners at the intersection of Sansome and Jackson Streets.

Norton associated with the elite of San Francisco.

He helped fund the city theater and donated money to establish a fire department. He was also one of the charter members of Occidental Lodge No. 22 in San Francisco.

It appears that Norton struck gold; not in the literal sense, but in providing needs and pleasure for the gold miners that had populated the area close to the time of his arrival.

In late 1852, Norton stumbled on another speculation that could pay off handsomely. China, which had supplied most of the world’s rice, suffered a devastating rice famine.

The crisis turned severe, quickly leading to a ban by the Chinese government on rice exports. The Chinese would lose over 18% of its population over the course of the next two decades (80 million people) because of the famine.

In this, Norton saw an opportunity. The shortage of rice had driven up prices 900%. When a Peruvian ship entered San Francisco Bay, Norton quickly cornered the market by agreeing to pay 12.5 cents per pound. One-third of the prevailing 36 cents per pound was caused by the shortage.

But the very next day, after Norton had put his name on the dotted line, several more ships entered the harbor carrying Peruvian rice. That pattern continued daily over the next two weeks; the price thereafter dropped to less than 3 cents per pound.

Norton sought to void the contract on the grounds that he had been misled or defrauded. The case lasted three years and cost Norton substantially in legal fees. In the end, the court found against him; he was left with no choice but to declare bankruptcy.

By 1858 Norton was living in a boarding house where the accommodations were far below the standard of living to which he had been accustomed. About this time, Norton disappears from history; either he left San Francisco or simply became reclusive and disappeared from the public eye. 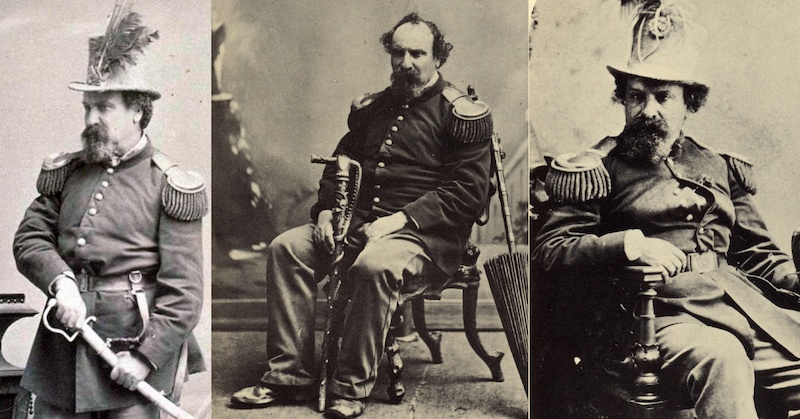 His disappearance from public view made his reemergence even more precipitous.

On 17 September 1859, Norton walked into the offices of the San Francisco Evening Bulletin and was able to persuade the paper to publish the following proclamation:

“At the peremptory request of a large majority of the citizens of these United States, I, Joshua Norton, formerly of also Bay, Cape of Good Hope, and now too the last nine years and ten months past of San Francisco, California, declare and proclaim myself Emperor of these U.S., and in virtue of the authority thereby in me vested do hereby order and direct the representatives of the different States of the Union to assemble in Musical Hall of this city, on the 1st day of February next, then and there to make such alterations in the existing laws of the Union as may ameliorate the evils under which the country is laboring, and thereby cause confidence to exist, both at home and abroad, in our stability and integrity.”

It was signed “Norton I, Emperor of the United States.”

Most were not quite sure how to characterize this sudden snap in Norton’s behavior. It was noted that certain eccentricities existed in the man prior to his financial ruin.

Some believed him not to be mad at all. Travel documentarian Timothy Levitch, put it this way: “Some say he’d gone mad; others say he’d gone wise.”

Whatever the case, the city of San Francisco accepted him and even fed into his ego by publishing all his proclamations in his 20-plus year reign. Despite having accompanying authority, the proclamations made by Norton were ahead of his time and instantly became popular.

He was against all corruption, politically or in business. He was a champion of immigrant rights, decrying the mistreatment of African-Americans, Chinese, and Native Americans. After the Civil War gave former slaves freedom, he demanded equal treatment with admission to public schools and riding public streetcars.

He was a strong proponent of separating Church and State; he also warned against puritanical extremists.  He was against the enforcement of “Sunday Laws” which forced businesses to close on Sunday, arguing that those laws discriminated against Germans and Jews. He was among the first to support women’s suffrage.

He was the first to demand that a bridge be built between San Francisco and Oakland. Many scoffed at the suggestion but later when the Bay Bridge became a reality, the financial benefits of connecting the two cities were apparent.

His daily routines included reading the leading newspapers of the times. He would often be seen reading even more at the library. In the evenings he would watch and occasionally participate in public debate at the city square.

He regularly attended the California State Legislature proceedings in Sacramento. The Emperor kept himself well-versed in the current events of the day.

Though he acted as an Emperor, he lived a pauper’s existence. Without income, Norton relied on assistance from Masonic brethren and former business associates for his room and board. He lived at the Eureka for 50 cents per day.

Later, as his fame grew, he sold banknotes with his likeness to visiting tourists. These notes sold for between 50 cents and 10 dollars. The remaining few are now selling for more than $10,000 at auction.

Norton’s purportedly inimical neighbor, Samuel Clemens, lived in the same building. Clemens, better known as Mark Twain, used Norton as a model for the delusional King in his Adventures of Huckleberry Finn.

The U.S. Census of 1870 listed Norton’s occupation as “Emperor”. It also noted that he was insane. Perhaps as a slight to the U.S. President, the King Kamehameha V of Hawai’i recognized Norton as the leader of the U.S. due to the American occupation of his realm.

Most men would disappear from history after such a huge stumble; but that is when Norton took center stage. Though he never recovered his fortune, he did gain fame through his antics after the huge loss.

The Emperor’s reign ended on 8 January 1880 when he collapsed while walking to the California Academy of Sciences to attend a lecture. The San Francisco Chronicle led with the headline “Le Roi Est Mort”. His Masonic brethren buried him with honors in the local Masonic Cemetery.

The question remains however: Was Norton crazy or was he crazy smart?

Though his pronouncement as Emperor did not lead to the vast wealth he once enjoyed, it certainly led to more fame than he would have enjoyed had he not suffered his financial setback.

Perhaps he was still trying to make a mark and actually delivered some key social and economic edicts that would eventually come to fruition. At the very worst, you could say he was a man with ideas way before his time.

This article was written for MasonicFind.com by Brandon Cole, SW, and his Father, Darren Cole.