Here in the USA, we Freemasons are typically proud of our American forefathers, especially those who were members of the Craft. However, as with everything else, there are exceptions, one of whom is Benedict Arnold.

Who was Benedict Arnold?

A General of the United States Continental Army, under the command of General George Washington; he betrayed the American cause and defected to the British. 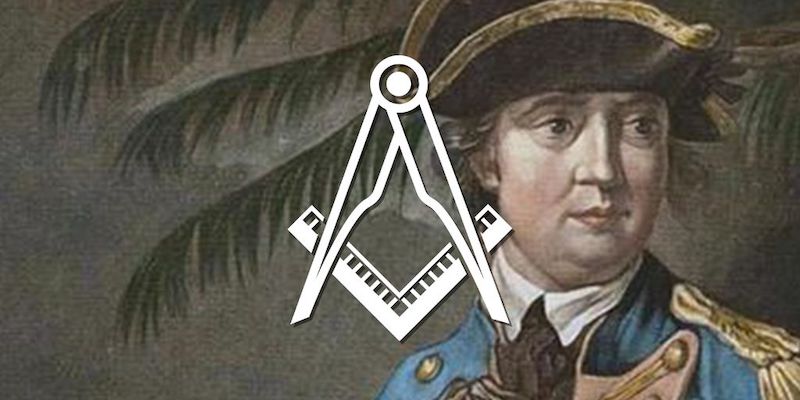 Born into a respected family on 14 January 1741, Benedict Arnold was the fifth male in his family with the most infamous name in American history.

The first Benedict Arnold was his great-grandfather, an early governor of the Colony of Rhode Island. In succession, his grandfather, father, and oldest brother (who died in infancy) also bore the name.

The first Benedict was born in England and sailed with his family to Massachusetts Bay. He then moved to Narragansett Bay at Providence Plantation by request of Roger Williams.

He learned several indigenous languages at an early age and became one of the leading interpreters for the Rhode Island colony (Williams being the other).

He later settled in Newport, was elected a commissioner, and then succeeded Williams as President of the Colony. Later, he would be elected three separate times as the Provincial Governor of the colony. He died during his final term.

His other descendants also include Senator Stephen Arnold Douglas from Illinois—famous for his debates with Abraham Lincoln.

By the time the fifth Benedict appeared, the Arnolds were still held in high esteem.

His father married Hannah Waterman, who was part of the wealthy Lathrop family. However, the Yellow Fever epidemic brought tragedy.

Benedict and his sister Hannah survived; their three siblings (Absolom, Mary, and the youngest Elizabeth) died before they reached adulthood.

Their deaths weren’t simultaneous but happened sequentially over a six-year period. With each death, the children’s father sank deeper and deeper into alcoholism and depression.

This led to the failure of the family business and terminated the education of the young Benedict Arnold.

Benedict had expected to attend Yale College but now had to apprentice with his mother’s cousins (Daniel and Joshua Lathrop), doctors who ran a very successful apothecary.

At age fourteen, Benedict tried enlisting in the Army at the start of the French and Indian War, which his mother Hannah prevented.

The two grew to have a tight bond. Benedict was shattered when his mother died four years later. He left his apprenticeship and opened his own apothecary to support his father (who suffered from alcohol-induced dementia) and his sister. His father later died in 1761.

Benedict’s apothecary business grew and became very successful, to the point of partnering with Adam Babcock, purchasing three trading ships, and establishing lucrative trade routes with the West Indies in 1764.

Benedict was very hardworking and usually commanded one of his ships to ensure that business ran smoothly.

Around this time, Benedict’s brash behavior began to emerge. On one of his trips, a British sea captain called Benedict a “damn Yankee, destitute of good manners or those of a gentleman” while in Honduras.

Benedict challenged the captain to a duel. In the first round of gunfire exchange, the captain was wounded.

After Benedict relayed his intention to kill the captain with the next round of gunfire, the captain apologized and withdrew.

Shortly after Benedict began his trading, Britain began imposing several taxes that affected mercantile trade in the American colonies to pay for the war that had just ended.

Benedict, like many merchants, defied the taxes and became a smuggler. While in his mid-twenties, Benedict didn’t openly defy the law but joined the Sons of Liberty, a secret organization that resisted restrictive Parliamentary taxes.

In January 1767, Benedict was arrested along with members of his crew for beating a man suspected of informing authorities of Benedict’s smuggling.

He was convicted of disorderly conduct and ordered to pay fifty shillings. Sympathetic publicity likely led to his light sentence. 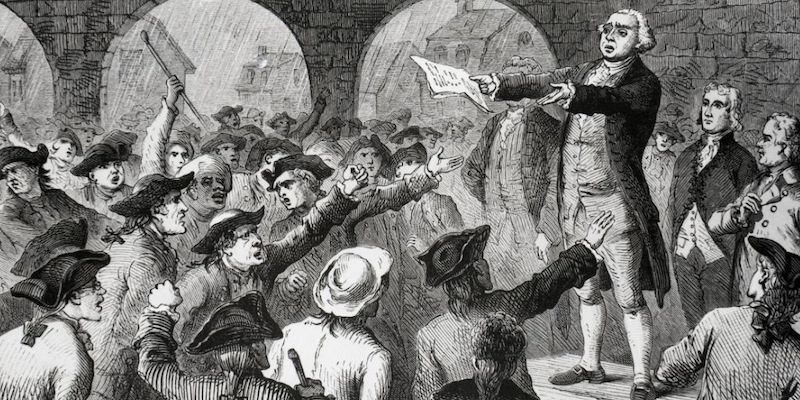 In 1767, Benedict married Margaret Mansfield, daughter of Samuel Mansfield (the sheriff of New Haven and a fellow Mason).

The marriage produced three sons: Benedict, Richard, and Henry. Benedict’s sister Hannah moved in with the family and helped Margaret raise the children. She took an even stronger role when Margaret died in 1775 during Benedict’s capture of Fort Ticonderoga.

With the start of the Revolutionary War, Benedict was elected captain in the Connecticut militia. He was instrumental in capturing the undermanned Fort Ticonderoga and the heavy artillery that would later be used to siege Boston.

His company joined up with Ethan Allen and the Green Mountain Boys on the expedition. Both men submitted battle reports, each omitting the name of the other, to the Continental Congress.

However, when the messenger James Easton arrived in Philadelphia, Benedict’s version had disappeared.

Easton wasn’t a fan of Benedict, thinking him a war profiteer. Another soldier, John Brown, published a handbill about Benedict claiming that “Money is this man’s God, and to get enough of it he would sacrifice his country” four years before Benedict did exactly that.

However, with each engagement, Benedict showed valor and great skill in battlefield tactics. But each time someone else got the bulk of the credit.

While many soldiers contended that it was Benedict who carried the day at Saratoga, his commanding general, Horatio Gates, claimed and took the credit.

Benedict sustained three injuries to his left leg that required surgery, eventually leaving it three inches shorter than his right.

During recovery, Benedict became more disenchanted as he saw soldiers of lesser rank promoted above him. By then, Benedict was a brigadier general but probably deserved higher command.

Washington was an advocate for him before Congress, but Benedict had many rivals and enemies that had ties with Congress.

Washington secured an appointment for Benedict in Philadelphia where he could live comfortably during his physical rehabilitation. This appointment proved hazardous.

In Philadelphia, Benedict met, fell in love with, and married Margaret “Peggy” Shippen, daughter of a loyalist judge and who previously had a relationship with the British spy chief, Major John Andre.

Likely at that point, Shippen’s sympathies (along with the prior snubs for promotion—and no doubt mixed with the greed that characterized Benedict) planted the seeds of treachery.

This led to more accusations of grift and profiteering from several people. The most damaging came from Joseph Reed, who’d publicly served in the Colonial Army without taking compensation and even turned down a bribe for £10,000 pounds to promote colonial reconciliation with the Crown.

This led to Benedict’s court-martial; but, largely due to Washington’s influence, Benedict was largely exonerated. He received a light reprimand from Washington. This only heightened Benedict’s disaffection for his new country.

Benedict initiated secret communications with Major Andre and began taking financial steps in preparation for his betrayal. He sold his home in Connecticut and began transferring his assets to London through intermediaries.

He sent a secret message around this time (June 1780) to the British about his impending command at West Point, stating that he could provide a “drawing of the works by which you might take West Point without loss”.

Benedict’s subordinates believed he sold them on the black market. Benedict met Major Andre in-person on September 21st and made final plans to deliver West Point into British hands.

However, Andre had to cross over into enemy territory and was captured by militia on his return. Benedict learned of his capture and fled across enemy lines before he could be captured. 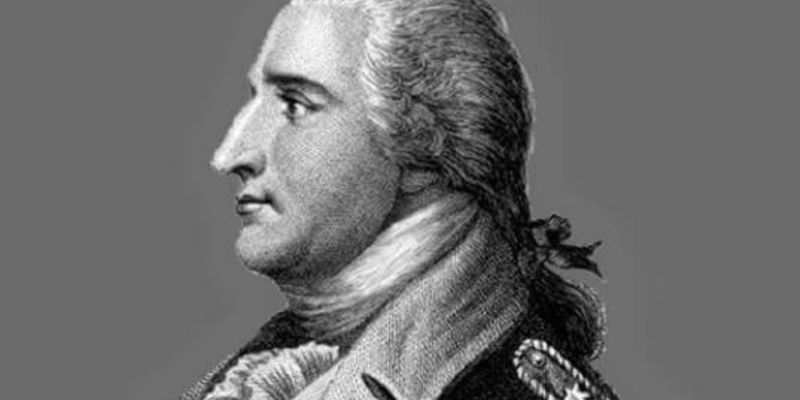 After serving part of the war in command of British forces, Benedict left for England in 1781 with his family.

He spent most of his remaining life there with a short stint in New Brunswick, Canada (then a British province). He died in 1801. He had eight children that survived to adulthood.

Seven were sons who all served as officers in the military—two for the United States.

Arnold joined Hiram Lodge No. 1 in New Haven, Connecticut in 1761; it’s believed that this Lodge initiated him, but some Masonic scholars claim that he was initiated in the West Indies and later affiliated with Hiram Lodge.

However, he visited several Lodges (as recorded over the next few years prior to the Revolutionary War) and made connections at Lodge meetings that likely led to his membership in the Sons of Liberty.

After learning of Arnold’s treason, Hiram Lodge removed his name from its membership rolls.

Among the Lodges that Arnold visited was Solomon Lodge No. 1 in Poughkeepsie, New York, which later passed a resolution that read, “Ordered that the Name of Benedict Arnold be considered as obliterated from the Minutes of this Lodge, a Traitor.”

Benedict Arnold was a loyal son, a nurturing brother, a loving father and husband, a successful merchant, and a brave soldier; but he was also an infamous traitor.

This article was written for MasonicFind.com by PM Brandon Cole and his father, Darren T. Cole.

St. John the Evangelist (The Patron Saint of Freemasonry)﻿
Is Buzz Aldrin A Freemason? (The Masonic Flag On The Moon)
7 Masonic Facts About Freemason Winston Churchill
Freemasonry, Politics & Religion (What Must Be Known)
Freemasonry & Science (Connecting The Dots)
Was Aleister Crowley a Freemason?
Was George Washington (Really) A Freemason?
Notable Freemasons: Michael Carbis (A Murdered Freemason)