Freemasons are a minority in just about every demographic. That said, there are the occasional few who reach the point of celebrity.

In the case of American Presidents who were also Freemasons, they (thus far) make up about one-third.

So which American Presidents have been Freemasons?

There was a total of 15 US Presidents who were also Freemasons, and they are: 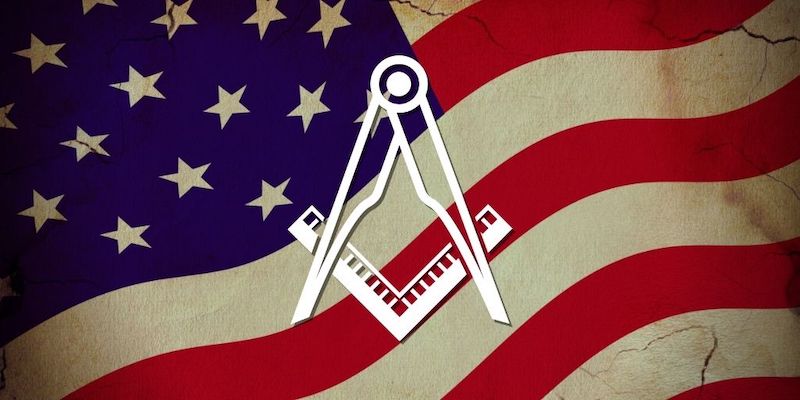 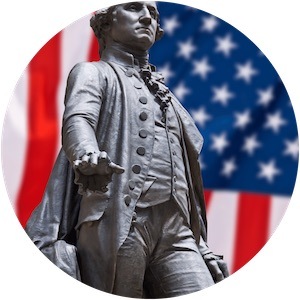 George Washington served as Commanding General of the American Continental Army during the American Revolutionary War (1776-1781).

After the nation gained its independence, he also served as its first President (1789-1796), declining to be crowned as king.

He also held honorary membership in Holland Lodge No. 8 in New York City, New York. One Governor Ritner made a claim in 1837 that Washington renounced Masonry before his death; however, this claim has been discredited; Washington remained a member of the Craft until his death.

He was honored with a Masonic funeral at the request of his widow Martha.

Today the George Washington Masonic National Memorial serves as a museum of his life as well as a research library, a performing arts center, and an active Masonic temple. 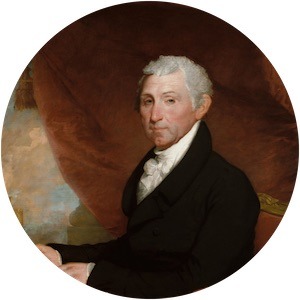 The fifth President of the United States (1817-1825), Monroe was initiated on 9 November 1775 in Williamsburg Lodge (now No. 6) in Williamsburg, Virginia.

There is no record found of him having received the 2° or 3°; it is generally accepted, however, that he received these degrees in a military lodge during the Revolution. Williamsburg Lodge has records of Monroe having paid dues through 1780.

He also held membership in Kilwinning Cross Lodge No. 2 in Port Royal, Virginia. 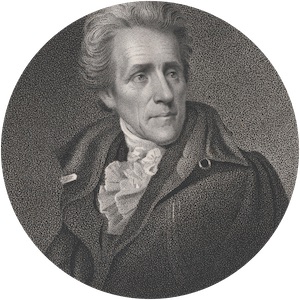 The seventh President of the United States (from 1829 to 1837), Jackson was a member of Harmony Lodge No. 1 in Nashville, Tennessee.

He was also an honorary member of Federal Lodge No. 1 in Washington, D.C., and Jackson Lodge No. 1 in Tallahassee, Florida. In 1822 and 1823, he served as the Grand Master of the Grand Lodge of Tennessee.

He is only one of two men to have served both as a Grand Master and as President of the United States. 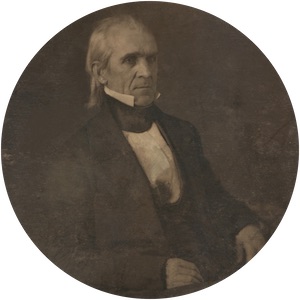 He was also exalted a Royal Arch Mason in La Fayette Chapter No. 4 in Columbia in 1825.

He oversaw the opening of the Smithsonian Institution (where he assisted in laying the cornerstone in 1847) and of the U.S. Naval Academy; he also oversaw the issuance of the first postage stamps in the United States. 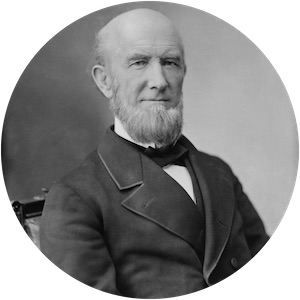 The fifteenth President of the United States (1857-1861), Buchanan was initiated on 11 December 1816; he was passed and raised the following year, all in Lodge No. 43 in Lancaster, Pennsylvania.

He was also later exalted in Royal Arch Chapter No. 43. He is known for the Utah War (known by modern historians as “Buchanan’s Blunder”), an event wherein he sent one-third of the whole US Army to quell a non-existent insurrection among the Latter-day Saints in the Utah Territory. 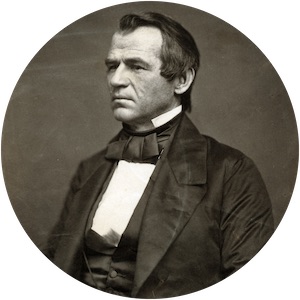 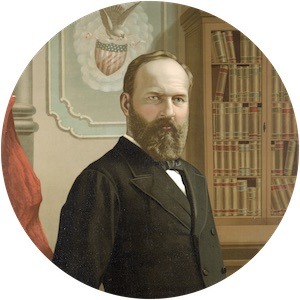 The twentieth President of the United States (1881), Garfield was assassinated months after his inauguration. 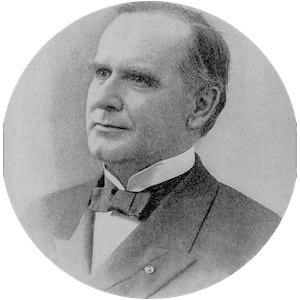 The twenty-seventh President of the United States (1897-1901) and the thirty-ninth governor of Ohio (1892-1896), McKinley was initiated in the first degree on 1 May, passed to the second degree on 2 May, and raised to the sublime degree of Master Mason on 3 May, all in 1865 in Hiram Lodge No. 21 in Winchester, Virginia.

When he passed away, he was a member of Eagle Lodge No. 431 in Canton, OH; this lodge was later renamed William McKinley Lodge No. 431.

Prior to becoming a Freemason, McKinley had noticed a Masonic exchange during the Civil War, which comes to us via William H Armstrong as follows:

“Almost as soon as we passed the guard, I noticed that the doctor shook hands with a number of Confederate prisoners. He also took from his pocket a roll of bills, and distributed all he had among them. Boy-like, I looked on in wonderment; I didn’t know what it meant. On the way back to our camp I asked him, ‘Did you know these men or ever see them before?’ ‘No,’ replied the doctor, ‘I never saw them before.’ ‘But how did you know them and why did you give them money?’, I asked. ‘They are Masons, and we Masons have ways of finding that out.’ ‘But,’ I persisted, ‘you gave them a lot of money, all you had about you. Do you ever expect to get it back?’ ‘Well,’ said the doctor, ‘if they are ever able to pay it back, they will. But it makes no difference to me. They are brother Masons in trouble, and I am only doing my duty.’ I said to myself, ‘If that is Masonry I will take some of it myself.’” 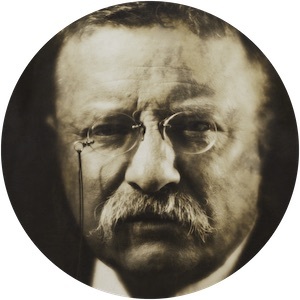 In an address to the Grand Lodge of Pennsylvania, he once described his reasons for becoming a Mason:

“One of the things that attracted me so greatly to Masonry, that I hailed the chance of becoming a Mason, was that it really did act up to what we, as a government and as a people, are pledged to – of treating each man on his merits as a man. When Brother George Washington went into a lodge of the fraternity, he went into the one place in the United States where he stood below or above his fellows according to their official position in the lodge. He went into the place where the idea of our government was realized as far as it is humanly possible for mankind to realize a lofty idea.”

Taft was made a “Mason at sight” in an “occasional lodge” called for that purpose on 18 February 1909 in the Scottish Rite Cathedral in Cincinnati, Ohio by then-Grand Master Charles S Hoskinson of the Grand Lodge of Ohio. 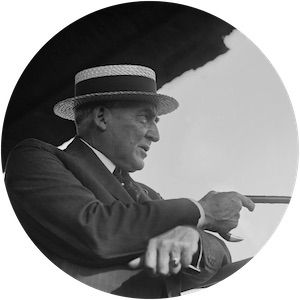 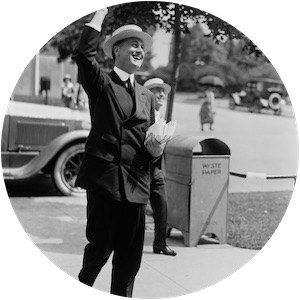 The thirty-second President of the United States (1933-1945), the forty-fourth governor of New York (929-1932), and the twelfth Assistant Secretary of the U.S. Navy, Roosevelt (son of Theodore) was initiated on 11 October 1911 in Holland Lodge No. 8 (where George Washington held honorary membership) in New York City, New York.

He was also made Honorary Grand Master of the Order of DeMolay (a youth organization appendant/concordant to Masonry) on 13 April 1934. 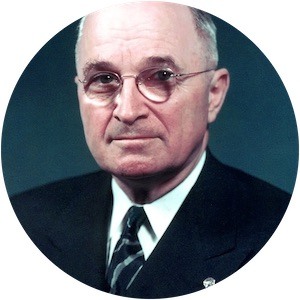 In 1911, this lodge split; Truman served as the first Worshipful Master of the new lodge, which was Grandview Lodge No. 618.

Truman served as the ninety-seventh Grand Master of the Grand Lodge of Missouri AF&AM from September 1940 until October 1941; after Jackson, he is the only other person to have served both as a Grand Master and as a President of the United States.

In October 1945, he was made a Sovereign Grand Inspector General (33°) of the Southern Jurisdiction of the Ancient and Accepted Scottish Rite and an Honorary Member of its Supreme Council.

He was also elected an Honorary Grand Master of the International Order of DeMolay. He is the only President of the United States to have received a fifty-year Masonic award. 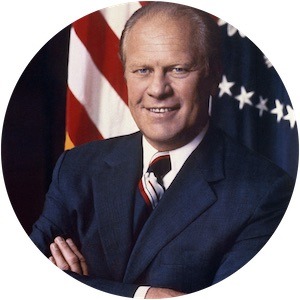 On 26 September 1962, he was made Sovereign Grand Inspector General (33°) in the Northern Masonic Jurisdiction of the Ancient and Accepted Scottish Rite and made an honorary member of its Supreme Council.

He was also made Honorary Grand Master of the International Order of DeMolay. Ford is the last Mason to have served as President of the United States. 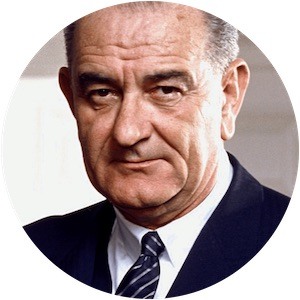 However, he did not finish all three degrees. He was only an entered apprentice. 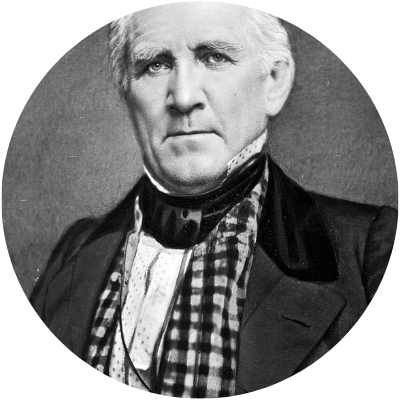 The sixth Governor of Tennessee (1827-1829); although not a President of the United States, Houston did serve twice as President of the Republic of Texas (1836-1838; 1841-1844) before it became a member of the American Union, so we are including him in this list of American Presidents.

Adopted by Principal Chief Oolooteka (correctly called ᎠᎱᎷᏕᎩ [pronounced Ahuludegi] in Cherokee; also known as John Jolly) of the Cherokee Nation–West and therefore a member of that nation, Houston is the only Cherokee in history to have served as an American President of a country.

His Cherokee name was ᎪᎳᎾ [pronounced Kolana], which means Raven; he also spoke the Cherokee language fluently. He was a member of Cumberland Lodge No. 8 in Nashville, Tennessee.

In 1837, Houston presided over a group of Masons that met in the Texas Senate Chamber; it was there that he resolved to form the Grand Lodge of the Republic of Texas.

That Grand Lodge was formed in 1838, and Houston installed its first grand lodge officers (including the first Grand Master); he thereafter joined Holland Lodge No. 1 in Houston, Texas. 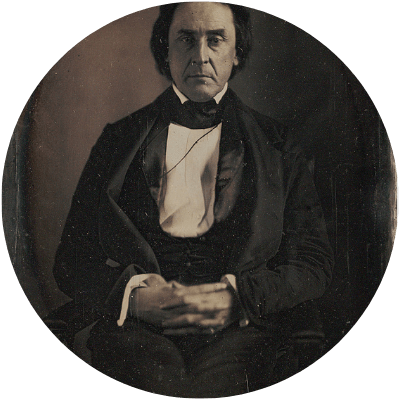 Atchison was purportedly the twelfth President of the United States for one day (as Acting President from noon of 4 March 1849 through noon of the next day), with James K Polk’s term ending on 4 March and President-elect Zachary Taylor not taking his oath of office until the next day (Monday).

He himself never made any such claim and historians typically dismiss it. He was a member of Platte Lodge No. 56 in Missouri.

What Is A Masonic Investigation?
Can a Police Officer Become a Freemason?
Freemasonry & Astrology (Are These Two Connected?)
Is Juan Guido of Venezuela a Freemason? (Confirmed)
The Difference Between Freemasonry & The Illuminati (Explained)
What Is The Meaning of The Masonic Ring?
The Masonic Temple As A Reflection Of The Cosmos
Can A Christian Become A Freemason? (Freemasonry & Christianity)﻿﻿