Can a Muslim become a Freemason?

Today, we’re taking a closer look at the (sometimes complicated) relationship between Islam and Freemasonry, and you’d be surprised to know how far back these two actually go.

If you’re looking to learn more about how Freemasonry is viewed in Islam, the history between the two and/or you’re wondering if (& how) you can become a Freemason as a Muslim, be sure to continue reading as we’re about to answer all of your questions, and more.

TLDR: Any man can become a Freemason, no matter the religion. However, being a Muslim Freemason can bring with it some unintended consequences if you do not reside in a Masonic-friendly Islamic country. 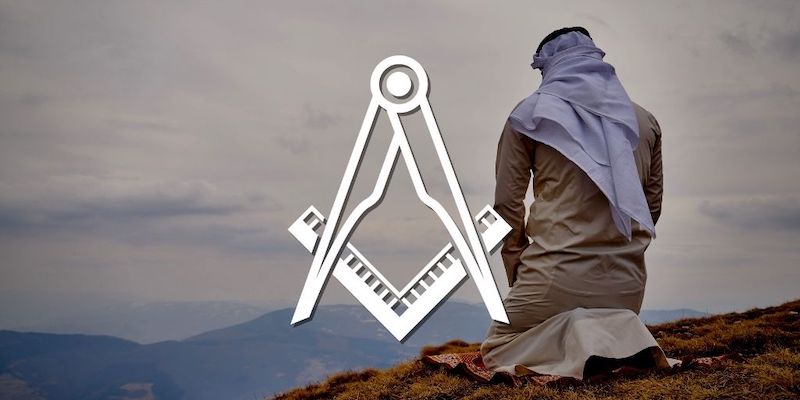 The History of Freemasonry and Islam

Islamic countries’ involvement with Freemasonry can be traced back to the 1700s.

The Papal Bulls of 1738 and 1751 indicate that the Catholic church idealized the universal tolerance of Freemasonry, thus allowing non-Christians, Jews, Pagans, Muslims, to be admitted into the Order.

The first Muslims to be initiated into the brotherhood were mostly diplomats, students, or general merchants. They were very few and were only admitted into the Order under exceptional conditions.

The number of Islamic Brothers joining Freemasonry started to increase after the emergence of liberalism in the West.

The increasing settlement in the Muslim World of colonists who were Freemasons eased the principle of tolerance and Masonic discrimination.

Some of the Islamic countries to integrate Freemasonry are Iran, Iraq, Turkey, Egypt, and Morocco.

In Iran, the initial Freemason acquaintance dates back to the reign of Ali Shah Qajar (1797-1834).

The first initiation of an Iranian in Freemasons took place in Paris 1808 after the conclusion of the Treaty of Finkelstein between Iran and France. 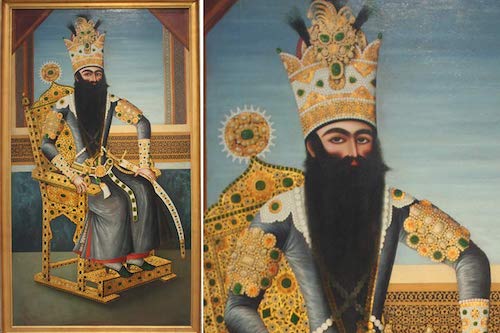 The treaty was a diplomatic mission under the leadership of Askar Khan. On November 24th, 1808, he was initiated into the lodge of Philosophic Scottish Rite.

However, the credit of Freemason’s introduction in Iran is given to Mirza Malkum Khan (1834-1908).

He founded a secret society in Tehran in 1858. His inauguration was the beginning of French Masonry’s connection to Iranian masons in the 19th Century.

‘By him [Askar Khan] this pure light will return to its ancient cradle; Asia will recover the pious and useful institutions which it has enriched our climes.’.

It became a theme customary at all Masonic gatherings in honor of Iranian Initiates.

In Turkey, the first lodge was established around 1721 in Istanbul by the Levantines (Latin Christians). However, Sultan Murad V was the first Ottoman Sultan to join Freemasons.

This was after the first Turkish Grand Lodge was established in 1856. In 1876 the lodge was banned by Sultan Abdulhamit Han, Murad’s successor. The lodge operated in secret until 1962, when it was re-established and re-introduced.

Egyptian Freemasonry can be attributed to Ottoman Freemasonry in Turkey. Halim Pasha, the first Viceroy of Egypt, founded the Scottish Rite in Turkey 1861 and 1866 in Egypt.

He was the supreme Grand commander in both countries. In 1952 Freemasons was disgraced and closed after the Suez Canal crisis.

In Iraq, Masonic lodges existed as early as 1917. This was after World War 1 when Iraq was still under the British Mandate. The first lodge in the country was opened under the United States Grand Lodge. In 1923, a Scottish lodge was formed.

By the 1950s, nine lodges were existing. In 1965, all lodges were forced to close following the changes in the 14th July revolution.

During Saddam Hussein’s regime, the death penalty was prescribed to anyone who promoted Zionist principles, including Freemasonry.

In Morocco, the Grand Lodge of Morocco was consecrated by the Grande Loge Nationale Française (GNLF) in 1999.

Currently, Freemasonry is illegal in all Arab countries except Lebanon and Morroco. Islamic states do not allow Masonic establishment within their borders. In Pakistan, all Masonic buildings were confiscated by the government in 1972.

This followed after a ban that was placed on Freemasonry by Zulifqar Ali Bhutto, the then Prime minister.

Islamic anti-masonic arguments are based around antisemitism (Hostility to prejudice and discrimination against Jews) and anti-Zionism.

The Islamic belief that Freemasons works against their religion prohibits them from affiliating with the brotherhood. Other arguments are linked to Al-Masih ad-Dajjal, the false Messiah in the scriptures.

In strict governments like Saudia Arabia and Iran that operate under Sharia laws, becoming a member of Freemasons can result in a prison sentence, torture, or even death sentence.

This is also applicable in countries governed by Islamic extremist groups like Boko Haram, Al Qaeda, the Taliban, and ISIS.

READ: 3 Countries Where Freemasonry Is Banned.

Therefore, no distinction is made regarding men and women, and they do not require belief in a Supreme Being. Grand Lodge Feminine du Maroc is a Morocco Grand for women.

Turkey has only two Grand Lodges. First, The Grand Lodge of Free and Accepted Masons of Turkey was established in 1909. It has over 17,000 members with over 250 lodges in 10 cities around Turkey.

All the lodges on the roll of Grand Lodge of Turkey use the Turkish Ritual with stems from the modern Ritual of Scotland, French, and Schrodinger.

All Turkish lodges meet on a bi-weekly basis except those located at Aegean or Mediterranean coastal towns that meet for two to three months.

Second is the Grand Lodge of Liberal Freemasons of Turkey. It was established in 1966 after a split from the Grand lodge. It follows the continental style of Freemasons.

In the past, there have been open attacks by Islamic extremists in Masonic lodges. For example, in 2004, attackers with automatic weapons and explosives burst into a lodge in Istanbul, Turkey.

They sprayed bullets and set off several bombs. One person was killed along with one of the terrorists.

In 2006 in Atlanta, a Muslim man was arrested and accused of planning an attack on the Scottish Rite House of the Temple in Washington, DC.

He had taken videotapes and pictures, which were later uploaded to an Al-Qaeda computer.

Can A Muslim Become A Freemason?

Any man can become a Freemason, no matter the religion. However, as we’ve just seen, being a Muslim Freemason can bring with it some unintended consequences if you do not reside in a Masonic-friendly Islamic country.

If you do, and you want to learn more about how to become a member, you can see our new ebook, “How To Become A Freemason“.

Masonic Temperance (Masonic Virtues Series)
The Ark of The Covenant & Freemasonry
The History of Freemasonry in Italy
What It Means To Be A Freemason (Teachings From A Past Master)
St. John the Evangelist (The Patron Saint of Freemasonry)﻿
What Is The Difference Between Freemasons & Stonemasons?
Masonic Authors: Manly P Hall (A Brief Biography)
The Order of The Pug (A Para-Masonic Society)