Looking to learn more about how Freemasonry works in different cultures and regions across the world?

We’ve recently been taking a closer look at the past, present, and future of Freemasonry around the world and in different cultures.

In this article, we will be covering the history of Freemasonry in Hindu countries, specifically looking at how it came to be, how it is today, and what the future might hold. 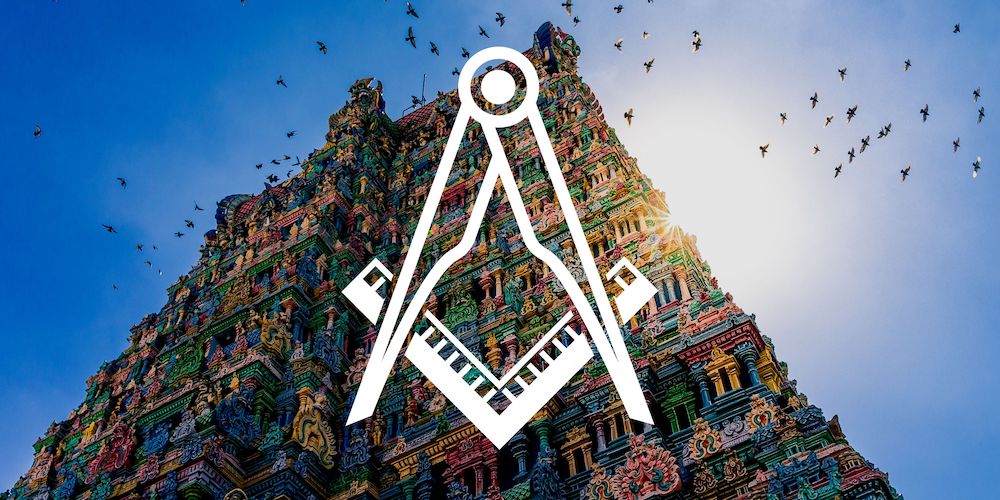 The History of Freemasonry & the Hindu Religion

Hinduism is generally accepting of all worship or belief that strengthens a person’s faith in God.

This is regardless of whether the belief is Brahaman or absolute. Hindu regards Freemasonry as a way through which an individual’s belief in a Supreme power is strengthened.

Just as Hindus accept Christ or Lord Krishna as a savior, they accept Freemasonry as a spiritual practice. However, their cultural context in Freemasonry is different from that of the West.

In Buddhism, there isn’t much that opposes Masonic ways either. Buddhism is based on finding inner peace, notable truth, and relating well with others. These ideologies are aligned with Masonic ideals, principles, teachings, and practices.

Some orders of Freemasonry, most notably Universal Co-Masonry, are very friendly with Eastern Philosophy. Vedas and I-Ching teachings are even used as volumes of sacred lore.

It wasn’t until 1872 when the first Hindu was initiated into the Brotherhood.

Prosonno Coomar Dutt was admitted into the English Lodge ‘Anchor and Hope’ after a nine-year campaign.

Twenty-three years later, he rose in rank and became a District Grand Lodge Master.  In particular, Swami Vivekanda made history as the youngest Hindu to rise to the degree of Master Lodge. 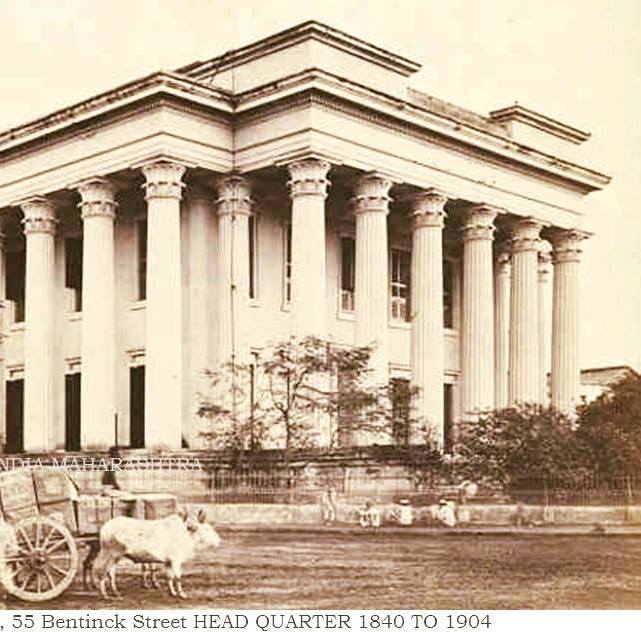 He is known as one of the greatest spiritual leaders ever born in India. He was the first person to have brought Hindu philosophy to the West World. He openly spoke about Hindu culture and religion at the world parliament.

On February 19, 1884, a young Narendranath Datta, also known as Swami Vivekandah, was initiated in the Anchor and Hope Lodge and became a freemason.

Three months later, the 21-year old young man was raised to the degree of Master Lodge.

Over the last three centuries, several prominent Indians and Hindu believers have joined Freemasonry. Some notable masons include;

In the world today, there are three countries whose majority population practices Hinduism Nepal, India and Mauritius.

In India, there are no laws against Freemasonry. Freemasonry in India can be traced back to the British Imperial Rule era. There is a widespread belief that Freemasonry partially contributed to merging East and West in India.

The introduction of the Order in India was through the East India Company (E.I.C.) in the 18th century. The company was famously known for its recognizable symbol of an interlaced ‘Square and Compasses.’

E.I.C. established the first military lodge in 1730. Over the years, the membership has grown to nearly 30,000 registered members across the country.

The ‘Square and Compasses’, one of the most recognizable symbols of the Masons can be located in almost all cities in the country. Members of the Brotherhood are open.

In Nepal, the country isn’t opposed to Masonic ways. Freemasons are actively involved in charitable activities and sending relief help.

In 2015, when an earthquake hit the country, Freemasons were among the first people who rallied to provide the necessary assistance.

As per 2017 population data, 51.9% of Mauritius population are Hindu. Hinduism in the country is one of the majorly practiced religions. Freemasonry was first introduced by the French, who occupied the island from 1715-1810.

The first Grand Lodge in the country was consecrated in 1778. Currently, there are over 3,000 registered members across the country. The country has no laws, rules, and regulations against Freemasonry.

The only opposition; if any, that the Brotherhood faces is from citizens who are against the organization due to societal myths and misconceptions.

In India, the country has almost 470 lodges, over 160 chapters, more than 180 Mark Lodges, over 140 R.A.M. in about 172 cities. The Grand Lodge of India is the main governing body of Freemasonry within India.

It was officially constituted on November 24, 1961. At the time, out of all 277 lodges in India, 145 opted for the G.L.I. Currently, G.L.I. alone has over 25,000 members. Before the establishment of its order, India was under three delegations; Grand Lodge of Scotland, Grand Lodge of Ireland and Grand Lodge of England.

The Masonic Fraternity administration in the country is also organized in Independent Grand Lodges that govern their jurisdiction or daughter lodges. The lodges hold conferences, meetings and ceremonies to mark particular occasions.

G.L.I. plays a part in contributing to India’s Economy and charity work in both India and  Nepal. For example, G.L.I. organizes classrooms for children in prisons and helps disaster victims.

It also took the initiative to light up 50 villages in remote areas of the country that didn’t have any electricity access. It also constructed houses for Tsunami affected families and so many more charitable activities.

One of the famous lodges in Nepal is Lodge Kathmandu of Nepal 8194 which was consecrated back on March 4 1968. Nepal Grand Lodges work with the Grand Lodge of India (G.L.I.). Members of some lodges under G.L.I. attend initiations and other ceremonies in the country.

In 2005, during an occasion that marked the 37th Anniversary of the country and 227 years since the introduction of Freemasonry, the Grand Lodge of Mauritius was consecrated.

This saw the transfer of eight lodges to the G.L.M. From 2005-2010, 8 more lodges were transferred. Today, the Grand Lodge of Mauritius is recognized worldwide and has 16 lodges under its roll. However, these lodges work under different rituals.

Learn More About The History of Freemasonry

I hope this little article helped you understand better the history of Freemasonry in Hindu cultures around the world.

If you’d like to learn how to become a Mason (in India, Nepal, Mauritius, or anywhere else) you may want to check out this guide we have prepared for you here.

If you’d like to learn more about the illustrious history of Freemasonry around the world, you may also like the Great Masonic Library.

Masonic Signs, Tokens & Passwords (Explained)
5 Wrong Reasons To Become A Freemason
What Sacrifices Do Freemasons Make?
How Ancient Stonemasons Built Cathedrals
How Much Time Do You Need To Commit To Freemasonry?
Masonic Temperance (Masonic Virtues Series)
The Lodge Officers Jewels (& Their Significance)
What Roles Do the Deacons Have in the Lodge?