One category of the secrets that we as Freemasons are obligated to keep are our modes of recognition.

These were traditionally used to verify whether a stranger from another land was a Mason or not.

So what are these modes of recognition for Freemasons?

Without revealing them, I will explain the nature of these and how they are used. 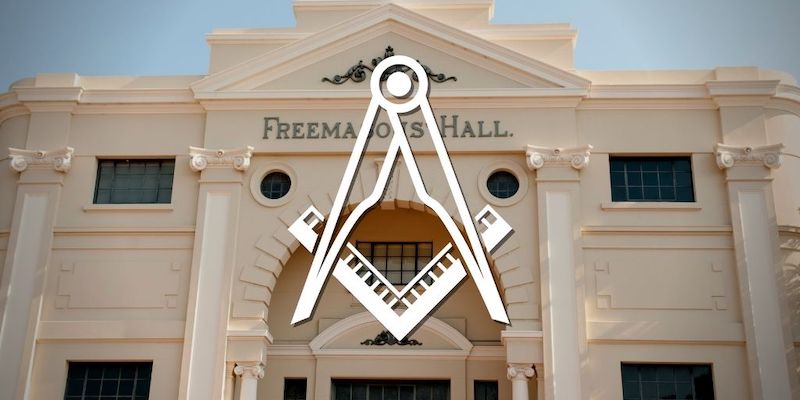 In his Encyclopædia of Freemasonry, Dr. Albert Mackey gives a brief explanation of the Due Guard:

“A mode of recognition which derives its name from its object, which is to duly guard the person using it in reference to his obligations, and the penalty for their violation. The Due Guard is an Americanism, and of comparatively recent origin, being unknown to the English and continental systems. In some of the old rituals of the date 1757, the expression is used, but only as referring to what is now called the Sign.”

Each degree has a due guard that accompanies a sign.

I did not know that this was particular to American grand lodge jurisdictions prior to writing this article; this goes to show that there is always something more to learn.

A sign is a physical gesture. Some Masons believe that these are universal and, in most cases, they are correct.

However, my lodge has one brother who affiliated from an Australian lodge whose signs differ, even though his original grand lodge jurisdiction is recognized as part of the mainstream Masonic community.

Signs, therefore, have the potential of differing; but this is an exception and not the rule.

Tokens are not unique to Freemasonry. A token is literally a physical manifestation of identity and/or of authority.

For example, a driver’s license issued in the United States of America fills both of these roles; it is a government identification card and it shows that its owner is authorized to operate automobiles.

In Masonry, a physical gesture done by two people composes a token.

The purpose of this token is to allow both Masons to identify themselves to each other as such. If I initiate this token with a fellow Mason, I have a part to do and he has a part to do; this leads us to the topic of passwords.

Each degree also has at least one token.

“A word intended, like the military countersign, to prove the friendly nature of him who gives it, and is a test of his right to pass or be admitted into a certain place. […] the author of the life of the celebrated Elias Ashmole says, ‘Freemasons are known to one another all over the world by certain passwords known to them alone; they have Lodges in different countries, where they are relieved by the brotherhood if they are in distress.’”

When a token is being exchanged between two Masons, they have speaking parts that go along with it; a portion of it is the password.

However, one does not simply say the password; after all, what if the person whom you are proving yourself to is not a Mason?

Instead, you give a portion of the password in a certain order and so does he.

That way, even if someone has blurted the password to him before, he will not know how to convey it to you correctly unless he has been taught it by a Mason. 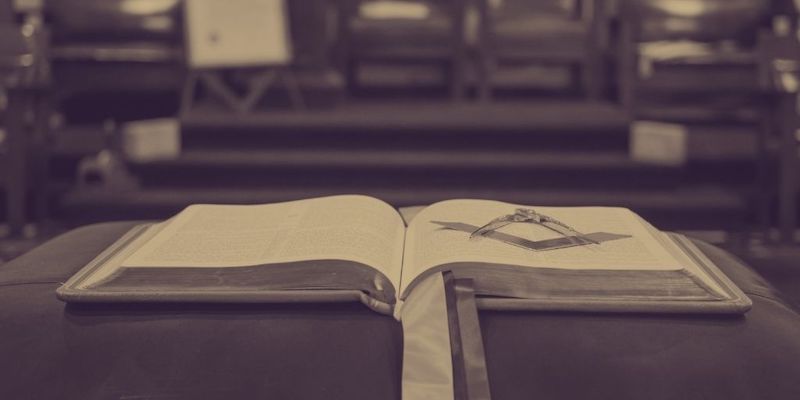 In medieval times, most professions did not require one to travel; one exception to this was that of stonemasonry.

However, there was rarely (if ever) any need for more than one of any such building to be built in the same local community at the same time.

After finishing one grand project, Masons would then travel to other lands (oftentimes foreign ones) in search of work.

Most people (including most stonemasons) were illiterate during those times.

How, then, to prove that they were apprentices, journeymen, or masters of stonemasonry (and therefore be paid accordingly) without the use of written credentials?

For this reason, a system of signs, tokens, and passwords were developed; these became the credentials that stonemasons would use to prove their proficiency in their profession.

These were also to be kept secret; otherwise, someone who was not proficient in Masonry could have used these modes of recognition to steal money from the craftsmen.

In commemoration of our ancient, operative brethren, we speculative Masons continue to use such modes of recognition today.

These we also keep secret, not just for commemoration, but also to ensure that we do not accidentally let any non-Masons or irregular Masons into our private lodge meetings (which does, unfortunately, happen on occasion).

Though these modes of recognition may have worked well in medieval times among operative masons, the secrets of speculative Masonry have been exposed since the 1720s.

Fortunately (or unfortunately, however you look at it), these secrets have been obscured by lies, gossip, and rumor that surround the Craft.

Either way, if one looks in the right places, one can easily learn the secrets of Freemasonry, including modes of recognition.

For this reason, a Mason who is traveling to foreign jurisdictions should have his traveling papers (or, in other words, a letter of good standing from his secretary and grand lodge secretary) to present ahead of time to the secretary of the lodge where he is visiting; the best practice today is to have such a letter emailed or faxed ahead of time.

Worshipful Masters and Past Masters

Some regular grand lodge jurisdictions have a sign, token, and password that is specifically for Worshipful Masters and Past Masters; some do not.

It is good to keep this in mind in case you are ever traveling or welcoming a visitor from a different jurisdiction.

As you can see, this tradition regarding a portion of the secrets of Freemasonry have a long history, spanning back to before history records the first speculative Masonic lodge meeting.

It is a wonderful tradition that we continue to preserve today.

How To Join The Freemasons?
Why Are American Lodges Dedicated to the Holy Saints John?
Why Some Groups Oppose Freemasonry (Anti-Masonry Explained)
5 Wrong Reasons To Become A Freemason
Can Latter-Day Saints Become Freemasons?
The 10 Degrees of York Rite Freemasonry (Explained)
6 Masonic Websites & Podcasts for Freemasons
St. John the Evangelist (The Patron Saint of Freemasonry)﻿