It leads many to wonder:

Why are American Lodges dedicated to the Holy Saints John if Masonry is open to men of all creeds?

It seems to have mostly to do with when and where English Freemasonry was established.

Saint John the Baptist Day takes place on 24 June, the same date. According to Albert Mackey in his Encyclopædia of Freemasonry, this Grand Lodge, therefore, held an annual feast on that date from 1717 until 1725, at which point they switched to holding the annual feast on Saint John the Evangelist Day (which lands on 27 December).

He also informs us that, in the Hemming lectures that were adopted in 1813 when the two Grand Lodges in England were united, the dedication of their subordinate lodges changed from the Holy Saints John to King Solomon (though this may no longer be the case, as my copy of Mackey’s Encyclopædia was printed almost a century ago).

Given that most American Grand Lodge jurisdictions can trace back their lineage (either directly or indirectly) to one of the two original English Grand Lodges, it therefore logically follows that the dedication of American Lodges to the Holy Saints John comes from English Masonic influence.

As English Masonry made the transition, American Lodges remained dedicated to the Holy Saints John. 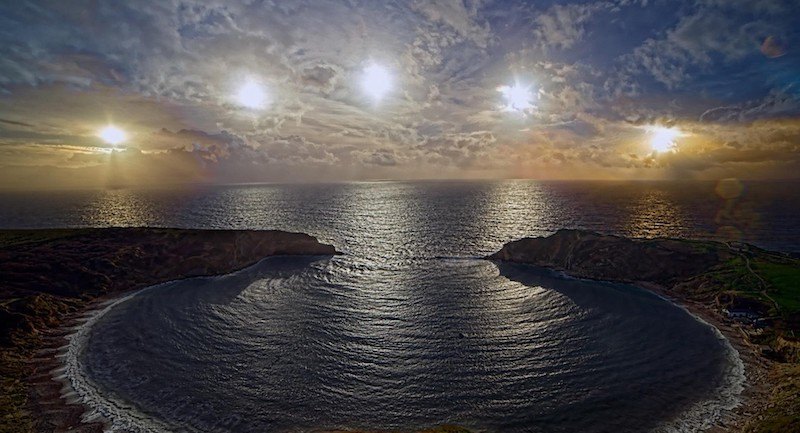 Light is an important theme in Masonry; it is symbolic of knowledge.

The summer solstice commences in the northern hemisphere between 20 June and 22 June, just prior to Saint John the Baptist Day. It is therefore fitting that we celebrate a time of year when light lasts long throughout the day.

The winter solstice begins in the same hemisphere on 21 December, just prior to Saint John the Evangelist Day; this marks the time when the northern half of the world starts moving from darkness to greater light, which we Masons endeavor to do by striving to obtain and build upon a virtuous education.

In addition, given that most at that time were illiterate and were faithful churchgoers, the Bible was the only book with which most would have been familiar (from sermons) at that time.

This also explains why the moral allegories of Masonry take on themes from the Old Testament (particularly the construction of King Solomon’s Temple).

In every well-furnished Lodge (in the United States, anyway) there is found a certain point within a circle, embordered by two “perpendicular, parallel lines”; these two lines represent the two Saints (and Mackey notes that, after 1813, the meaning of these two lines changed in England to represent Moses and Solomon, which also may have since changed).

You may be asking yourself how two lines can be both perpendicular and parallel at the same time. Noah Webster provided a relevant definition in his 1828 American Dictionary of the English Language:

“Hanging or extending in a right line from any point towards the center of the earth or of gravity, or at right angles with the plane of the horizon.”

As has been pointed out ad nauseam here and elsewhere, Freemasonry is neither a religion nor a substitute for one. Just about everything presented in a Masonic ceremony is symbolic.

A Mason (no matter his religious and/or spiritual affiliation) should therefore not consider a Lodge’s dedication to the Holy Saints John as an imposition upon his religious beliefs, but rather as an emphasis on the values that each Saint symbolizes in Masonry.

Also, just because these two individuals subscribed to Christianity does not mean that they did not have traits worthy of emulation that can be applied to men of every creed.

For example, John the Baptist is most known for living in the desert, eating locusts and honey, and preaching what was then regarded as a strange message (which he believed to be true); from this, we can see the values of frugality, humility, commitment, and love of truth.

John the Evangelist exhibited particular loyalty to his Master, reportedly being the only apostle present when Christ was crucified; he was likely the apostle to whom Christ entrusted the safety and well-being of His own mother, Mary. He preached Christ’s message with Peter in Jerusalem and ended up imprisoned and beaten for it.

Mackey in his same work also speculates that Saint John the Evangelist is so venerated in American Masonry due to “[his] constant admonition, in his Epistles, to the cultivation of brotherly love, and the mystical nature of his Apocalyptic visions ….”

These characteristics are worthy of all good men and particularly of good Masons, and these two Saints lived lives that are wonderful illustrations thereof.

When all is said and done, American Masonry dedicates its Lodges to the Holy Saints John due to Masonic history (founding of the Grand Lodge of London and Westminster), early religious influence (most original membership being composed of Protestant Christians), and certain values or traits that each Saint had and which we may do better to emulate (no matter our religious or spiritual affiliation).

The winter solstice is days away for those of us in the northern hemisphere; let this be a reminder of us to continue to move from darkness to light in all aspects of our lives.

This article was written for MasonicFind.com by WM Brandon Cole.

Should You Mention You're A Freemason On Your CV/Résumé?
7 Notable Asian Freemasons You Should Know About﻿﻿
Was Aleister Crowley a Freemason?
You're A Master Mason: Now What Do You Do?
Masonic Authors: Albert Pike (A Brief Biography)
5 Famous Masonic Buildings Around The World
Do You Have To Be A Stonemason To Become a Freemason?
The Meaning of The Acacia Symbol in Freemasonry