Greetings brothers, today we’re going to take a trip around the world and visit 5 very famous masonic buildings that are truly glorious and awe-inspiring.

I have to credit Wikipedia for helping me create this list and also for the pictures. You can see a whole list of masonic Grand Lodges around the world on Wikipedia.

Glad to say I have visited 3 of these places but it would be nice to visit them all someday. Especially the NY GL building. I hear there is no Grand Lodge quite like it anywhere in the world.

Also I am sure there are many more that I am leaving out so if there are any you think are worthy of a mention, drop me a comment below and we’ll do a part 2 of this list sometime in the future!

Let’s start with one I am sure everybody will recognize…

The United Grand Lodge Of England 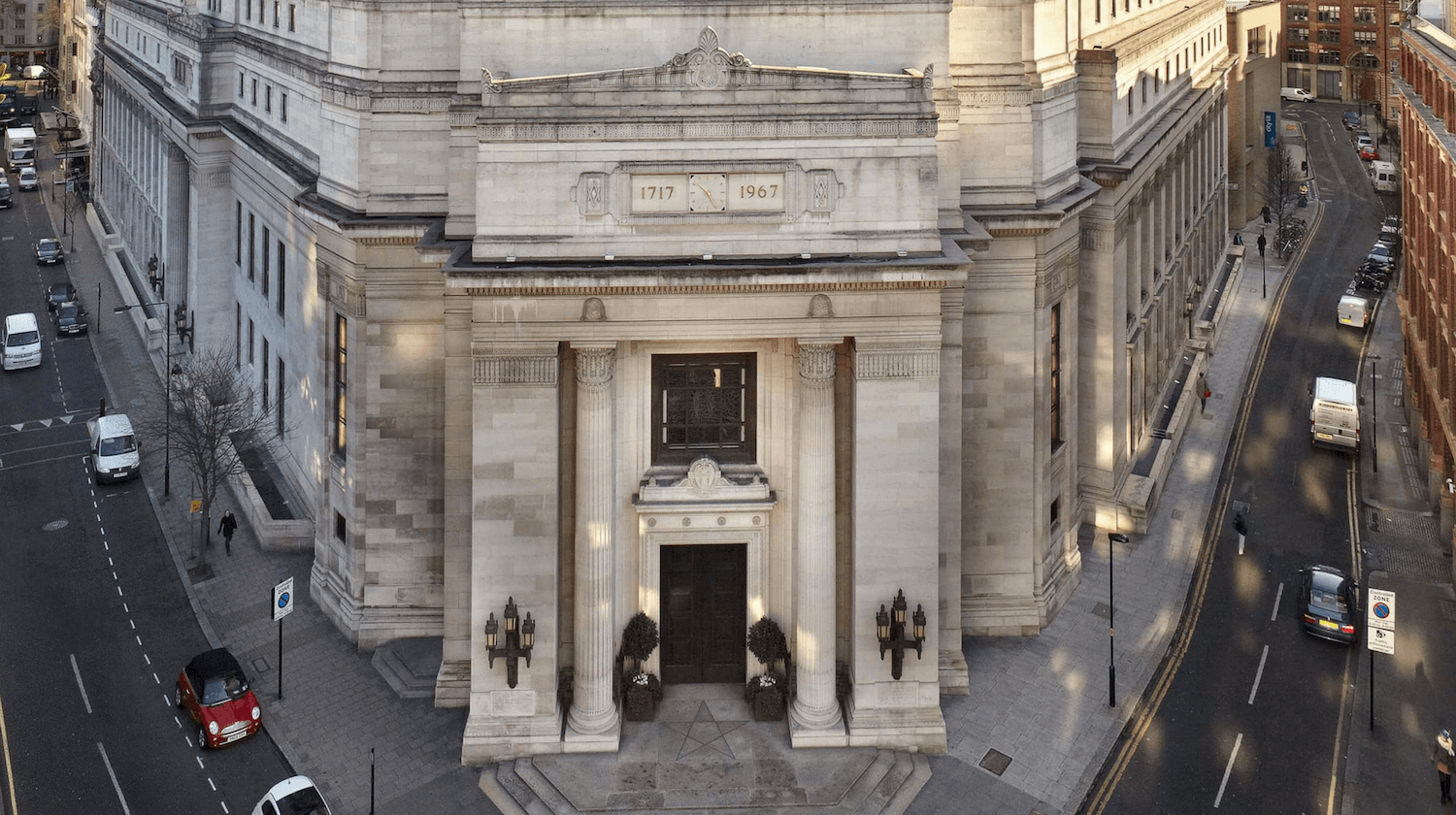 Built-in 1717 it has just crossed the 300-year anniversary mark, an event we discuss in our eBook “Top 10 Events In Masonic History”

Glad to say that I visited this lodge back in 2013 as well but unfortunately I have no pictures. 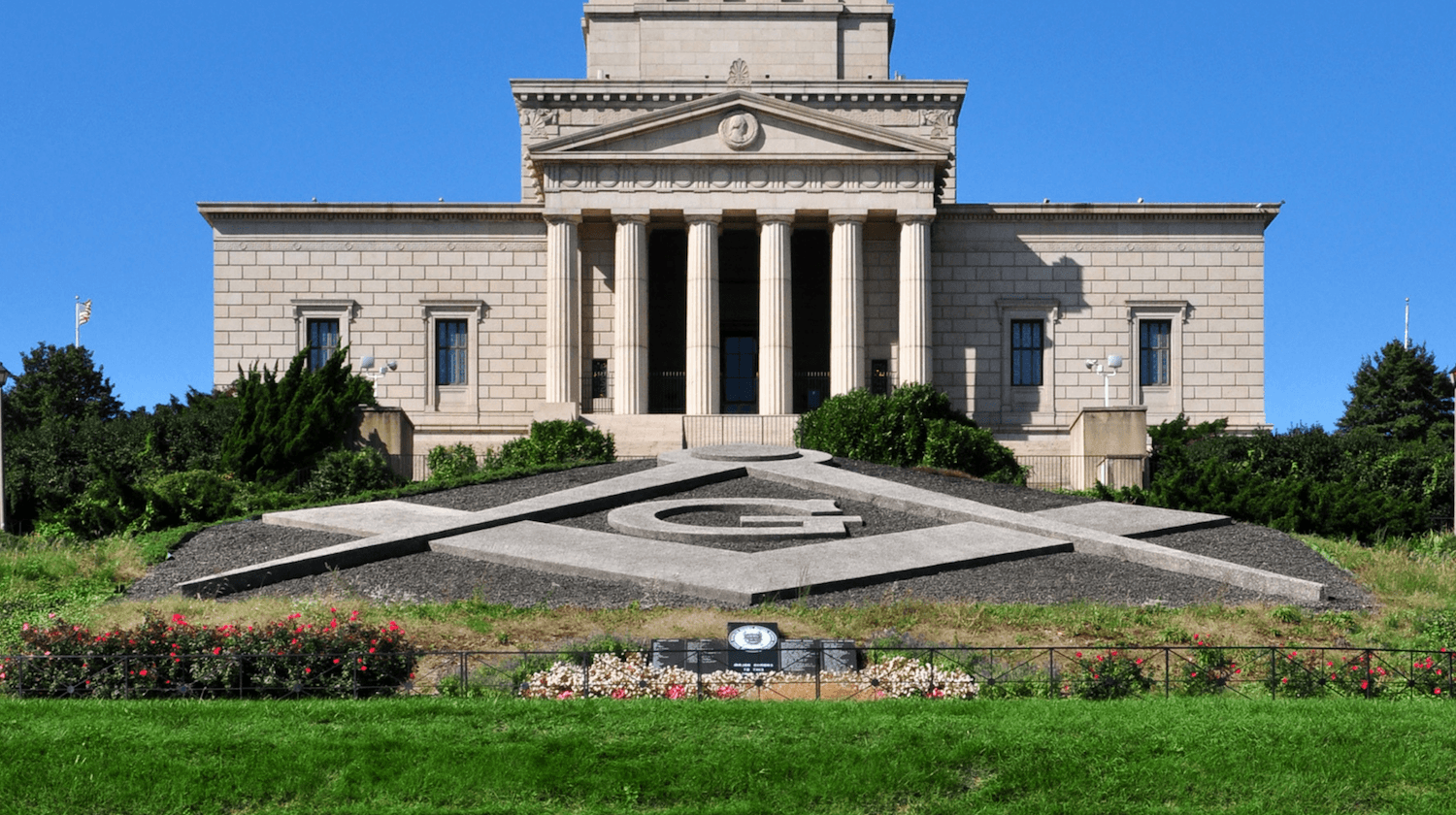 This Masonic building was built in is located in Alexandria, Virginia just outside of Washington DC. This memorial is dedicated to George Washington. The United States’s first president and a fellow Freemason.

Construction started in 1922 but it took a staggering 48 years to when it was totally complete and finished in 1970.

A fun fact about this build is that it has a room modelled after George Washington’s lodge room!

The Grand Lodge Of Scotland 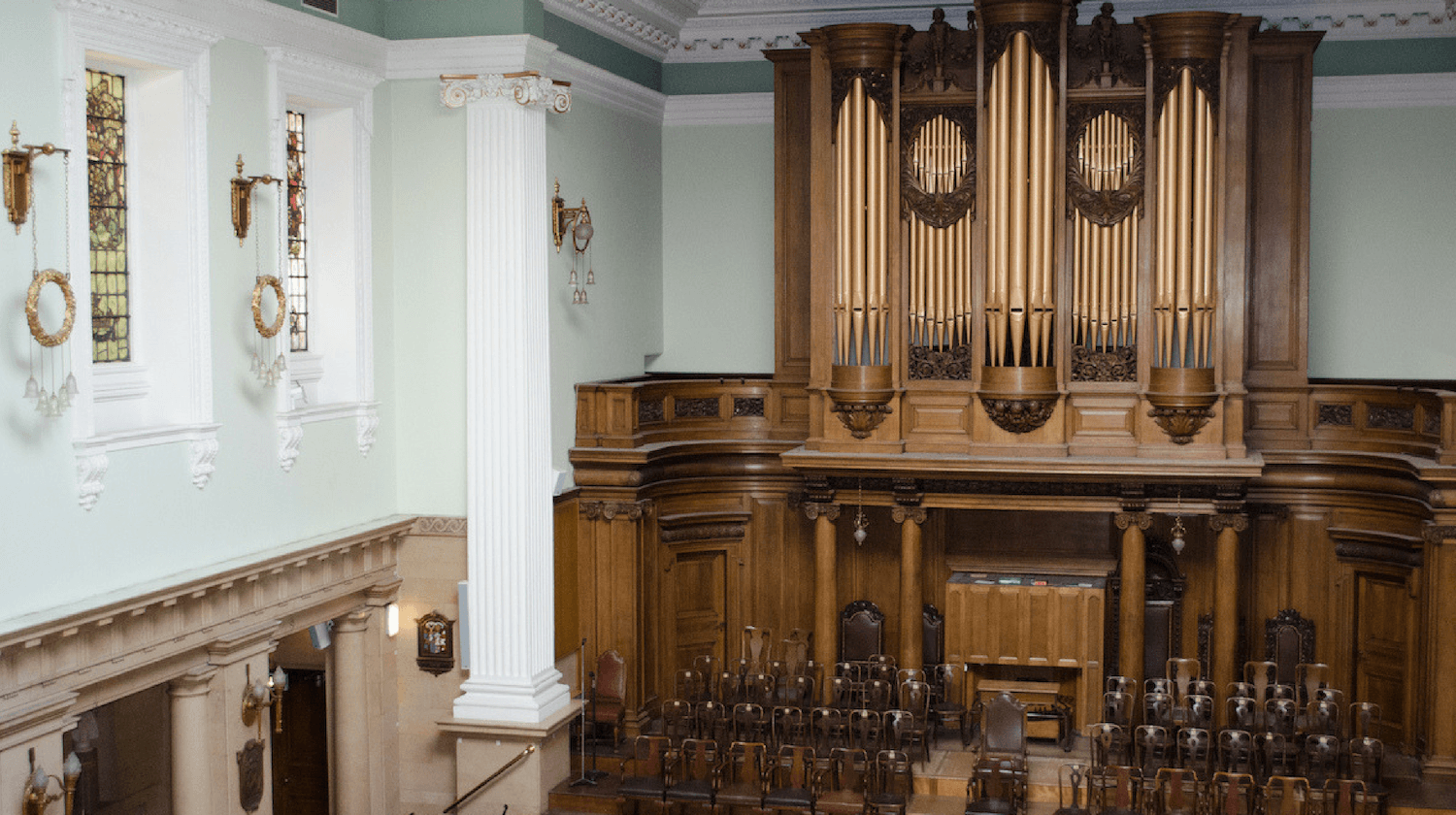 I visited this Grand Lodge back in September 2013 on my trip to Edinburgh. I have to say the museum in there is remarkable with Masonic regalia awarded to the museum from all over the world.

It is amazing how far the brotherhood stretches across the world.

You can see the pictures I took in this building here! 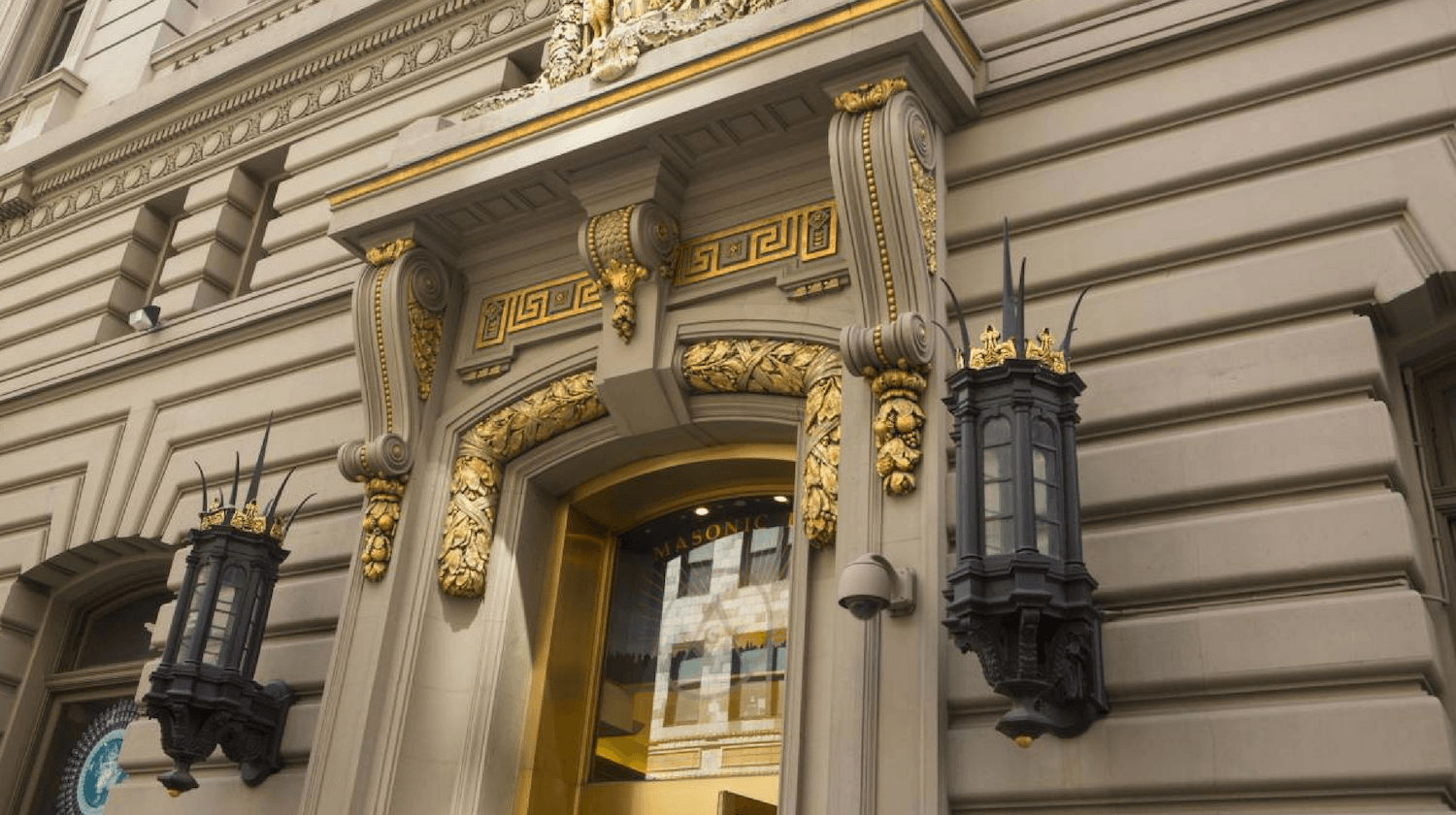 This is on top of my list of masonic places to visit!

It has a jurisdiction of around 60,000 masons all organized in more than 800 lodges, most of them located within the Tri-State area. It’s also considered one of the oldest Masonic lodges having been established on December 15, 1781.

It is one of the most beautiful, highly decorated and luxurious temples in the world! Big Apple Style! 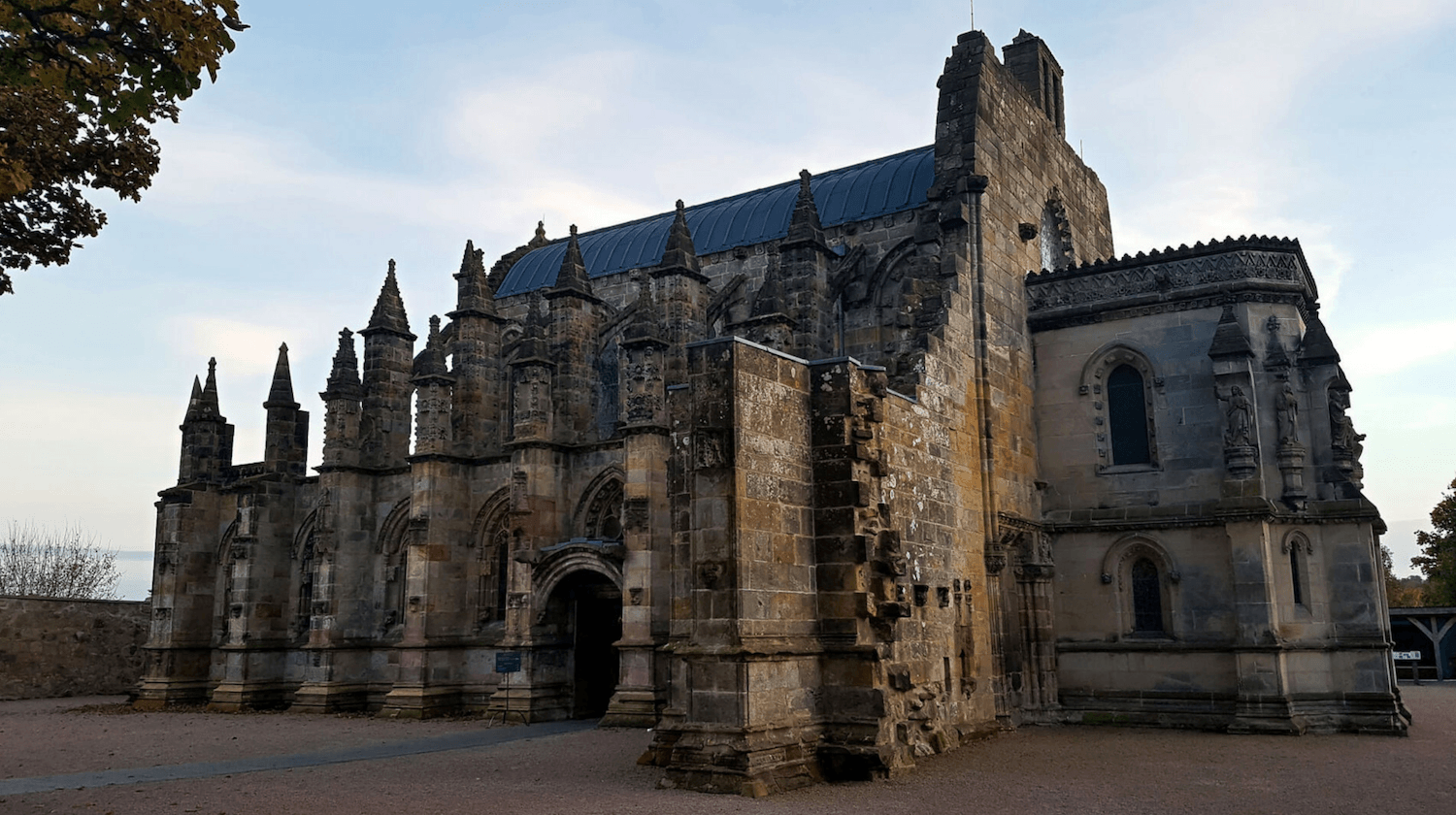 So much history in this old, old building. It is filled with architecture that shows evidence of Masonic and Knights Templar presence somewhere in history.

It is said to be the place of Worship where the Knight’s Templar took refuge in circa 1309 with the permission of the wealthy St Clair family. See the Wiki Article here.

It was also featured in the highly controversial “Da Vinci Code” but the room they supposedly go into below the chapel is not there.

This is the third place that I visited in the list and you can see all my pictures here.

Which are your favourite (famous) masonic buildings? Let us know in the comment section below so we can list more of these inspiring buildings. 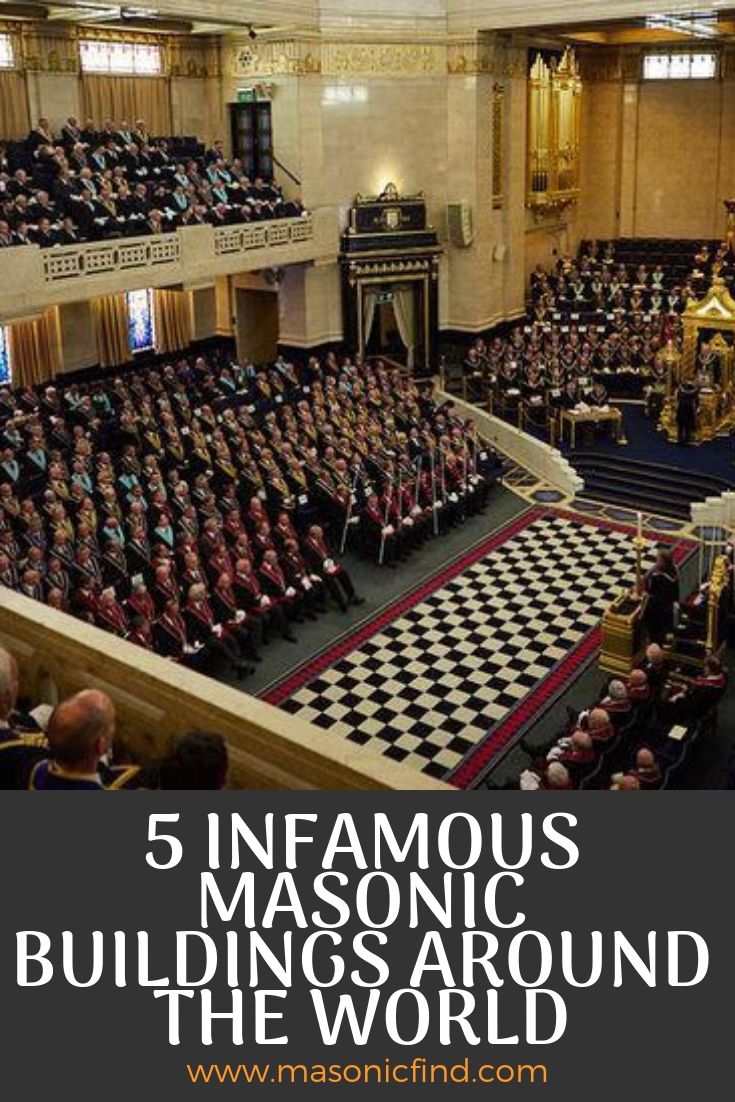 34 thoughts on “5 Famous Masonic Buildings Around The World”