The Ark of the Covenant has been a mysterious and prized item, which is mentioned in the Old Testament and has acquired a different meaning over the last few millennia.

In this article, we will discuss The Ark of The Covenant and its connection with Freemasonry.

The Ark of the Covenant is a well-recognized Jewish symbol that can also be seen on various items associated with Freemasonry.

But, before delving into the relationship between the Ark and Freemasonry, it’s important to shed light on the Ark of The Covenant itself as not many people may know about it. 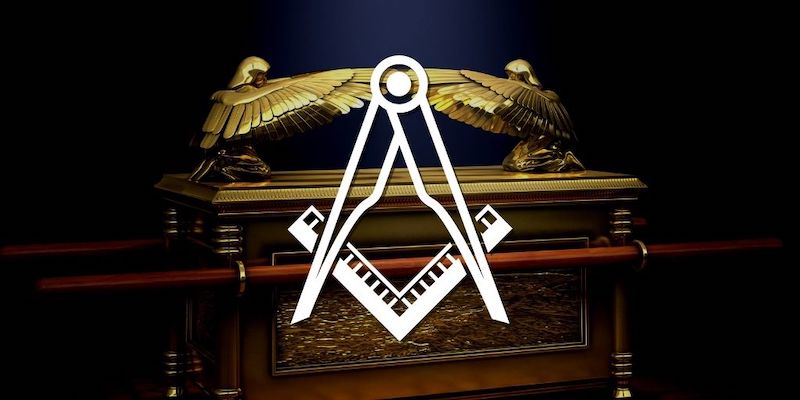 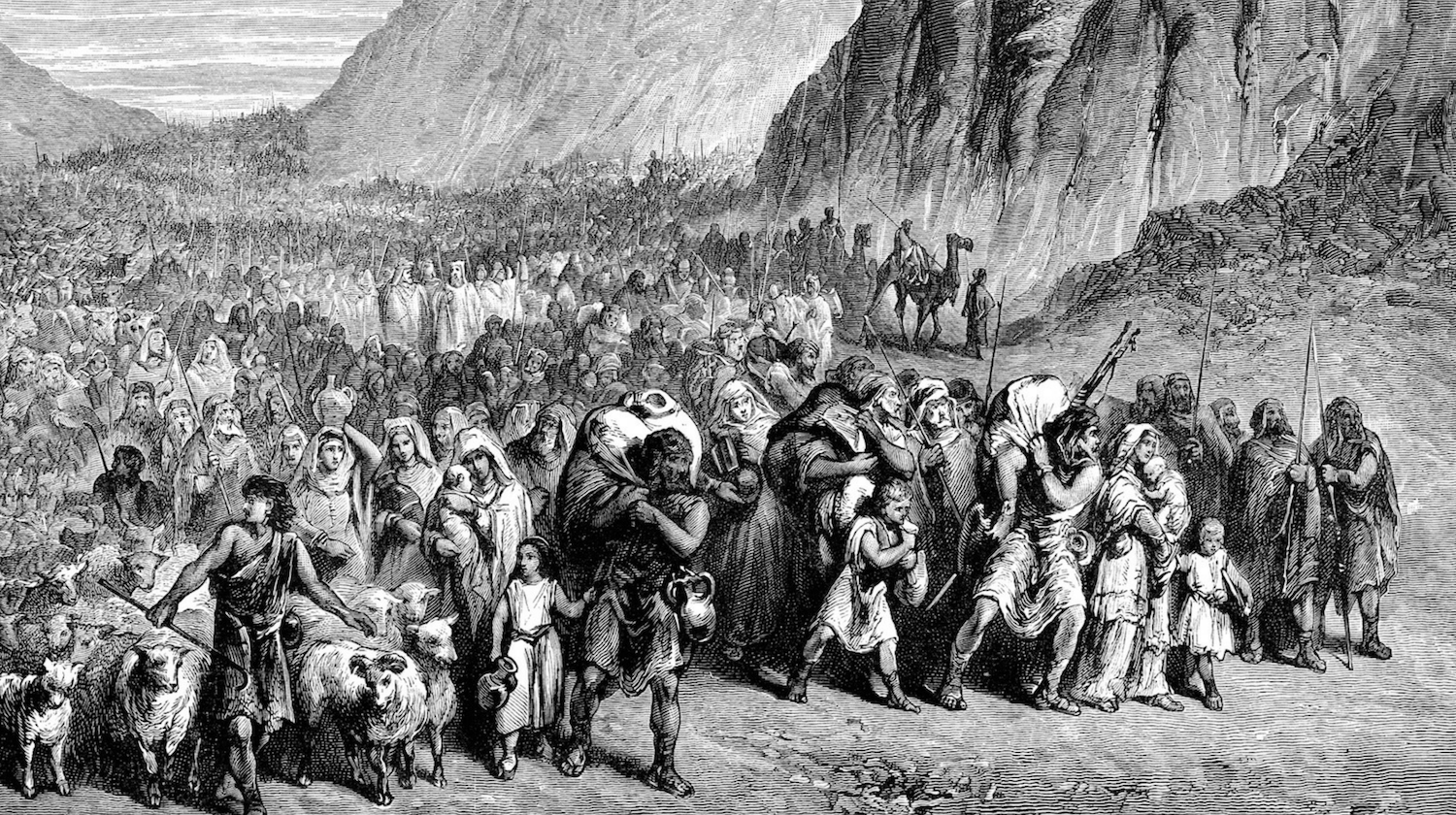 The first mention of this ark was in the Book of Exodus when God instructed Moses to build it.

God instructed Moses during his 40 days stay on Mount Sinai to build the Ark of the Covenant according to a pattern which Moses was shown.

Moses was asked to make this ark out of shittim wood using the pattern of the tabernacle and furnishings of the Ark were designed to house the Tablets of Stone.

According to the Book of Exodus, the ark was supposed to be made as per exact specifications.

Four rings of gold were also to be attached to its four corners, two on each side—and through these rings, staves of shittim wood overlaid with gold for carrying the Ark were to be inserted not to be removed.

A golden lid or kapporet, also known as mercy seal among Christians, covered with 2 golden cherubim, was also to be placed above the Ark.

It was designed to contain two stone tablets of the Ten Commandments, along with Aaron’s Rod or a pot of Manna.

The Ark of the Covenant is repeatedly mentioned in the Hebrew Bible or Old Testament across several books. It’s mentioned that the Ark was carried by the Israelites wherever they went during their 40-year exile.

Wherever the Israelites camped, the Ark was placed in a separate tent and was closely guarded by a mobile vanguard during its journey from one place to another.

It also played a prominent role in various battles fought by Israelites with other people of that era such as the Battle of Jericho.

The Ark was also captured by Philistines after Israelites were defeated by them during the Battle of Eben-Ezer.

The Philistines kept it for 7-months but returned it voluntarily to the Israelites on the advice of their diviners. 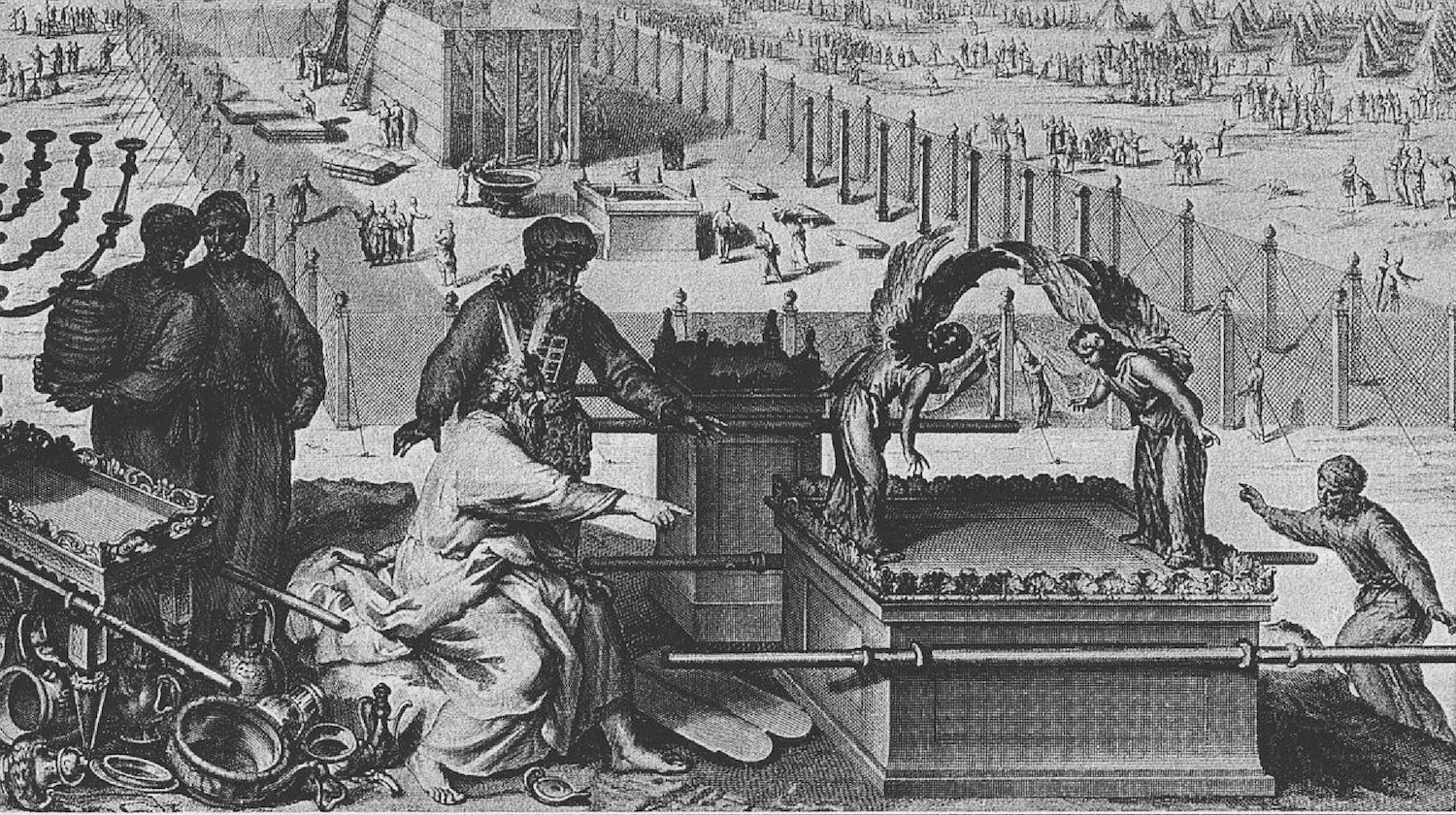 King David decided to build a temple for the Ark which was later constructed by his son King Solomon. The temple is known as King Solomon’s Temple.

The Ark is supposed to have disappeared during the Babylonian Conquest of Jerusalem in 587 BC.

People have speculated since then about what really happened to Ark and the things it contained, but there has been no adequate answer to the question and the fate of the Ark of the Covenant has been a matter of debate since then.

The Ark of the Covenant is unique as it’s mentioned in all the three holy books of the major Abrahamic religions, i.e., Judaism, Christianity, and Islam, and is believed to have existed by a clear majority of followers of these religions.

Now that we have covered the history of The Ark of The Covenant in detail, it’s time to discuss and scrutinize its relationship with freemasonry.

The Ark of the Covenant is displayed prominently on the Coat of Arm of the United Grand Lodge of England.

It is also mentioned in other Masonic rites across various jurisdictions. Freemasons consider it to represent God’s promise to King David and to the wider humanity.

The Ark Of The Covenant In Freemasonry

We all rely on God’s mercy for our transgressions to this day.

In Masonic circles, a Masonic lodge is considered the modern-day equivalent of Solomon’s Temple, and each Mason is taught to spend his life as per the commandments which mirror 10 commandments given to Moses.

So, it’s obvious that the Ark of the Covenant will find mention in such a setting where other symbols associated with the Old Testament play such a prominent role.

The Ark serves the purpose of reminding freemasons, that though masons make good men and are successful in several realms of this material world, they can do much better by following God’s commandments which were contained in the original Ark of the Covenant.

God’s revelation to King David through Prophet Nathan is well recorded in 2Samuel 7:1-29, where God’s promise to David is discussed.

It’s in response to this promise that King David decided to build a temple to house the Ark of the Covenant.

Freemasons try to recall these events to amongst members by using The Ark of the Covenant across their various symbols.

The underlying message is to live as per the commandments of God and to always seek his forgiveness for sins and transgressions as only God’s mercy can save us from the effects of our own ill deeds.