Anyone who has studied the history of Freemasonry has surely come across the name Hiram Abiff.

But who was Hiram Abiff?

Hiram Abiff is regarded by many as the “first Freemason” in history who initially inspired the secret organization into being.

Many Freemasons and historians claim Hiram Abiff was the chief architect employed by King Solomon to build his temple in Jerusalem.

If this is true, that makes Freemasonry older than modern Christianity and Islam, which are two other Abrahamic religions in the world other than Judaism.

Hiram Abiff is also the main character of an allegory told to all candidates during the third degree in Freemasonry.

According to this allegory, Hiram Abiff arrived in Jerusalem as was appointed by King Solomon as the chief architect and Master of Works at the construction site of his temple.

As the work comes to completion, he is ambushed by three ruffians who ask him for the master mason’s password and strike him on his refusal with a masonic tool.

He is then injured by the first 2 blows from 2 ruffians, while the 3rdblow from the last ruffian kills him.

These ruffians bury his body under a sprig of Acacia. The next morning, the master mason’s absence is immediately noticed. King Solomon sends out other masons to look for him, who later discovers the spring and exhume his body to be given a decent burial.

On his burial, King Solomon remarks that the master mason’s password is lost forever. He replaces the signs and symbols used by masons to communicate with each other as a show of respect to Hiram Abiff.

This tale is used to instill the importance of fidelity and the certainty of death in the Freemasons.

There is some credence to this history and we will have to study Hebrew Bible or Old Testament to guess who Hiram Abiff was and whether he was the first freemason as claimed by many or if this story is just a myth circulated by those who want to give Freemasonry Biblical credibility which is hard to refute.

The Old Testament mentions three individuals who were named Hiram and were associated with the construction of King Solomon’s Temple.

In this article, we will discuss each of these individuals in detail and see for ourselves who was Hiram Abiff and whether he was really associated with Freemasonry or not.

The first individual named Hiram who was directly involved with the construction of King Solomon’s Temple was Hiram I, who was the King of Tyre (the modern city of Tyre in Lebanon).

He is credited in the Old Testament for sending the materials and men for the construction of King Solomon’s Temple.

Some have claimed him to be the Hiram Abiff mentioned in Freemasonic circles. 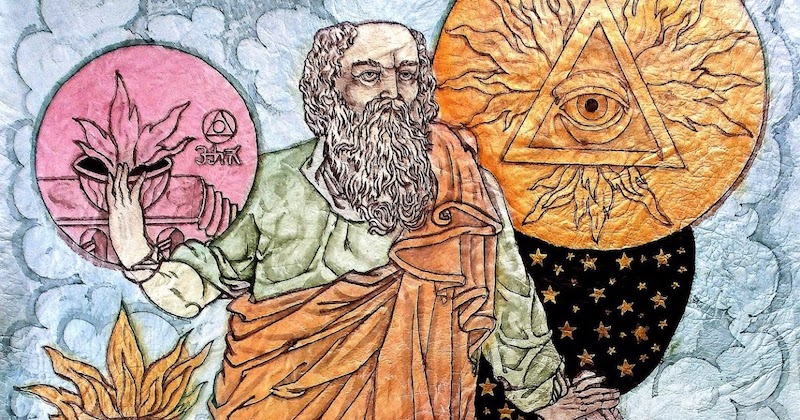 Hiram Abiff In The Scriptures

Masonic scriptures and allegories clearly differentiate between Hiram, King of Tyre, and Hiram Abiff, a master mason or architect.

This brings us to the second individual named Hiram, who is clearly identified as the son of a widow, and Abiff, meaning “son of a widow” is added to his name.

He is mentioned in the 1 Kings 7:13–14 as the son of a Tyrian bronze worker from the Israeli tribe of Naphtali, who was called by Solomon to cast the bronze furnishings and ornate decorations for his new temple.

This Hiram is closest to the Hiram Abiff, as mentioned in the Freemasonic tale.

2 Chronicles 2:13-14 states that a formal request was made by King Solomon to King Hiram I of Tyre in which Solomon asked Hiram I to send materials and men for the construction of his temple in Jerusalem.

King Hiram is known to have responded with the following words:

“And now I have sent a skilful man, endowed with understanding, Ḥuram ‘abi. (the son of a woman of the daughters of Dan, and his father was a man of Tyre), skilled to work in gold and silver, bronze and iron, stone and wood, purple and blue, fine linen and crimson, and to make any engraving and to accomplish any plan which may be given to him, with your skilful men and with the skilful men of my lord David your father.”

We all know that words include names, and their pronunciation changes over time.

If we consider the slight differences in the names of Hiram Abiff and Huram Abi, then it seems that this Huram Abi is the Hiram Abiff mentioned in the Freemasonic tales.

If you are a believer in any Abrahamic religion, then you can certainly not deny the fact that King Solomon, his temple, and the Old Testament are true and that it’s beyond doubt that Hiram Abiff existed.

Now, as we’ve established that Hiram Abiff existed and was a mason or an architect who is known to have been involved with the construction of King Solomon’s Temple, at least this half of the Masonic tale concerning him becomes true.

What cannot be proved with certainty is whether he was a “Freemason’ because Freemasonry in its present form can be traced only back up to the medieval ages.

There have been references to other masonic orders which existed in the holy land and were also known to be involved with the construction of other religious structures.

The most probable thing is that Hiram Abiff was an architect or a mason associated with the construction of King Solomon’s Temple and that he was revered by all masons who came after him in the holy land and the Fertile Crescent.

So, maybe he was a role model for other masons of later ages, and freemasons started revering him as one of their own.

As mentioned above, we can only speculate since almost 3,000 years have passed since the Solomon’s Temple was built in Jerusalem. There is no way for anyone to speculate what happened to Hiram Abiff’s followers during this long time.

1 thought on “Who Was Hiram Abiff? Freemasonry’s Most Notable Figure”