One of my personal favorite crime stores ever has to be the story of Jack The Ripper.

Today, we’re taking a closer look at the allegations that claim Jack the Ripper was a Freemason.

But was Jack The Ripper a Freemason?

While there are legitimate reasons why this acquisition is made (which you’ll hear about below), as you may know already, no one really knows who Jack the Ripper really is, let alone if he was an initiated man or not. 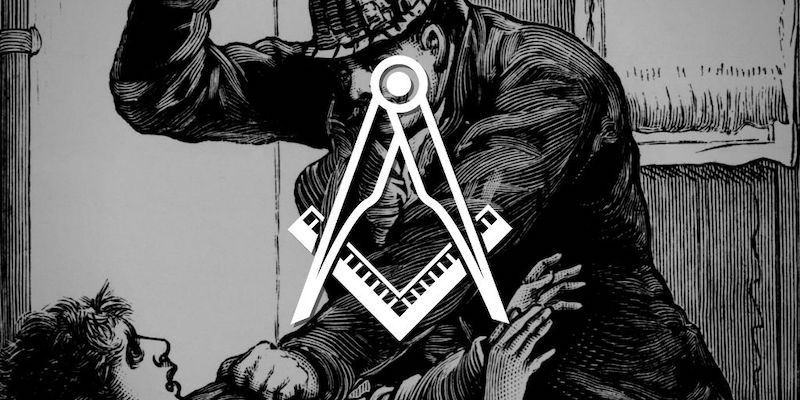 Who Was Jack The Ripper?

Jack the Ripper was an identified serial killer who murdered five women in London in 1888. His victims were people from impoverished areas within and around the Whitechapel district.

The name ‘Jack The Ripper’ originated from a letter written to media outlets by an unknown individual claiming to be the murderer. The letter dubbed as ‘From Hell’ was received by George Lusk of the Whitechapel Vigilance Committee.

The letter was accompanied by a half kidney preserved in spirits and suspected to belong to Catherine Eddowes, one of the victims whose kidneys were removed from her body. It read:

Sir, I send you half the kidney I took from one woman preserved it for you, the other piece I fried and ate it was very nice. I may send you the bloody knife that took it out if only you wait a while longer.
Signed

Catch me when you can.

At the time, several other letters were flocking in from different people claiming to be responsible for the killings. The main reason why ‘From Hell’ stands out from the rest is the human kidney delivered together with the letter.

Jack, the Ripper, also known as the Whitechapel Murderer and Leather Apron, was suspected to be a Freemason.

Even though he wasn’t caught and apprehended, evidence garnered from how the murder was undertaken arose a theory of his association with the craft.

Roughly three of his victims had their internal organs removed. Reports from Commissioner Warren, an archeologist trying to determine the historical basis of Freemasonry and worked on the case, hesitated to point the murders in the brotherhood direction.

Jack’s first victim, Mary Ann Nichols, was discovered at approximately 3.40 a.m on 31st August 1888. Her throat had been slashed, her abdomen ripped open, and her intestines were exposed. Her hands lay by the side, and there were no visible marks on her body.

The second victim Annie Chapman was murdered on 8th September 1888. The murder was undertaken in the same manner as the initial one. On 30th September, Catherin Eddowes succumbed to a similar fate.

However, this was slightly different as her face was mutilated and engraved symbols that looked like a pair of compasses, a known Masonic symbol. Commissioner Warren had at the time identified this sign from the stones of Solomon’s Temple.

Her cheeks were slashed, and incisions measuring about a quarter an inch and half an inch respectively had been notched through each eyelid. A triangular cut, the sharp point (apex) pointing to her eye, had been engraved in each cheek.

All the carvings done on the victim’s face are symbols related to Freemasonry.

The triangle in each cheek with its arch facing the eye is identical to the ‘Eye of Providence.’

In Freemasonry, it represents God’s all-seeing eye, which reminds Masons that God is always observing their thoughts and actions.

The killer had torn off her apron and dumped it nearby with a sprawled message that read ‘The Juwes are/ The men that/ Will not/ Be blamed/ for nothing.’

They All Love Jack: Busting the Ripper 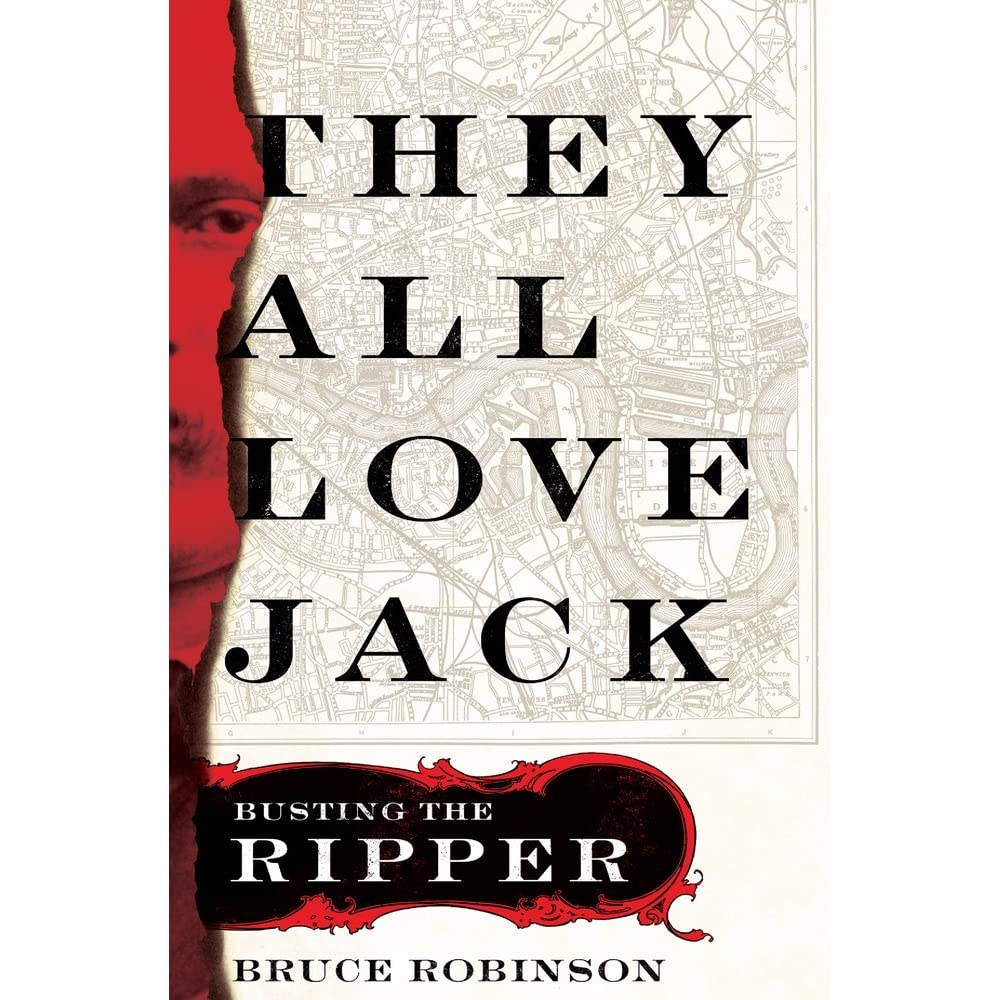 This message was directed to Warren as a part of a mind game played by the killer. In his book ‘They All Love Jack: Busting the Ripper, ‘ author Bruce Robinson termed this a ‘masonic teaser.’

This book is the greatest speculation that links the murder to the Freemasonry.

The word ‘Juwes’ was a childish nickname for Ju(Bela), Ju(Belo), and Ju(Belum), which was an insider Masonic term for Jerusalem Warren.

The commissioner was in shock and ordered the words to be quickly washed off before they were photographed. He feared that the writing would start an anti-semitic riot. This destroyed one of the significant clues the killer had ever left.

Barely two days after Catherine Eddowes murder, a torso of a woman suspected to be Lilly Vass sawn at the pelvis was found. The place of discovery later became Commissioner Warren’s police headquarters.

The simultaneous murder of Annie Chapman and Eddowes is believed to symbolize the execution of Jubela and Jubelo by Robinson.

The torso portrayed the killing of Jubelum, who had been historically condemned by Solomon; ‘taken without the walls of the Temple and there have your body severed in two.’ Also known as the ‘Whitehall mystery.’

Robinson noted that all these tiny bits of details were directed at Warren. The police, later on, denied any association between the torso discovered and Jack the Ripper. The case was closed, and the files coincidentally disappeared.

The author argues that the commissioner was more concerned about covering any tracks that linked the murders to the craft more than arresting the actual killer.

This is because all Masonic allusions recovered from the crime scenes were hastily buried. At the time, the brotherhood was affiliated to the Royal Monarch, and therefore arresting the perpetrator would jeopardize a highly ranked secret society.

The catastrophic aftermath would permanently damage the morals and the status Freemasonry had strived so long to build.

The killer was suspected of going after women who were the root of wrongdoings in society. All the Whitechapel murders were prostitutes.

Freemasonry members believe in a higher power and abide by moral guidance. This is one of the significant reasons that prompted people to assume that the perpetrator was a Mason.

Micheal Maybrick, popularly known by his stage name Stephen Adams, was a famous songwriter in the 1880s and a Freemason. His hit ‘They All Love Jack’ led people to believe that he was Jack the Ripper.

His artistic career allowed him to move to different places in London, therefore, giving him ample time to undertake these murders without arousing any suspicion.

However, historians and legend suggest that Jack the Ripper was from around Whitechapel and had vast anatomical knowledge.

CLICK HERE to see more Masonic myths and conspiracies busted by the truth.

Jack The Ripper Was Not A Freemason

A direct linkage between Jack the Ripper and Freemasonry was never established.

This is mainly due to the fact the actual killer wasn’t found.

All people did is come up with different ideologies based on the evidence recovered on the crime scene in trying to associate the murderer to the Craft.

5 Famous Masonic Buildings Around The World
What Is A Masonic Funeral?
The Modern Freemasons: Who Are They?
How Ancient Stonemasons Built Cathedrals
How is the Apron Used in Freemasonry?
The History of Freemasonry & The Hindu Religion
How Does Freemasonry Make Good Men Better?
A Visit To The Grand Lodge of Scotland (Pictures Inside)